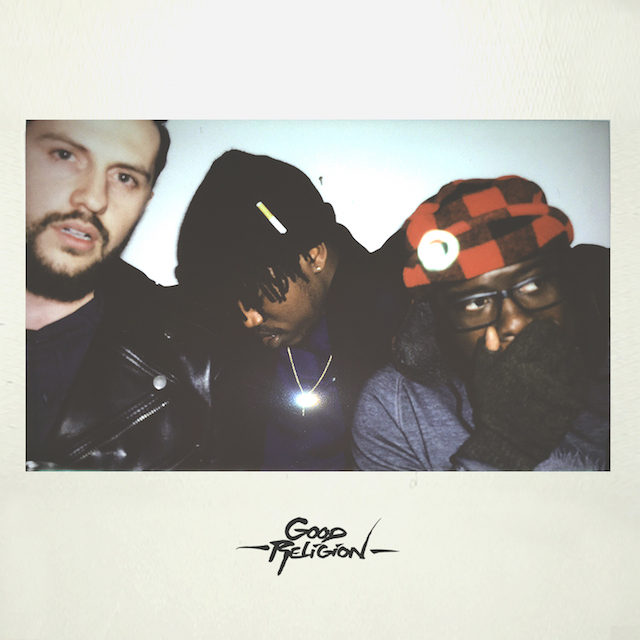 When rappers give acceptance speeches or interviews, you’ll often hear them thanking God and crediting Him for all of their success. But rarely will you hear those same rappers doing that on the songs that glorify their Maybachs, models, and bottles. One Hip Hop collective that gives mad props to the Man above inside and outside of the booth is the Dream Junkies. The Oceanside, California collective is beginning to enjoy mainstream success fresh off a national tour and attention from non religious outlets. Composed of three MCs, John Givez, Beleaf, and Ruslan, the trio recently released their second album, Good Religion, as a group since each put out their own solo albums. They set out with a mission of making each project more cohesive and stronger than their debut, and they’ve accomplished that in many senses at a cost.

Much of the laid back production comes from a mix of names with Anthony Cruz’s appearing the most often. They take cues from darker hued production that Kendrick Lamar has often rapped over–chiefly composed of the bass drum and the lower end of the spectrum for synths. Regardless, the Dream Junkies did an admirable job of keeping one vibe throughout the nearly hour-long affair. While no track directly clones the other, the solidarity may bore some listeners in an age where music fans avidly seek out as many different sounds at one. The most aggressive songs happen to be “Boogie Man” and “Shoot Me” but that’s mostly due to the energy conveyed in each rapper’s voice. If you strip each track of the vocals, you would have thought one producer created a beat tape as his/her solo album.

As a collection The Dream Junkies’ work aims to provide the soundtrack for people to live out the dreams set out by God. And if you’ve gone to church recently or have Christian friends who are willing to share the good news, you would be familiar with the idea that God will not always make life easy by granting whatever you think you need and want in your life. Such lessons and more are expounded upon on the album from sharing memories of free government lunches on “Take Me Back” to mourning deceased friends in one of the country’s more naturally beautiful cities on “Left Coast,” the lyrics don’t come across as too preachy and the lack of cursing for the most part is refreshing. Other standout tracks include the travel weary “On The Road” and Outkast-esque “I Got The Juice.”

The Dream Junkies put a ton of pressure on themselves with the self-assigned task of dropping holy anecdotes while most rappers get by with simply sharing memories. Regular churchgoers may be able to extract the sermon but many others will be left wanting liner notes for direction (or bible verses). With the lack abundance of rewind-worthy moments, it’s easy to let the melodic raps go in one ear and out but a focused listen with an open heart and mind to ruminate over their words will place Good Religion in its proper context.