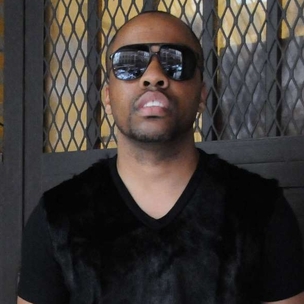 Rapper-turned-producer Consequence describes the recording of “Countdown” with Lupe Fiasco.

“I was in L.A. working with [Kanye West] and G.O.O.D. Music,” Consequence says in an interview with BET. “Lupe lives in L.A. now. We met up and I laid the idea, like, ‘This would be dope if you was on this with me.’ The process of making this record was like two months. I put a verse down and I wanted a great chorus, because obviously when you hear Consequence and Lupe Fiasco, automatically you think lyrics: It’s going to be a lyric bonanza. But for a record of that nature to make sense, it’s gotta have a dope chorus, otherwise it could turn into a freestyle. This moment is bigger than a freestyle. I made some calls because I wanted it to be melodic.”

He says that he learned a lot from watching Kanye West work in the studio.

“I’ve been around, and I always paid attention,” Consequence says. “You think I don’t remember any tricks I watched these people do? Hell yeah. I’ve actually watched Kanye make ‘All Falls Down.’ I watched him cut up the Lauryn Hill sample and everything. I watched him make ‘Get By.’ I rapped on ‘Get By’ before Talib Kweli jumped on it. But I just had a freestyle to it.”

He says that he worked with Kendrick Lamar long before his To Pimp A Butterfly success.

“I was like the first dude from the East Coast to rap with Kendrick,” Consequence says. “I put him on Movies on Demand 2, when he was still rapping on Worldstar. So we had always been building on the phone, but never met in person. When we both flew out to work with Kanye, this was the first time we met in person. We chopped it up. I sent him two joints and he’s like, ‘I’m f**king with both of them.’ One actually got a title, it’s called ‘I Imagine.’”

Consequence says that producing music is a natural outgrowth of his creativity.

“Production for me is an extension of the tree that has flourished, an extension of my creativity,” he says. “It’s probably the same way Eminem looks at how he does beats. But I’m grounded in Rap. I obviously still have a lot of ground to prove as a producer but I had a great start because my first production was Beyonce. So I gotta fuck shit up. I have no choice…I feel like I represent a particular boutique sound when it comes to lyricism, and now when it comes to me doing production, I’m able to marry the two.”