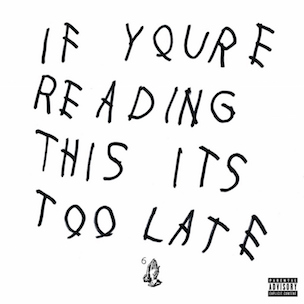 Fans will be able to purchase a tangible copy of Drake’s latest album, If Youre Reading This Its Too Late, soon.

According to Hits Daily Double, the project will be receiving an official physical release on April 21.

The initial unexpected digital-only release arrived on iTunes nearly a month-and-a-half ago. Yet, its been extremely successful. If Youre Reading This Its Too Late is currently still in the top 10 on Billboard charts and the mixtape has sold over 770,000 copies, to date.

When the project hits shelves next month, there will reportedly be two additional songs on it. “How About Now”, a song that surfaced on Drake’s OVO Soundcloud last year and a previously unreleased tune titled “My Side.”

DatPiff founder Kyle Reilly told HipHopDX last month, If Youre Reading This Its Too Late was intended to be released for free download on DatPiff and hosted by DJ Drama until Cash Money Records intervened.

Neither Drake nor his label has released an official announcement regarding the physical release of the mixtape.

UPDATE: Drake’s If Youre Reading This Its Too Late will be released in physical form April 21, according to Billboard.

The Toronto rapper-singer’s project was released as a surprise mixtape February 12.