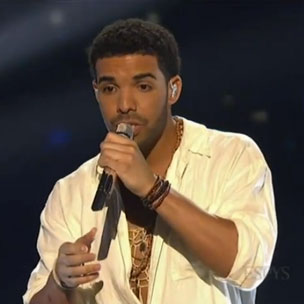 Nearly half of Billboard’s Hot R&B/Hip Hop Song chart is comprised of tracks that either feature Drake or belong to his surprise album, If Youre Reading This Its Too Late.

According to Billboard, the “6 God” rapper is responsible for 42 percent of the 50-position chart. He has 21 concurrent songs on the list.

The feat sets a new record for the most concurrently charting hits. Drake surpasses his own previous record of 14 tracks on the Billboard chart, which he initially set in 2013 with the release of Nothing Was The Same and which he also matched last week, following the debut of IYRTITL.

All 17 songs from his new album, IYRTITL, have entered the chart, mainly due to his online success of downloads and streaming. Nielson Music has reported that for the week ending February 22, each track has been streamed at least 1.8 million times in the U.S.

While “Energy” is the highest ranking song off the album at #9 on the chart, Drake has two Top 5 collaborations with Nicki Minaj, with “Only” and “Truffle Butter” coming in at #4 and #5, respectively.

For the second week-in-a-row, If Youre Reading This Its Too Late is also the #1 album on the R&B/Hip-Hop Albums chart.

Check out the full list of Drake tracks that are currently charting on the Hot R&B/Hip Hop Songs chart below: