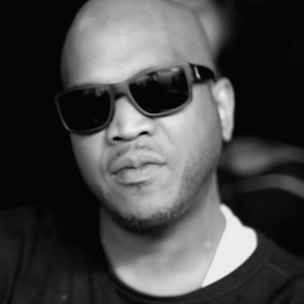 Styles P spoke with Vlad TV and says he can relate to Lil Wayne wanting to leave Cash Money.

“I know how it feels to be on a label and want to get off a label and not be there,” Styles P says.

In December, Lil Wayne made waves when he Tweeted that he wanted off Cash Money Records.

The New Orleans rapper has been with the label for his whole career and has built a strong relationship with Cash Money CEO Bryan “Baby” Williams, who has acted like a father figure to Wayne.

“I’ve been in them situations,” Styles P continues, “so I know for a fact that you, me or anyone else doesn’t know all of the details. You could just go off of what you, what’s pretty much in front of your face. But that don’t mean you get to see what’s in the locker room.”

The Lox, made up of Styles P, Jadakiss and Sheek Louch, released its debut album, Money, Power & Respect, under Diddy’s Bad Boy label.

The trio became unhappy with the Bad Boy deal and joined Ruff Ryders (under Interscope) to release the follow-up, We Are the Streets. After a quiet decade, Sheek revealed that the group was also discontent with Interscope. The group released The Trinity under its D-Block label in 2013. The next year, Jadakiss and Styles P described The LOX as free agents.

In 2000, Lil Wayne, a member of the Hot Boys, and Styles P, with The LOX, toured together on the Ruff Ryders Cash Money Tour. Styles P says he feels for Lil Wayne.

“Him and Baby, whatever they differences is, are, pardon me, I hope they’re able to work it out,” he says. “But I also know how it feels as an artist to be uncomfortable and wish him nothing but the best and comfortability and I hope he finds his way to do what he needs to do.”

When asked if he believes that Puff Daddy made his career when the Bad Boy owner signed The LOX, Styles P has a quick response.

He appreciates what Diddy did by giving the group its big break, but he compares himself and the other LOX members to Michael Jordan’s natural talent.

“We always compared Bad Boy to the Bulls, but Michael Jordan’s still Michael Jordan,” he says. “Him being with Phil [Jackson] and the Bulls definitely helped him, but he’s still Michael Jordan. Me, ‘Kiss and Sheek, we’ve got bars like no matter what, you can’t take that from us. That’s what we do. I would feel like that if maybe we would have died and we wouldn’t have lasted after our discrepancy, but he definitely helped us bring us to a different plateau. To this day, there’s shit that I still use that I’ve learned from Puff, so definitely it helps. I think as a person, as an artist, you gotta always have that belief in yourself first and foremost.”

Watch the interview with VladTV below.