Jadakiss stopped by Hot 97’s Cipha Sounds and Rosenberg show to discuss a few topics, touching on a recent studio session with Kanye West. After appearing on his remix of Chief Keef’s “I Don’t Like”

remix, Jada said that in addition to appearing on ‘Ye’s upcoming album, he’s hoping to get a few beats for his and The LOX’s respective LPs.

“Ye’s so big of an artist and he did so many types of various different projects to 808’s to Watch the Throne to all of his Graduation joints, I guess he’s feeling like he wants to come back to a certain point of music. So he called me up,” he said. “Ye’s just lining up his missiles for the next album, and of course, I’ma get one or two for my album, for The LOX album, for me and Styles’ album.”

As for The LOX’s deal, Jada said nothing’s been ironed out yet. “Hopefully, this year. We tryna get the deal signed. I wish it could be signed before Memorial Day,” he said. He also noted that he tried to link back up with Bad Boy Records, but explained that making another deal with Diddy wasn’t easy.

“We tried to make it work. Between Ruff Ryders and Diddy and just being scared of any little thing going wrong from the first situation, it just didn’t work. He’s still a big homie. Even if we went back and actually tried to get another deal, he would do it. But I think that was just too many conglomerates,” he said. “All of the things we went through earned us a mutual respect from each other on the creative tip and just as men. We got different respect.”

Jadakiss also touched on Mase’s return to rap, which took the form of Wale’s “Slight Work”

remix. He’s spoken on his reemergence before, but reiterated that Mase has to be serious about coming back to Hip Hop. 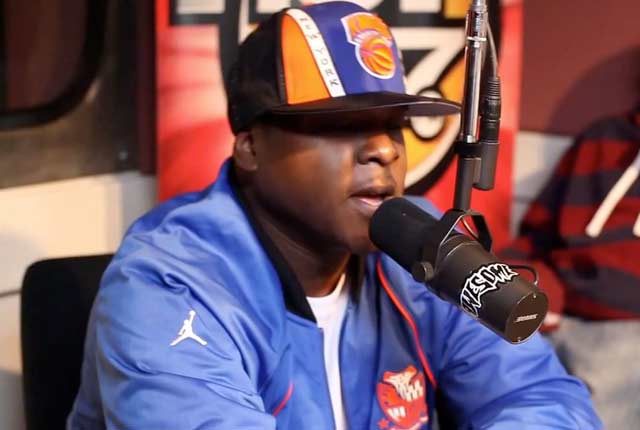