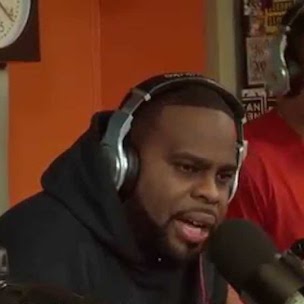 KXNG CROOKED, formerly known as Crooked I, is slated to release his Sex, Money and Hip Hop project December 16 through SMH Records, information the Long Beach, California rapper is announcing exclusively through HipHopDX.

The Slaughterhouse emcee describes the project as a “mixtape experience.” It is slated to feature appearances from Slaughterhouse, Emanny, Horseshoe Gang, Shale, Bo-Roc from The Dove Shack and Novel.

Production on the project, which will be available exclusively at smhmerch, was handled by Justice League, Jonathan Hay and Mike Smith, Sarah J, DJ King Tech, Aktive and Rick Rock, among others.

The Sex, Money and Hip Hop cover art and tracklist are as follows: Sick Of Being Broke featuring Emanny

Produced By: Lavish and Sarah J

Hardest In The Game

Lift Me Up Featuring Novel

Produced By: Brainstorm and Sarah J

Produced By: Montage and Sarah J

Make Way For The KXNG