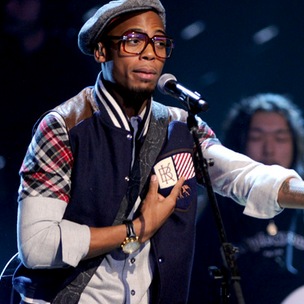 B.O.B. Says He's "Back To Making Eclectic Music" On Next Album

With an eight-track mixtape called New Black released on the holiday yesterday, B.o.B. recently spoke with HotNewHipHop about the direction of his upcoming album and his thoughts on ongoing protests over the news that a Ferguson Grand Jury decided not to indict Darren Wilson for the killing of Michael Brown.

Explaining how his New Black mixtape title stems from a series of controversial Tweets he sent out in August regarding the outcry over Michael Brown’s death, B.o.B. admitted that channelling his feelings through music is the best recourse.

“What created it was I caught a lot of heat for some statements I made, and people started calling me ‘New Black,’” he said. “So I was like I’m just gonna take that and make it my own. Really just leave it open for interpretation, for however you receive the material. That’s the best way to do it. Don’t try to do it through Twitter. Learn through me.”

Opening up about his plans for his fourth album, the Georgia-based rapper spoke about returning to a previous sound.

“This album is more like The Adventures of Bobby Ray because it’s more music,” he said. “My last two albums, Strange Clouds and Underground Luxury, I just wanted to be in the club. That was it. Wasn’t trying to sell no albums. Wasn’t trying to do no big Pop records. I was just wanted to be in the club. Once I felt like I got that out, once I got that load off, it was like, ‘Alright, I’m good.’ So, now, with this fourth album, I’m just back to just making eclectic music, genreless music. Picking the guitar up a lot more. I been touring with my guitar. One of the artists on my label produces. It’s crazy ‘cause we went to the same high-school. He’s like a musical genius man. He play the keys. He’s just a genius. We been working on the album. I just really been having fun with it.”