The YMCMB in-fighting continues and it doesn’t look like it’s stopping anytime soon. Coming off of insults Tyga made in recent interviews, the two decided to take it to social media and really ratchet up the beef in public.

It all started over the weekend when Tyga and Kylie Jenner posted Halloween photos of them dressed up. Subsequently, Blac Chyna, Tyga’s former girlfriend, liked some of Drake’s photos on Instagram. Tyga then jumped onto Twitter and responded by saying “That ain’t my hoe” (which has since been deleted). The Toronto native then fought back, sticking to Instagram, with a picture of Jenner in the background of a Drake gathering. And then Chyna decided to fire again, posting an Instagram picture (which has since been deleted) of her with Drake tagged in it and a caption of “Miss Me …..#neverforget [lips emoji].” The subtweeting seemed to end there. But it wasn’t over.

Early Sunday, Blac Chyna took to Twitter to explain some things. She said that her relationship with Tyga was only “about the money” and that she was a “gold digger” (which, again, have all been deleted). Chyna then claimed her Twitter was hacked by Tyga when she posted a picture note Instagram and said she’s working to get back control of it.

Young Money headman Birdman spoke on the in-fighting after it started to bubble up. Drake’s right hand man Chubbs also took fire at Tyga via social media leading to this most recent public beef. Lil Twist has also taken shots at YMCMB, particularly his management who he believes is mishandling his career.

View all relevant social media posts regarding the Drake and Tyga beef below (all deleted tweets were captured by Complex): 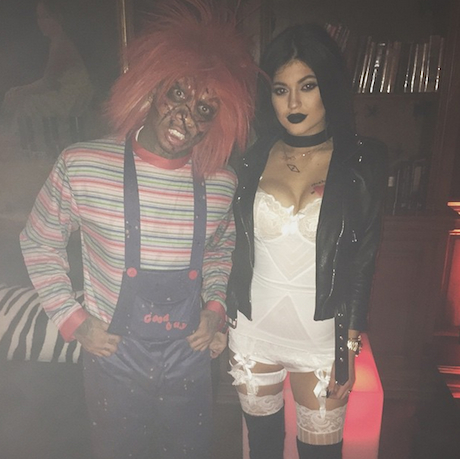 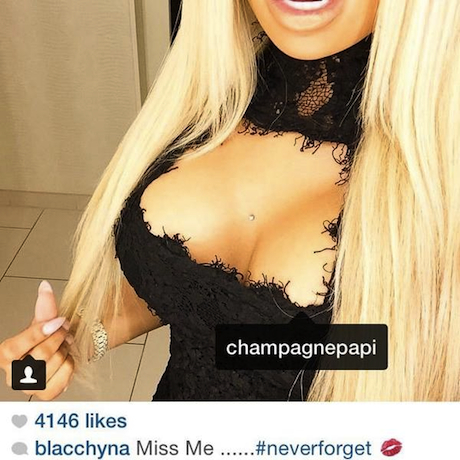 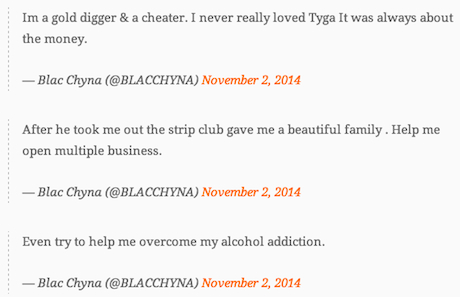