Trey Songz earned 95 thumbs up and 71 thumbs down for Trigga to earn this week’s #1 spot. Meanwhile, Ces Cru earned the second place slot with 75 thumbs up and 63 thumbs down for Codename: Ego Stripper. A reader named Michael celebrated this release, saying, “CES CRU the best crew!” An anonymous reader echoed these statements, saying, “Ces cru deff need more sales, but at lease 6k people like myself have something good to listen too.” 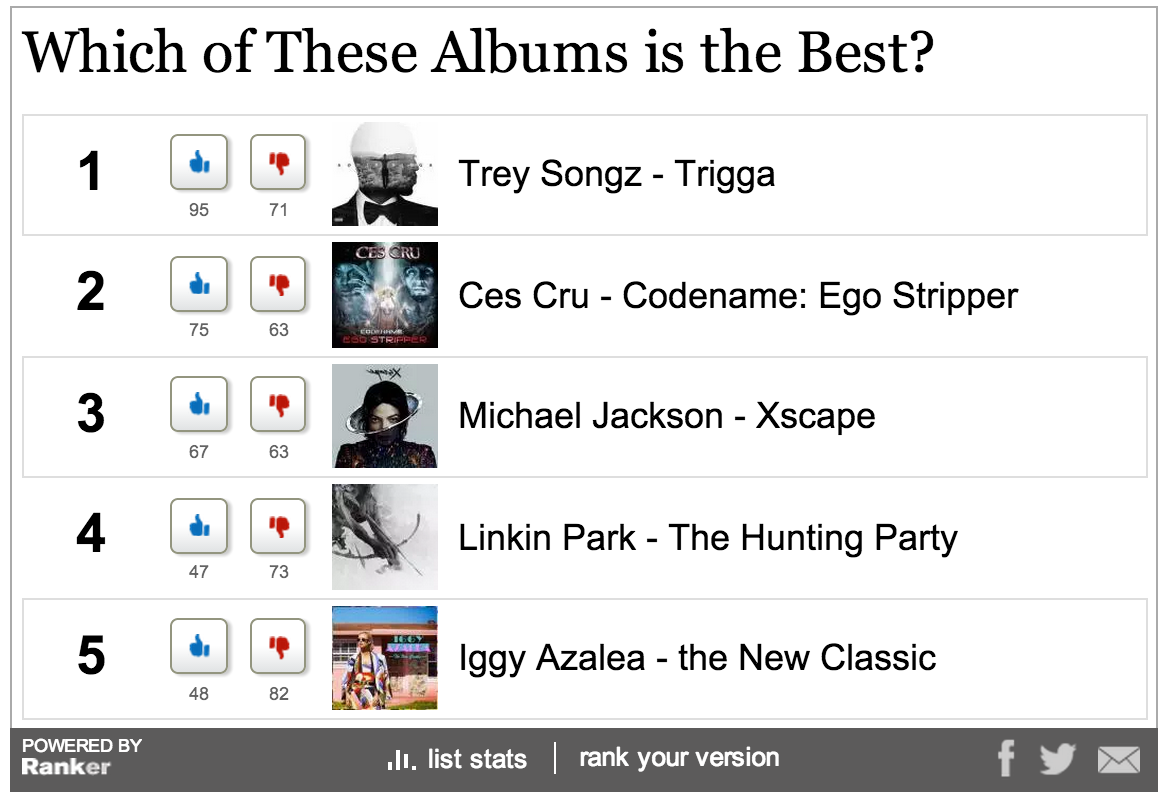