After working extensively with producer Vanderslice, AWAR wanted to try something different for the pair’s The Winning Team album, which was released today (July 22).

“I thought it was important to showcase how diverse Vanderslice and Green Steez’s sound has become by choosing a variety of beats and giving my concepts the same kind of diversity,” AWAR says during an exclusive interview with HipHopDX. “Some of the best Hip Hop records ever created were groups consisting of one rapper and one producer so for the most part we stuck to that aesthetic.”

For his part, Vanderslice says that combining his sample-based beats with Green Steez’s ability to play the keys, bass and guitar gives The Winning Team, which features Freddie Gibbs, Troy Ave and Latoiya Williams, among others, an extra sonic dimension.

“Being able to explore his talents and my crates, we were able to keep a balance of sounds,” Vanderslice says during an exclusive interview with HipHopDX. “There are super tough joints like ‘Wake Up Call,’ ‘Orange Boxcutter 2’ and ‘Broad Daylight’ and there are also songs like ‘Cloud Nine’ featuring the resplendent Latoiya Williams and ‘Another One,’ which sounds like a Salsa record. It was just nice to be able to do things a bit different and still keep the edge.”

“The range of sounds allowed me to get as loose as I wanted with the bars and flow, and as with every record the approach is to create something that leaves a lasting impression on the listener,” AWAR says. “This is not microwave music that came together overnight, this is something that I took my time with and am confident that it will be timeless in terms of quality. Ten years down the line, if you throw this album on it’ll still bang in your speakers.”

The Winning Team cover art, tracklist and stream are as follows: 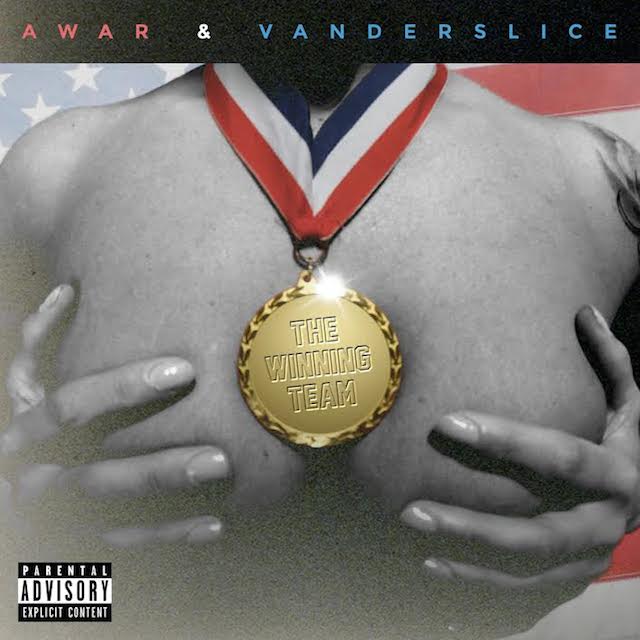 8. We Belong To The City (Prod. Vanderslice)

13. Another One (Prod. Vanderslice)