50 Cent posted a video of Slowbucks’ recent press conference on Instagram with the following caption:

The post follows another one, in which 50 Cent published a photograph of several rats. This post’s caption refers to “Unity SBOE.”

As reported in June, Slowbucks’ attorney John Bostany announced an investigation into the Summer Jam chain snatching incident and seemed to implicate 50 Cent.

“He was jumped by a bunch of guys that had one thing in mind, to try to hurt his brand,” Bostany said. “They know he is the founder of Slowbucks, the #1 urban brand on the rise today. They want to hurt that brand and they are trying to hurt that brand. We are going to put and end to that. We’re here, I’m a trademark attorney, I’m a copyright attorney and I fight unfair competition.

“I looked at the videos and I heard 50′s interview on [Hot] 97 by Angie, who did an excellent job questioning him,” Bostany added. “And I heard his responses and his demeanor. If you look at him he says, ‘Oh I was looking at the crowd.’ I didn’t know what was going on behind me. I  was happy that day.’ But if you look at him when he’s telling that story, he doesn’t look happy. He doesn’t look like he want to talk about it. If you look at the videos, every single one, whether he’s the one picking up the chain or not is irrelevant. His body is facing what’s going on and the he turns around, in the middle of it all, and faces the crowd.”

The 50 Cent video is below, followed by a screenshot of the post and its caption. 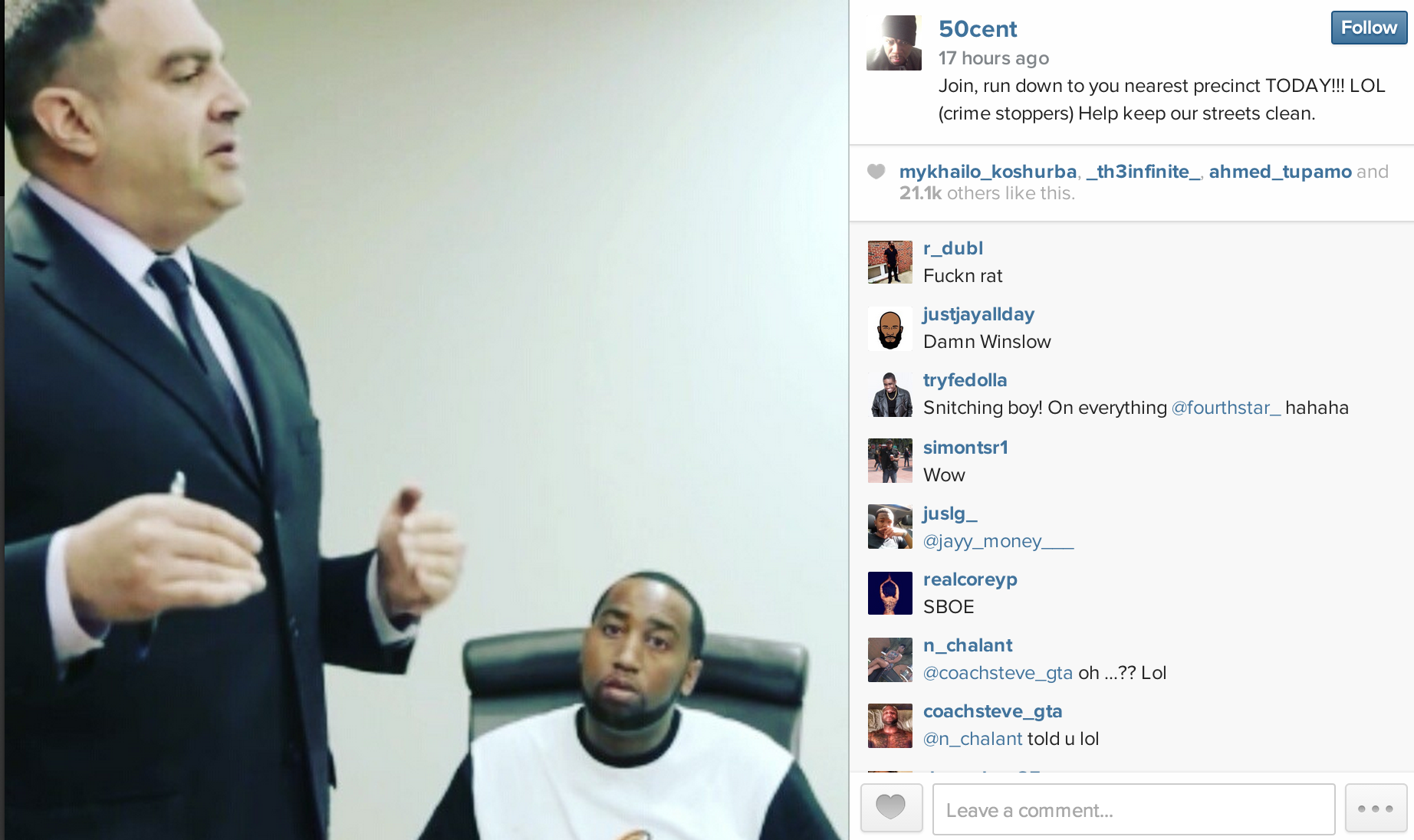