Dom Kennedy is set to embark on his “Get Home Safely Tour” in January, as per Rap Radar.

His “Get Home Safely Tour,” which is scheduled to include Skeme, is slated to hit various cities throughout the country, starting with Baltimore, Maryland January 23 and ending in San Francisco, California February 27.

In September, Dom Kennedy spoke with HipHopDX about his Get Home Safely project.

“I feel like people will be proud to say that this is their favorite Rap album of the moment,” Kennedy tells HipHopDX about Get Home Safely—his upcoming sophomore LP due before the end of the summer. “It represents something bigger than just $10 or just one person.”

Get Home Safely earned a 3 out of 5 rating from HipHopDX. 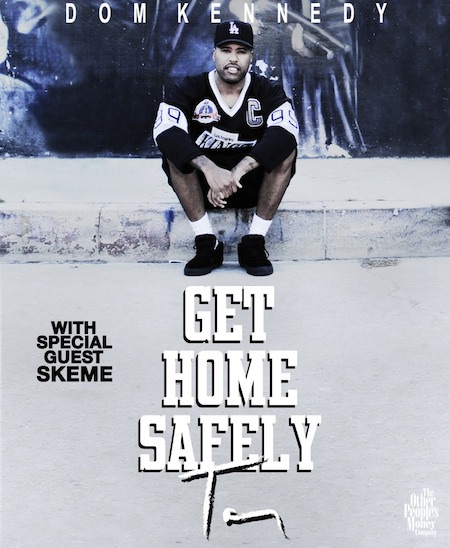 Tour dates can be found below.

UPDATE: Dom Kennedy and Krondon are set to go on the European leg of the Get Home Safely Tour. The dates for this leg of the tour is as follows. 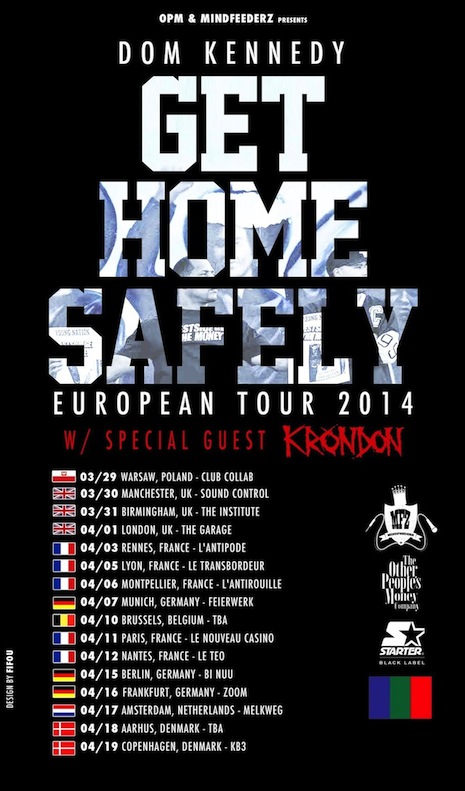