Skyzoo Comments On The Sale Of Notorious B.I.G.'s Childhood Apartment

With the recent sale of the late Notorious B.I.G.’s childhood apartment in Clinton Hill, Brooklyn (previously Bedford-Stuyvesant before rezoning), many including Brooklyn rapper Skyzoo were left wondering what would happen to the apartment, which was listed at a little under $800,000.

Speaking with Coalmine Records, both Skyzoo and Hip Hop journalist Rob Markman suggested that the apartment be made into a museum or gallery in honor of the late rapper.

“If possible, it should be turned into some sort of museum or gallery. Not the entire brownstone, just his actual apartment. The issue though, becomes who’s gonna pay the $1800 a month plus lights to keep it open,” said Skyzoo.

“As a fan I’d love to be able to tour the apartment and see how Biggie lived before his rise to becoming one of the greatest artists of our generation. A move like that would go a long way in showing that Hip-Hop music is genuine art-often times our music and culture is viewed as something less,” Markman added.

Skyzoo, who grew up not too far from the famed lyricist, also spoke on his brief encounters with the rapper as a teen.

“I met B.I.G. when I was 13. His road manager Hawk, who’s a good friend of mine, lived directly across the street from me, so B.I.G. would be there pretty often,” the rapper revealed. “One day he was out there and I went out there and said what’s up to him and he was real cool. But as a kid I saw B.I.G. all the time in passing, as well as Kim, Cease, etc. They were the older kids in the neighborhood before they were Biggie and Junior M.A.F.I.A., and my friends and I were the little bad kids playing basketball and running out of the corner store with pockets full of candy. Good times, man. Good times.” 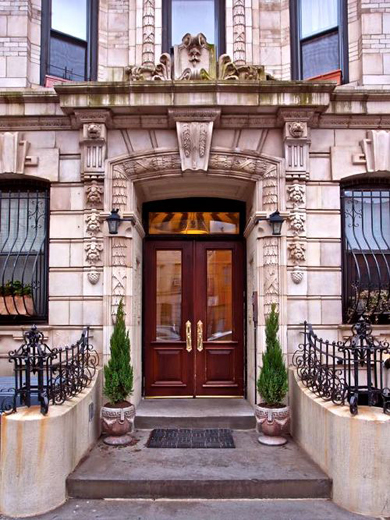