Black Hippy To Cover Next Issue Of RESPECT Magazine Today, RESPECT magazine’s Editor-in-Chief Elliott Wilson announced, via his Rap Radar, the photography and interview publication will next feature TDE/Interscope Records quartet Black Hippy on the next issue.The issue will also feature content on Lil Wayne, Tyga, Big Sean, Nicki Minaj and Diddy, among others. 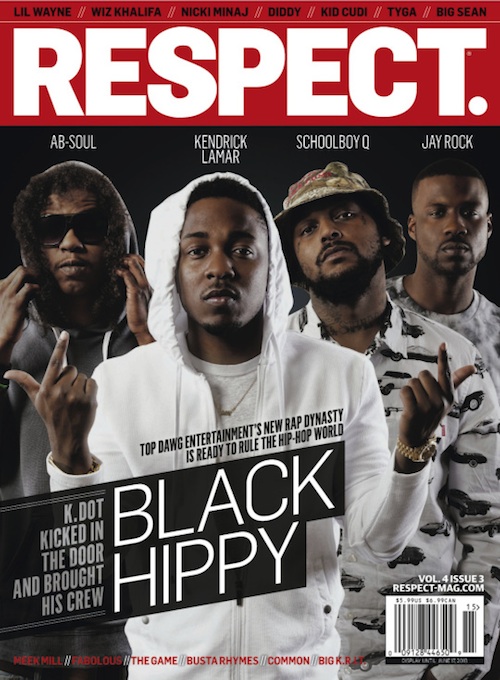 The next issue of RESPECT hits newsstands on April 30.