Kendrick Lamar Speaks On Fame And Status Of Black Hippy

The past couple of years have been a journey of sorts for Kendrick Lamar. He’s worked on independent releases, established a buzz and released one of the most critically acclaimed projects of last year with Section.80. Now, as the Compton emcee readies his Aftermath debut, K. Dot is experiencing new found fame. Recently, Kendrick Lamar shared how he views fame in an interview with DubCNN. The latest Aftermath signee also explained the status of Black Hippy.

“You know what’s crazy? I don’t even consider myself famous,” K. Dot said when asked about fame. “I still be doing the same old shit. It ain’t really hit me just yet. I still move around. I just get stopped more. The experience has been crazy.”

K. Dot was also asked about the status of Black Hippy. According to Lamar, the group has only released four songs to the public. He added that they record constantly but said they have plans to grow as individual artists before releasing a group project.

“You know what’s crazy about Black Hippy, man? We put out like four songs, man. We have like four songs and people been talking about Black Hippy for the past 2 years, wondering when something’s coming. It’s one of them situations where we just want to get every artist individually off the ground first…We want to solidify everybody.”

Lamar also noted that the rumored Good Kid, Mad City title may not be the official name of his debut Aftermath project. K. Dot recently released his Dr. Dre featured “The Recipe,” produced by Scoop Deville. 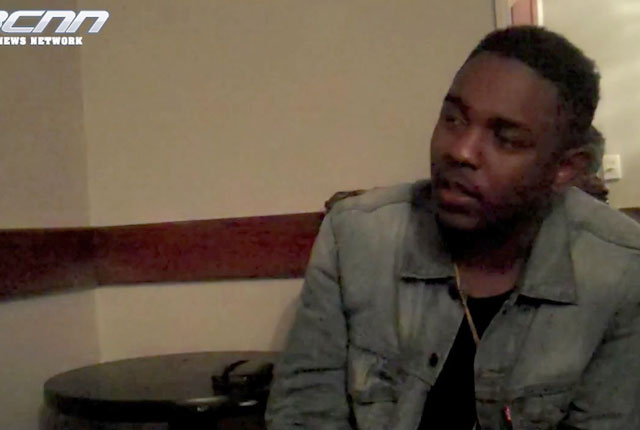