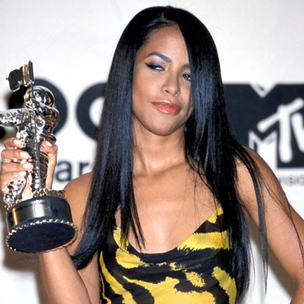 Any fan of Hip Hop will find the past couple of weeks in music to be completely confusing. Albums are being pushed back left and right, then songs with big rosters are coming to the surface. On top of all that we’re in limbo on a few upcoming projects. It’s all one big state of flux. The good news is that while we’re all playing a big game of “hurry up and wait,” the music is still coming. Check out what made the list this week, what stayed from last, and what may possible remain for the next.

Drake Takes His Aaliyah Obsession To The Top Of the List

There have been several talks about this project happening for quite some time. Aaliyah’s posthumous album, comprised of songs that were recorded right before she passed, was the big elephant in the room that everyone was afraid to address. Of course the fans want more Aaliyah music; they’ve wanted it since her untimely passing in 2001. However, with Drake and Noah “40” Shebib being named as the Executive Producers on the album, many people’s heads are spinning as to whether or not the Drizz really deserves this honor. It sounds like it’s happening either way, and the first single to leak, “Enough Said,” shot right to the top of the list. The track, produced by “40,” features Aaliyah’s breathy vocals with Drake ad libbing and dropping down some bars. Did you like it? Did you hate it? Well, either way, you checked for it. It’s #1 this week.

2 Chainz Brings His T.R.U. Story To The Masses

The artist formerly known as Tity Boi is gearing to drop his album Based On a T.R.U. Story next week on August 14th. Def Jam’s had the album very tightly under wraps, with the exception of a big party at New York City’s 40/40 Club two weeks ago. Other than that the project has been pretty locked up, until now. We’re starting to finally see some glimpses into Chainz’s  project and the fans are wanting more. At #2 this week we have 2 Chainz with The-Dream being “Extremely Blessed.” From there at #3 we have 2 Chainz’s “Flossin.” Then Teta Chico returns assisting Tyga out on the track “Do My Dance.” closing out the list at #10. So 2 Chainz is everywhere, and pretty soon so will his album.

5. Asher Roth – The World Is Not Enough