2 Chainz called out “lazy rappers” last month for excessively remixing his songs. During an interview with Rap-Up TV, Tity Boi elaborated on why he doesn’t approave of other artists putting thier own spin on his tracks, claiming that it detracts from overall artistry and diminishes the creativity of the original song.

“I just think we should make more original compositions, so we can keep music moving forward,” he said. “When 10 people do the same song, I don’t know how you can say who’s the best. After so many people do it, who really cares which one was the best song when it came from someone else’s original idea.”

He also spoke on his Nicki Minaj-assisted track “I Luv Dem Strippers” off his upcoming Def Jam debut Based on a T.R.U. Story. The Playaz Circle member said that it speaks to his Atlanta, Georgia roots and geared the song towards the strip joints in the area.

“That song is just a natural organic song for anybody from my region,” he said.. “We’re slightly infested with strip clubs, but it’s a beautiful thing when you learn the art of it as far as the pole tricks and things like that.” 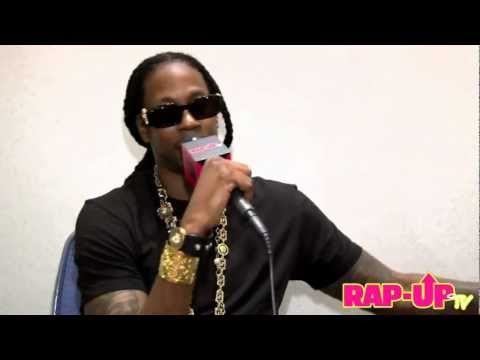