After being asked numerous times why he chose to change his stage name from Tity Boi to 2 Chainz, 2 Chainz finally chose to explain the reason behind the name change during his interview on Shade 45 late last month.

Aside from signifying his growth as an artist 2 Chainz also spoke on his new stage name being more “family friendly.”

“I’ve been doing a lot of media runs up in New York lately promoting my CD T.R.U. Realigion and every single interview I do they like, ‘What’s up with the name change?’ So this is the universal answer,” 2 Chainz explained. “I just came up with it yesterday over a big bowl of kush for breakfast. I thought of it yesterday morning, check it out. I go by Tity Boi, let me run this to ya’ll, I’m one half of Playaz Circle. I did a song called ‘Duffle Bag Boyz’ in ’07 with Lil Weezy. I was signed to DTP/Def Jam and all that. And so people ask me where the 2 Chainz came from I tell them I always talk about jewelry and I always been saying 2 Chainz in a lot of my songs. But lately like the last year or so I’ve been saying it in introducing my records like ‘2 Chainz!’ and kinda making it family friendly. However you wanna say it.”

2 Chainz went on to explain that the name 2 Chainz also signified his second chance in music after being a part of Playaz Circle and being signed to DTP/Def Jam.

“I started noticing a change early in the year when I was going to the mall and young ladies would be yelling ‘2 Chainz’ or whatever. So my answer is when I did ‘Duffle Bag Boyz’ in ’07 that was like my first look. Now this right here would be my second chance,” said 2 Chainz. “You know like 2 Chainz, second chance. So I thought that that would have a little more substance.” 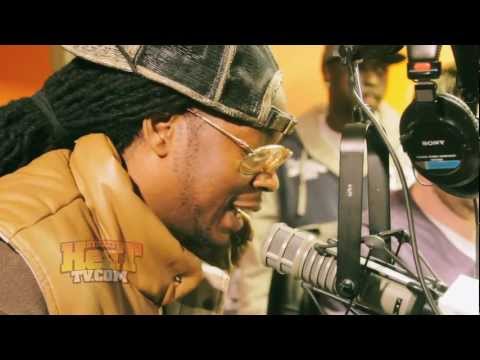