PowTV recently caught up with 2 Chainz a.k.a. Tity Boi of Playaz Circle at a listening session. During the session, Chainz touched on the issue of quality control in the rap game, saying that he feels rap needs its own Simon Cowell of “The X-Factor” and “American Idol” to ensure that artists are making the best quality music possible. He added that he would appreciate someone giving him constructive criticism about his music, but that someone who would provide such services could be quickly labeled a hater.

“A lot of people know that I’m doing a lot of features now, but you gotta know that my turn-around is like 24 hours [for a verse],” he explained. “This is our job…there needs to be a nigga like [Simon Cowell in rap] – not no hater-ass nigga, but a truth telling-ass nigga. We’re talking about the nigga that says…’That was a nice style, let’s put it on paper,’ and then that shit [doesn’t work out]. Somebody that wants to be analytical like that. I’d appreciate that in the game, especially for me because I can take constructive criticism…it ain’t gotta be no shit where you son a nigga. You can pull a nigga to the side and tell him to work on [his craft].”

The Atlanta rapper also spoke on keeping humble despite the fame he’s garnered over the years. He said that he never gets egotistical with either fans and artists and the he always tries to respond to any shout-outs he gets from anyone that runs into him. He added that it’s certain artists’ super-star attitudes that are most adversely affecting the state of Hip Hop today, and that emcees need to foster a sense of unity between themselves and their listeners.

“I think everybody [in the game] got too cool, the whole about coming into the room and shit,” he said. “It’s like all of us [rappers] know we’re in the room, but niggas act like they don’t see each other…that shit is what’s fucking up the game. I ain’t got to dap every nigga down, but at [least] say what’s up. That shit’s what took [me] a little bit further than the more arrogant [artists]…that’s the little shit that might separate from another nigga, ‘cus I’ll be in the airport and pull that move [and] I’ll [say], ‘What’s up?’ when I hear my name…I don’t know how to fake talk on the phone, I don’t know how to listen to my headphones [and ignore someone]…I could have my headphones on for real, and if I hear you, I’ll still acknowledge you. You know when niggas start getting them checks…they [get arrogant].” 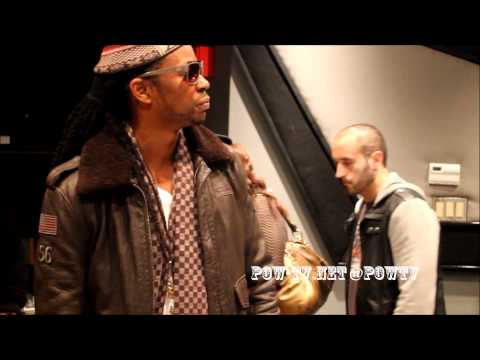