BBC Radio’s Tim Westwood recently caught up with G-Unit’s go-to mixtape maestro DJ Whoo Kid. During the interview, Whoo Kid talked about 50 Cent’s new as-of-yet untitled fifth commercial album, telling Westwood that he heard nine new songs from the Queens rapper in the last week that harken back to his 2003 debut Get Rich Or Die Trying.

“[50’s] in the lab getting his reinforcements. I heard like nine crazy joints last week, so it should be a good look,” Whoo Kid said. “He better come with it, and from what I’ve heard, I assume he will. In my format of bootlegging music and putting [music] out there, what I heard was serious [music].”

Whoo Kid also discussed his views on the state of Hip Hop music at large. The G-Unit DJ said that he feels that the focus in Hip Hop has been overly geared towards young kids that just want to party. At the same time, he took the time to also take aim at 50’s former verbal sparring partner Rick Ross, saying that he’s an overzealous facsimile of gangsta rap.

“The state of Hip Hop is for the kids: dance music, snapping, and occasionally gangsterism,” he explained. “The gangsterisms [of today] are not defined as reality. It’s like they’re in a movie, like Scarface…would you believe Rick Ross is gangster from his music? There’s no focus in Hip Hop, but it’s cool. It’s fun for the kids, everybody’s happy.” 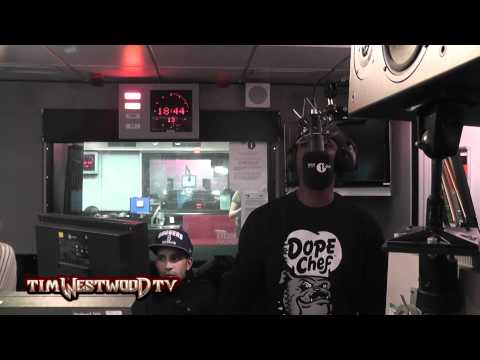