While in London Town on tour with Wiley, DJ Whoo Kid took time out to speak about his

“I’m debuting a new Dr. Dre record,” said a visibly-excited Whoo Kid in an interview with Soul Culture. “Everybody in the goddamn U.S. is gonna hear that fucking shit going on!”

“I got MTV to debut it with me with Sway,” added Whoo Kid.

The G-Unit DJ revealed that the name of the song is “Up Against the Wall.”

“It feels like he’s kind of on some hardcore shit,” he opined. “NWA-type feel. Like he’s back, he’s calling out haters…fuck y’all, no more Mr nice guy type ish.”

The track will appear on a Slim da Mobster mixtape, but Whoo Kid added that there would be an entire Dr. Dre mixtape down the line. 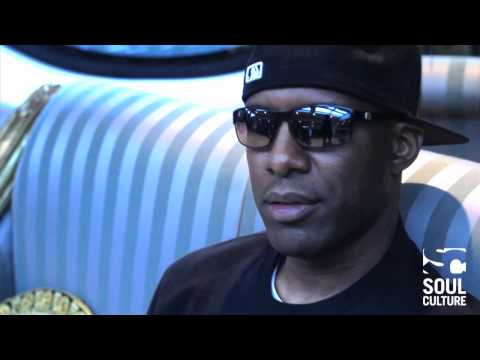