With the critical success of last month’s Cats & Dogs, Evidence has given more credence to the idea that sometimes a few years of anticipation is worth the wait. The Dilated Peoples member told Las Vegas radio host Bootleg Kev that he’s changed and fine tuned his writing process. He said he no longer inundates the mic with unchecked emotion, but instead edits himself where he thinks necessary. This, he’s learned from his peers in the game whom he wants to keep up with.

“That comes from hanging out with emcees like Fashawn, Blu, and chillin’ with Jay Electronica and Crooked I–I could just keep naming rappers and all these people I’ve been around who’ve made me wanna be like ‘It’s cool to have a dope voice but I wanna be on songs with these people and not be the weak link.'”

He said that while his first solo album, The Weatherman LP, receives a lot of love from fans, it’s hard for him to listen to.

“I listen to my old stuff and cringe a lot. But a lot of people like it. And I talk to a lot of other artists and [I tell them] ‘Oh, I love your old stuff’ and they be like, ‘Oh I hate that! I want you to listen to this [new stuff].’ We’re just like that as artists. If you wanna make an artist feel good walk up to him and tell him you like his latest release…they love that.”

As far as a Dilated Peoples album releasing, Evidence hopes that one will be released next year. That would make five years since the group released its last album. However, he says the group has already started laying down some tracks. “Things took a little while. Maybe longer than they should have,” he said. “But we’ve dropped nothing weak. [Rakaa’s] Crown of Thorns is amazing, Cats & Dogs is living up to expectations…there’s really not much to complain about as far as weak material.” 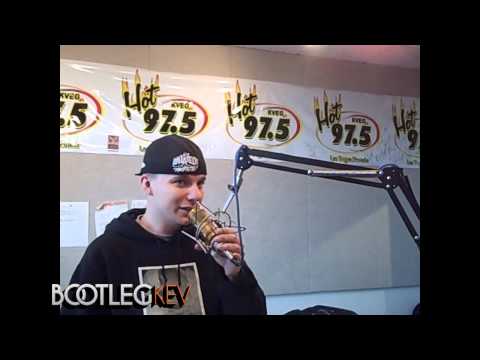