Dilated Peoples emcee Evidence has waited four years to release the follow-up to his last release, The Weatherman LP. “I’ve been through heartbreaks to breakups to makeups to broke again / Now I’m back again, my soul on the rope again,” rhymes Ev on “I Don’t Need Love,” indirectly promising artistic growth on his latest project

“The Liner Notes” simultaneously tows the line between soulful and sinister, as the samples play to both aesthetics and portends things to come. “Strangers” very clearly caters more to the sinister side of things, as Ev waxes paranoia over a heavy descending horn loop. The West Coast emcee brings the heavy hitters out on aptly-titled “The Red Carpet,”

which features Raekwon and Ras Kass, and is produced by Alchemist. Ras Kass steals the show, perhaps becoming the only person in history to make a “Saved by the Bell” reference and still sound gully as hell.

The crime talk really gets going on “It Wasn’t Me,” as Ev spits his own sort of superhero theme song over distant organs: “This is crime scene cinema all the weed shops closed / Is it back to charging motherfuckers four for an O? / I don’t know, I keep a rotary phone so I remember all the numbers of the homies who gone / Proof is in the pudding, I’m pressed up and labeled evidence / Chasing fame, dragons, chicks and dead presidents / Dreams but never snatch chain of any measurements / Because of my name, for every fuckin’ crime they find my relevance / Choices in my life I want to correct / I got voices in my life that I wanna forget.” Sure, it’s a bit theatrical, but listeners will be hard-pressed not to bob their heads along to the track.

The best word to describe “You”

is probably “cool,” which is a bit of a disappointment, considering the cut is produced by none other than DJ Premier. The production is minimalist and fine, but probably skates a bit below expectations. On the other hand, the track’s bounce, replete with a little attitude of its own, provides a nice compliment to Evidence’s flow, which is typically not his forte. “Well Runs Dry” is a pleasant surprise that takes on the unpleasant subject of the U.S. economy, and highlights just how strong the well-placed features on this album are: Krondon, Lil Fame, Slug, Roc Marciano and the aforementioned Raekwon and Ras Kass are nothing to scoff at.

Subject matter has never been an issue with Evidence. While he definitely likes to stick to his own status in the game a bit too much, there’s enough to keep the listener engaged in that respect. And his ear for production is, at times, phenomenal. But, as Evidence has shown time and again, his actual emceeing and abilities leave too much to be desired to bring this project full circle. Just look at him alongside emcees like Slug and Ras Kass on this album alone. It’s hard to call his flow a flow—it’s more like talking on beat. Maybe it’s laziness; maybe it’s a lack of natural ability, but it heavily detracts from the experience, which has otherwise been meticulously constructed. Still, Cats & Dogs is a moody, well-produced album that, at times, is brimming with meaning—something not entirely common these days. 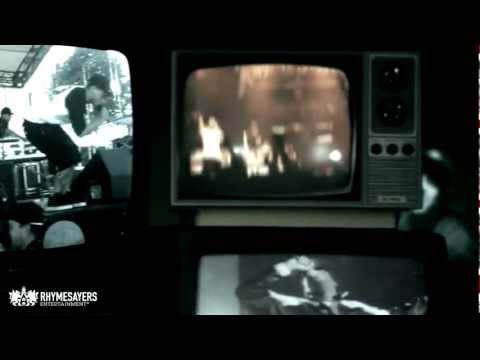