J. Cole is dropping his debut Cole World: The Sideline Story on September 27th, the culmination of years on the grind. During an interview with FlyTimesDaily.com, the Roc Nation rapper says the resulting product is worth the wait and that the album will most likely stand the test of time.

“Timeless. I feel like six months from now, one year from now, two, three years from now, it’ll give you the same feeling. It’s got a feeling, it’s got a sound to it,” he said. “Like The Blueprint. I’m not saying it sounds like Blueprint… I’m saying I can throw the album in at any time and I’ll know what it’s going to sound like and how it’s going to feel. Like it’s one of those. But only time can tell.”

He also spoke on his production on the LP, explaining that though he produced the majority of the tracks, he still had a hand in the others.

] when Drake comes in or I come in, guitars and piano… I handled like 95 percent of the album production wise, which I’m super proud of, of course.” 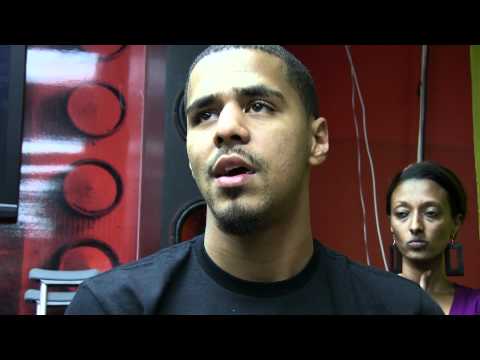