Jay-Z was on the sidelines at New Meadowlands Stadium in New Jersey on September 11, when the New York Jets played the Dallas Cowboys in the first Monday night football game of the season. Hov took a minute to chat with a sports reporter about the events surrounding 9/11.

“Of course it’s a very powerful and painful day for us, but again, we should be showing our resolve,” he said. “We’re moving on, playing football, and everything is great out here.”

Jay also shared his memories of September 11, 2001, when he happened to be on the west coast for work. “I flew to L.A. I was shooting a video for a song called ‘Girls, Girls, Girls,'” he began. “I’d dropped my album The Blueprint on the same day. And I just remember waking up in LA and thinking everybody was playing, like ‘That can’t be,’ then turning on the TV and it looked like something from one of those apocalyptic movies.” 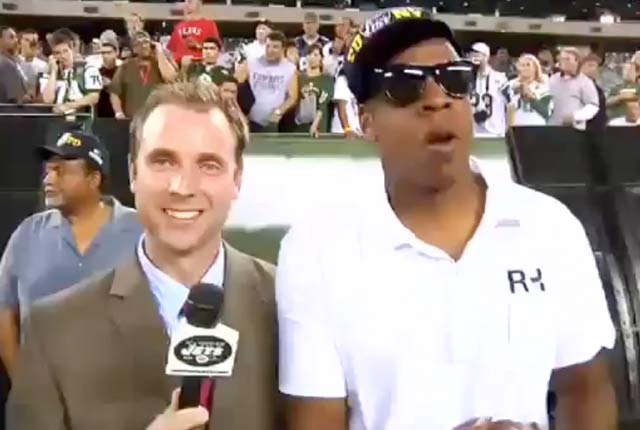