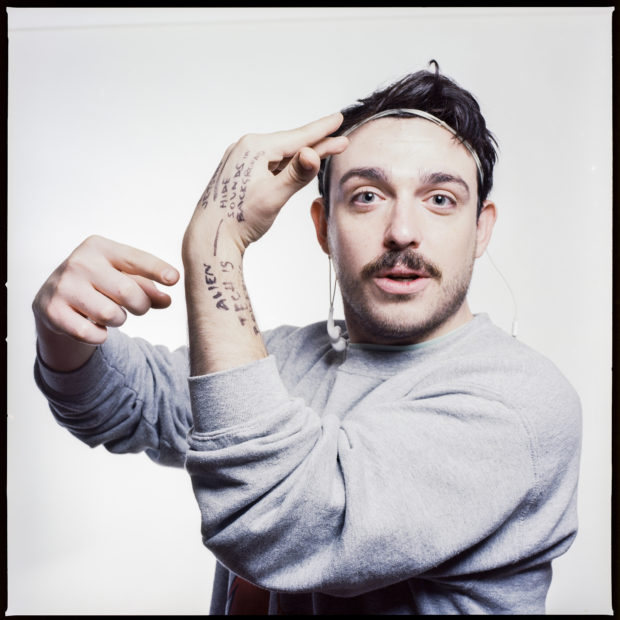 The Upright Citizen’s Brigade is responsible for the careers of some of the biggest names in the entertainment industry today — including Amy Poehler — and Rob Tanchum would like nothing more than to see his name added to that list.

“My heart is in TV, particularly animation, so I’m developing stuff in that realm,” he tells HipHopDX. “There’s a pitch I’m working on now which is kind of the natural progression from this album that’s an animated rap musical. I also write a ton with my best friend/comedy partner Max Ash- we’re currently working on our second feature script in addition to several sketch comedy projects.”

Tanchum is talking to us today to promote his new Hip Hop album, Disturbed, Depressed, Inadequate, which has just been released on Starburns Industries. Billed as a “comedic rap album,” Tanchum first started getting buzz for his rather unique brand of Hip Hop back in the summer, when he released “IDFSG (I Don’t Feel So Good),” and started getting buzz in indie music circles.

But the album — which features music composed by Superfool (Kevin Hall and Shawheen Keyani) and named after an infamous outburst by George Costanza on Seinfeld — tackles serious issues, too. Namely, Tanchum wanted to use this musical platform to talk about mental health, including his own battles with depression.

“All I could do was be honest about my firsthand experience and hope that it might be cathartic for someone else who experiences the same type of issues,” he said. “Just by virtue of who I am, mental health always ends up playing a role in things I write. I’m a firm believer in normalizing mental health issues, so I’m happy it’s become a trend in art and that I’ve contributed to it in some small way.”

To that end, Disturbed, Depressed, Inadequate features the theme of a depressed loser from Earth, who is abducted by alien scientists (Dan Harmon and Jeff Davis) who probe his unconscious mind and extract a concept album of self-loathing, id-driven rap songs. Featured artists include Dan Harmon, Jeff Davis, Iman Europe, Sinsay, and Kaleigh Young. It’s also being offered as a cassette tape from SBI Press’s “Tape of the Month” club.

Unusual as this may be, Tanchum manages to pull it off very effectively. If “mumble rap” is allowed to exist, so too should Disturbed, Depressed, Inadequate.

Tanchum has no qualms with his interloper Hip Hop status — though he cites Dr. Dre, Talib Kweli, Common, Outkast, and Kanye West as musical influences. That said, he hopes that ‘heads will give him a chance to prove he means well.

“I’m a comedian and I love rap music. I’ve been mostly privately writing raps since my freshman year of college,” he reveals. “[But] I know I don’t belong in Hip Hop, so this album is kind of my ‘Excuse me, sorry, pardon me’ into rap. It’s like a self-imposed psychoanalysis set to music.”