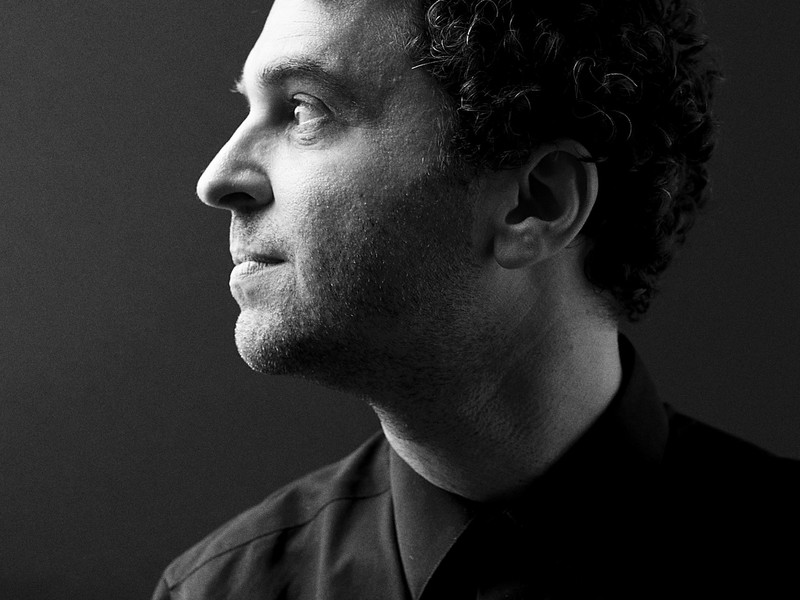 MC Paul Barman has always existed on the proverbial margins of rap. His intricate lyricism and quirky style are just as endearing to some as they are off-putting to others, making him a cult figure in Hip Hop.

Fans of Barman can count themselves among some of Hip Hop’s most respected artists though. He’s received adoration from Phonte; shared the mic with legends such as Masta Ace and Kool Keith; and collaborated with a who’s who of producers that includes Prince Paul, Questlove and MF DOOM — all three of which are back behind the boards for his new album, (((echo chamber))).

Dude, I'd pay money to hear your Flex freestyle. https://t.co/mYx26wBngE

It’s been nine years since Barman released an album and a lot has changed. Now, he’s a family man who’s watched hardline politics and technology allow people to exist in a bubble where feelings outweigh facts. What hasn’t changed is his complex rhyming, the result of his ever-meticulous writing.

Before its official release, HipHopDX brings our readers an early stream of Barman’s (((echo chamber))) album. We also caught up with him to learn about his life since 2009’s Thought Balloon Mushroom Cloud and get insight into his latest work.

HipHopDX: It’s been almost a decade since your last album. What have you been up to the past few years?

MC Paul Barman: Good things take time to create! Also, I find that my work is more needed during times of less hope. I’ve been working on several projects in parallel and this is the most recent to come to fruition.

I was working on custom songs and scrolls for weddings and anniversaries. I was raising a family. I did put out a big mixtape last year, Blue Moon Kaboom.

HipHopDX: What made Mello Music Group the right label to partner with for your return?

MC Paul Barman: Mello was the first and only label I called. They are home to most of my current favorite artists. The proprietor founded the label partly after the inspiration of seeing me perform at a gallery near his home on my Paullelujah tour.

HipHopDX: What are the biggest changes, positive and/or negative, you’ve seen in the music industry since your debut EP in 2000?

MC Paul Barman: That’s a tough one as it presupposes I know much about the music biz or that it, in fact, currently exists at all. Streaming and internet has been a massive land grab. My real understanding is that when Virgin Records told the labels, “Hey $16 is too much, we need to reduce the price,’ the labels got greedy and raised it to $20. That was the tipping point. Used CDs were too cheap, of exactly the same quality, and then when Napster and CD burners came out, there was no goodwill and no more record stores. Also, the Twin Towers fell (bad), the internet happened (bad probably) and I had kids (mostly good).

HipHopDX: Did today’s political landscape inspire your new album? Did it feel like it was impossible to avoid?

MC Paul Barman: In the last election, the personal became political in a way probably not seen since the 60s, but I can’t say for sure. My intention with this album is to break down the tribal barriers in a last ditch effort to work together to tackle the climate crisis and economic upheaval that is sure to divide us even more than a single despot.

We live in a world with so many options and information that we can now literally choose to isolate ourselves with only those who think alike. We can literally find support for whatever opinion we want to believe. These groups become our echo chambers and they are part of what is pushing us backwards towards tribalism and false divisions. This album explores these self-imposed, very limiting chambers and attempts to push past them.

The triple parentheses on the album cover and around each song title is the internet symbol for an echo chamber. The only song on the album without them is “UNDOING ALONENESS.” This is to represent that only outside of our echo chambers can we be free to connect with others and not be truly alone. The last song on the album, “((((((Antennas)))))),” has two echo chambers around it, representing people coming together to amplify energy and become more

HipHopDX: In your work, specifically “YOUNGMAN Speaks on (((race)))” from this album, how do you balance humor with a heavy subject matter?

MC Paul Barman: I asked YOUNGMAN and here’s what he said: “I SPEAK ON WHAT I SEE AND I DON’T KNOW NO OTHA WAY THAN TO SAY IT DIRECT. PEOPLE SEE THE DOUBLE STANDARDS RIGHT IN FRONT OF THEIR PUNY WHINY BEAKS BUT DON’T SPEAK ON IT BECAUSE SCHOOL TAUGHT THEM THAT PROTECTING WHITE SUPREMACY IS POLITE.”

It’s funny, I was just talking to my son about some tricky questions in his state math exam and how tests will test your knowledge in some aspects, but to ace it, you need to be tricky. Why don’t we test directness? Humor is the best way to talk about anything because a physical laugh opens a figurative door where mind-changing is possible.

HipHopDX: Were any of the concepts or songwriting on this album particularly challenging for you to pull off?

MC Paul Barman: Yes, but without challenge, I’m not interested. I will say that a new approach was finding the right vocal tone on each track as opposed to just subject matter and pattern and whatnot. Somehow, it seemed clearer in this process when the song was asking for a different flavor of delivery song by song. Quest’s epic music for “(((meat n bone)))” asked for a rhyme and arrangement that wouldn’t peter out or bore senseless but continually enthrall.

Also, when Memory Man hipped me to Daylyt, particularly his snake scheme in the battle with Mike P, my jaw dropped and I realized I was looking at currently the most advanced lyricism in English. I needed to push towards it or past it somehow but all of a sudden, my early efforts looked like weak entries to a whitebread punning contest. I realized context is everything and the wordplay resonates when it’s more pointed.

I wanted to take this type of lyricism, typically acapella, to a beat, but who was I going to battle? Myself, of course. So, I developed a splitting scheme where the double meanings are about duality itself and the battles we have internally. We’re working on a video treatment for the song that resulted, “UNDOING ALONENESS” produced by Kenny Segal.

HipHopDX: There’s some excellent production with the likes of DOOM, Questlove and Prince Paul involved …

MC Paul Barman: Glad you liked it! They’re the best!

HipHopDX: How involved are you on the production side?

MC Paul Barman: I’m completely involved — for a concept to come to life it has to be built in collaboration in the beginning or else you’re really losing opportunities. That said, if the beat comes as is, I’ma wreck it one way or another. But I always have little flourishes or tweaks to add.

HipHopDX: Are there any plans to tour in support of (((echo chamber)))?

MC Paul Barman: Yep, starting with July 25 at Low End Theory in Los Angeles with Kenny Segal on the boards. Maybe something sooner too, not sure yet.