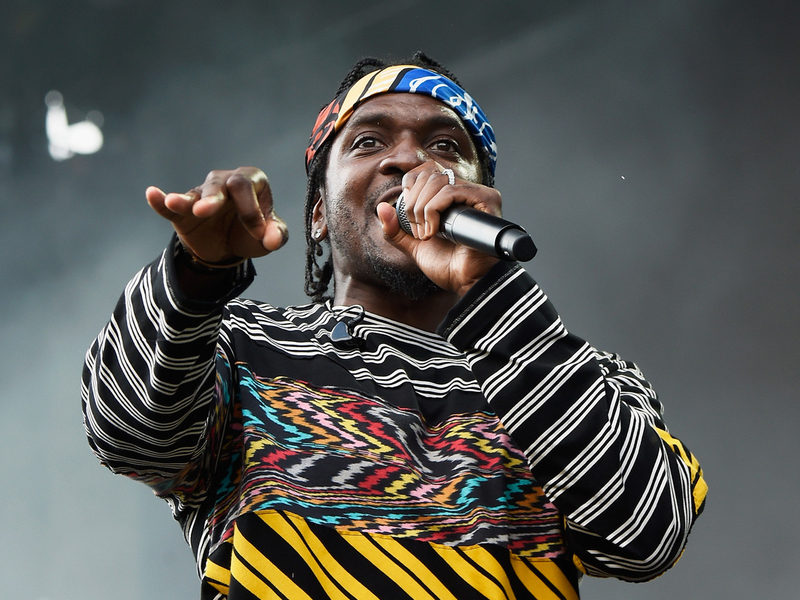 Rappers get bored too. That fact has been made obvious as our Instagram feeds have become littered with countless Instagram Lives. Whether it’s Guapdad 4000’s series of “Rona Raps,” or Tory Lanez’s “Quarantine Radio,” artists are finding creative ways to pass time while being on lockdown.

Instagram Live has also been the setting for virtual battles over the past few weeks. Superproducers Timbaland and Swizz Beatz went head-to-head for a battle of the beats, before starting the Verzuz battles, which also brought RZA and DJ Premier for an iconic show-off. As mandatory lockdowns were extended until late April in cities such as New York, Hip Hop fans are hoping the digital showdowns are here to stay.

While the battles have largely been between producers, we are waiting patiently for the MCs to log on and try to outrap their peers in a hit-for-hit battle. HipHopDX has compiled a list of matchups we’d like to see between artists and a few suggestions of what songs they could include.

Discover the diamond inside you ! Love..real people”

Raekwon is a foundational figure in New York Hip Hop. From his work on any of the now-classic Wu-Tang Clan albums to his solo projects Only Built 4 Cuban Linx and last year’s The Appetition, he’s a tried and true hard-spitting rapper from Staten Island.

Pusha T might be from a later generation, but he carries with him the soul from the old school. Both are known for their masterful delivery and unrivaled penmanship. Raekwon should start off the battle with his iconic “Glaciers of Ice”featuring Ghostface Killah and Masta Killa. It’s only right then King Push would play Daytona’s “If You Know You Know.”

Houston rapper Travis Scott has long praised Kid Cudi as being an undeniable influence on his sound and music. If Kid Cudi is the godfather of ethereal Auto-Tune, Scott is his next of kin.

@pamelalittky Gus is my new buddy 🤗

The two artists have been at the forefront of pushing rap further into psychedelic sounds, and their battle would be full of hums and yeahs! Cudi could play “Trapped In My Mind,” whereas Scott could play “Mamacita” from his cult classic Days Before Rodeo mixtape.

It’s a battle of the bald-headed lyrical titans. Since Freddie Gibbs released his instant classic Bandana with the help of super producer Madlib, he’s been well-regarded as one of the prominent lyricists in the genre. Royce Da 5’9 has been at the peak of lyricism since his early days with Slaughterhouse.

Both rappers are masters with the pen and have an uncanny control over their flow. It would be interesting to see Royce to play his heavy-hitting collaboration with Eminem and King Green, “Caterpillar,”while Gibbs could play Giannis” featuring Anderson .Paak off Bandana.

Lil Wayne and Young Thug may have two distinct rapping styles, but the controlled chaos of their music would make for an enigmatic and energetic competition. Wayne’s one of the most colorful lyricists to ever grace the mic.

Young Thug, on the other hand, is one of the most enamoring artists of any genre. Both artists could dig deep into their catalogs, with Wayne playing “Walk In” from Tha Carter and Thugger playing “Never Had It” featuring Young Dolph from his critically acclaimed Barter 6.

To Pimp a Butterfly turns five years old today! What's your favorite song from the album?

This is a matchup that Hip Hop heads have been awaiting for years. Rumors have cycled multiple times claiming K. Dot would pair up with J. Cole for a joint album. Unfortunately, that collaboration has yet to come to fruition.

Dreamville presents. Revenge of the Dreamers 3 dropping tonight at midnight. I’m happy I made the cut #rotd3

Frankly, these two generational G.O.A.T. rappers could only be paired up with each other. Cole could dig up 2014’s “Fire Squad” from 2014 Forest Hills Drive and Kendrick to go all the way back to 2012 with good kid, m.A.A.d city’s “Backseat Freestyle.”

East Atlanta’s J.I.D and Long Beach’s Vince Staples both rap with a vengeance any time they hop on a track. J.I.D has been on a mission to disprove the harmful stereotype Southern rappers aren’t lyricists since his 2017 project, The Never Story.

Staples has been steadily creating a blend of California gangster rap with introspective lyrics. The two young MCs would be best paired if J.I.D played his explosive “LAUDER” and Staples played his 2014 hit “Blue Suede.”

Who Ready For The Faucet Failure Video ????

Ski Mask The Slump God and Denzel Curry are both from Florida and rap in a post-genre style, complete with rage, screams, and hard bars. Curry and Ski battling each other would be a high-intensity competition that would blow out your iPhone speakers.

Curry should pull his latest hit, “DIET_” from his recent collaborative album with Kenny Beats. Ski should come out, guns blasting, to his breakout hit from STOKELEY, “Faucet Failure.”

Even aside from the seemingly endless beef between ex-lovers Nicki Minaj and Meek Mill, the battle between these two rap heavyweights would be a sight to see for the music alone. Nicki and Meek are ruthless on the track, and are both unafraid of taking shots.

Ideally, Meek could bring out his older, rawer sounds present on the track “Off the Corner” featuring Rick Ross and Nicki could pop off with 2018’s anthem “Chun-Li” from Queen.

Playboi Carti and Lil Uzi Vert have had a strange relationship. There’s supposedly scores of unreleased collaborative tracks hidden in the vault between the sometimes estranged peers. Their raucous sounds bounce seamlessly off one another, which would likely lead to a successful battle.

Carti has to lead off the battle with “New Choppa”featuring A$AP Rocky from 2017’s Playboi Carti, while Uzi should set the tone with “Lo Mein” from his brand new and long awaited Eternal Atake.

LIGHT ONE UP We don’t know which way the worlds is taking us !!!! Be Blessed

Offset and 21 Savage has been a fitting pair since dropping their Metro Boomin-produced joint album Without Warnings in 2017. Offset’s relative bubbly and bouncing cadence goes unexpectedly well against 21’s cold-hearted, ruthless bars. The two Atlanta trappers are a match in lyricism and delivery.

Offset could lean into his mastery of the triplet rhyme scheme with the reflective but captivating “How Did I Get Here” featuring J. Cole from 2019’s FATHER OF 4. 21 could live up to his name with the chilling “No Heart” from his Metro Boomin-produced Savage Mode.

It’s a battle of the babys. Lil Baby and DaBaby have very disparate sounds and styles but would make for a thrilling bar-for-bar battle, flooded with ad-libs and flashy chains.

Lil Baby and DaBaby could go back and forth endlessly in a battle of the new school. Lil Baby should queue up “Sum 2 Prove” and DaBaby should come out to “BOP.”