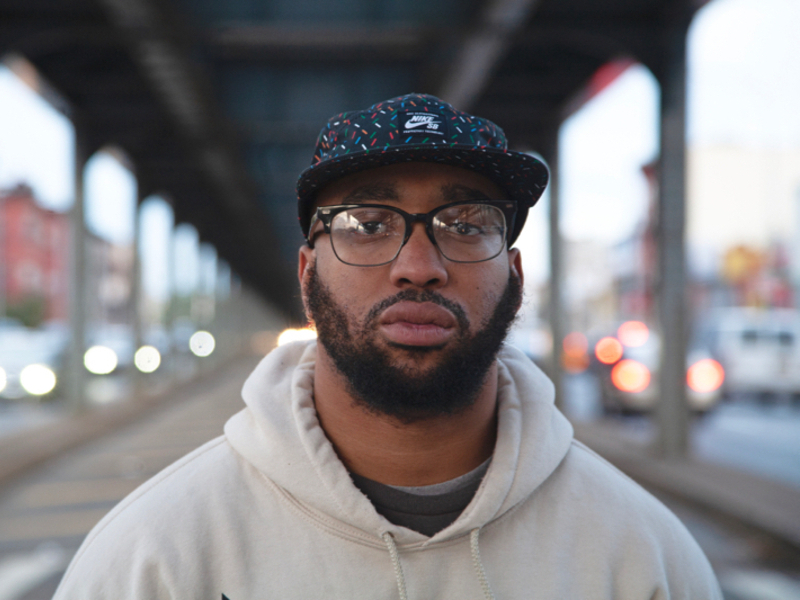 Death hasn’t stopped Sean Price from leaving an indelible mark on Hip Hop in subsequent years. Although the beloved MC passed away in 2015, collaborative projects such as 2018’s Metal Detectors EP with Illa Ghee have allowed fans to enjoy previously unreleased music from the Heltah Skeltah member like it’s brand new.

The latest posthumous release from Sean P, the Small Professor-assisted 86 Witness, arrived in February courtesy of Duck Down Music and Coalmine Records. Small Pro had been working with Sean prior to Boot Camp Clik rhymer’s death and was finally able to bring the album to fruition in 2019.

Following its release, HipHopDX connected with Small Pro for a special track-by-track breakdown of the LP. Executive producer Matt Diamond also joined in to provide some additional insight on the album’s creation.

Small Pro: “This song arrived late into the making of this project. I was looking for just the right thing to set off the album —something celebratory, something big to match the personality of P. When I heard the string sample, I was like … that’s it! I put the drums on it and added the Biz beatbox, and that was it for me. Matt Diamond had the idea to add DJ Revolution to the mix, and he brought the track to life. He added Roxanne Shanté saying, ‘We came here tonight to get started,’ which was the same song I sampled for the beatbox, so it was like he was playing off of what I started. All the other cuts just perfectly introduced P, using vocal snippets from tracks that came out in 1986 along with some previous lines from P.”

Small Pro: “This was probably the very first beat I made for this project. I was trying to make the most Sean Price beat I could muster, and this is what I came up with. This was also among the first two beats that P recorded, of what I initially sent him, so it was cool to feel like we were starting off our artistic partnership in a creative groove.”

Matt Diamond: Once the track was finished, I thought it needed a vocal/scratch hook combination to give it a real war-like anthem. Adding Rock was a no brainer, and then Rev jumped on and just murdered it. Those outro cuts though, damn. Next to ‘Boom Bye Yeah,’ ‘King Kong’ and ‘Pyrex,’ this track is — in my humble opinion — Sean’s hardest record.

Small Pro: “During one of the few phone conversations, P and I shared our mutual love for beatboxing — whether by itself or part of a beat — and talked about our favorite beatboxers: Biz, Doug E. Fresh, Rahzel, etc. He had also dropped a song called ‘Kurt Rambis’ around this time, which was based on the same Biz sample I used for the intro. So, when it came time to start working on some beats for this project, I came up with the idea to flip ‘Latoya’ by Just-Ice, partly because of how P’s flow sounded DOOM-influenced around this time and also because of the 1986 connection.

“When he sent me a demo back, I thought it was fresh but that it needed more. I ended up using another verse he recorded to a completely different beat as P’s second verse. And then one day at work I heard ‘La Di Da Di’ and had the bright idea to flip the end for a beat switch halfway through P’s second verse. I immediately told P my plans, who didn’t seem to particularly care. When I got the demo sounding like something, I sent it to Matt, who damn near lost it. Then, P direct messaged me on Twitter. ‘Yo,’ he wrote. ‘You put those two verses on one joint,’ not really asking. I replied that I couldn’t resist myself, and sent ‘em the new version of the track. He responded like this:

“I would later find out (via Dan The Man) that producers putting his verses on different beats without his permission was a pet peeve of P, so this was the point in the album making process that I decided to trust my creative instincts 100 percent.”

Small Pro: “This was originally going to be Sean Price featuring Armand Hammer (Billy Woods and Elucid), but it was decided at the last minute that we wanted this to mirror a song from my Highway Robbery collab LP with Guilty Simpson titled ‘Go,’ which also features Elucid and Castle. The hook was originally Billy Woods repeating the ‘fight, fight’ refrain from Apache’s song ‘A Fight’ because the song was called ‘Midnight Rounds’ — get it? — but since we needed a hook and a verse, we went with Castle. P came up with the idea to turn the title from ‘Round Midnight’ — a Herbie Hancock reference to his 1986-released Round Midnight OST into ‘Midnight Rounds,’ which had its own ring.”

Small Pro: “This was completed near the end of the album, after P’s passing. I wanted to do a song where it was basically me and me alone honoring P, as every other song on the record is P, me and at least one guest. Another Highway Robbery callback to an instrumental track on there called ‘Blap.'”

Small Pro: “This was a beat that I hoped P would jump on, and it ended up being a standout of the project. It went through a few different incarnations in terms of personnel, but Your Old Droog was asked by P personally to be on this song, and he absolutely wrecks his verse. Guilty and AG Da Coroner came later, but it all fit together perfectly when we had all the different pieces in place. For the beat, I was attempting to do my own version of ‘Shadowboxin’ by GZA, except I added drums; If this had been done a few years later, the additional drum break probably wouldn’t have been part of the original demo (a.k.a. the Roc Marci effect).”

Small Pro: “Originally, this was P and Illa Ghee (who has one of the strongest guest appearances to me), but we eventually got Rock to round out the last verse before the scratch outro. His presence on both the songs he’s on helped to give the project some continuity instead of every song being something completely different, as far as the guest appearances go.”

Matt Diamond: “Yeah, I love the way that Illa flips ‘rock’ for the second half of the verse, especially considering that Rock wasn’t even on the track at the time. I wanted a verse from Rock on this project anyway, in addition to his hook on ‘Refrigerator P,’ so his verse was the missing piece. The one bar scratch hook kept the pace of the track uninterrupted, and then Rev just goes off with reckless abandon for the outro cuts, which transitions into such a dope beat changeup.”

Small Pro: “This was another one of my favorite beats that I made for this project and was glad that he decided to lay something on it. I later found a video of P spitting this verse acapella on YouTube, so it may have been a rhyme he had written previously that just so happened to fit the beat really well, but whatever the case was, it came out pretty well. DJ Revolution added scratches at the last second and it feels like it’s him rapping his own verse but with his hands.”

Matt Diamond: “By the time you get to the beat changeup/scratch routine, you really gotta just appreciate the amount of detail that went into this project. Just about every track has its own unique feature, and this track is no exception. Whether you’re a fan of P or just a beat fiend, you just gotta admire the attention to detail. This outro beat has a real Dilated Peoples feel to it that meshed perfectly with Rev’s cuts.”

“86 Witness was initially supposed to be P and both of our respective rap camps on my production, so for the remix, I wanted my Wrecking Crew team members and Reef (who had worked with P previously) to get their shine as an answer of sorts to the original version. Reef’s verse is the only one on the entire project that acknowledges P’s passing, and it’s a standout for both that reason and how Reef adapted P’s cadence at certain spots, in tribute.”

Small Pro: “At the time we were making this project, it was considered by Matt and I that the original ‘Refrigerator P’ was the standout track and would make for a good remix. P got his man Rob Kelly to add a verse to what he had already done, and I tried to make a beat for the song that was different enough from the original yet still kept the overall feel of the project.”

Matt Diamond: “I didn’t think P’s intense delivery would work on such a laid back beat, but it does, and it’s all completely in pocket. It reminds me of one of those Roots singles from back in the day where there’d be all these different remixes and they were all dope. And the instrumental hook works … just lets the beat breathe between verses. It’s got such a Philly vibe — perfect way for Small Pro to put his stamp on this already exceptional body of work.”

Sean Price and Small Professor’s 86 Witness is available now for streaming and purchase. Physical copies and album bundles are on sale via Duck Down’s online store.