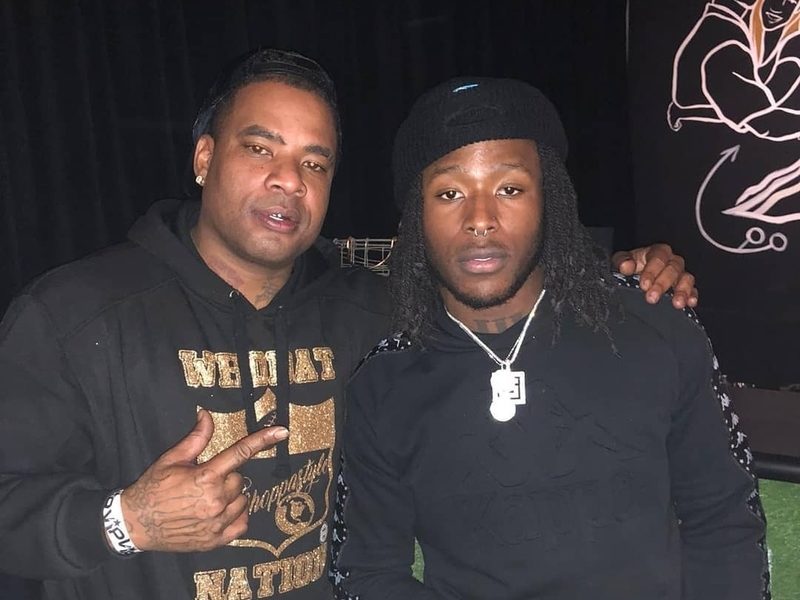 New Orleans-based rapper Choppa, who had his most notable run in the early 2000s, has turned into one of Hip Hop’s most unlikely success stories. In an era where entire albums are barely able to hold people’s attention for a week, Choppa’s career has been resurrected through “Choppa Style,” a song he made almost 20 years ago.

It’s all thanks to the New Orleans Saints, who are in the midst of a playoff run after finishing the NFL regular season with a 13-3 record. The team has brought “Choppa Style” back by making it the soundtrack to their locker room’s post-game celebrations. The Hip Hop-friendly team has also been blasting it over the stadium speakers during games.

The Saints’ victory dances have arguably become as must-see as the actual games. Since December, fans have eagerly watched along while players stream their post-game routine on Instagram Live.

“Choppa Style” is the roster’s go-to song, inspiring players such as running back Mark Ingram and backup quarterback Teddy Bridgewater to break out their best dance moves. Even star quarterback Drew Brees has embraced “Choppa Style,” as seen during the recent surprise party for his 40th birthday.

Due to the Saints’ affinity for “Choppa Style,” Choppa is suddenly in demand. This week, the song became one of the Top 50 most downloaded songs on iTunes. The New Orleans Advocate, one of the local papers, got him to make an exclusive remix. And the Saints officially booked him for their next halftime show.

Choppa has regained a long-lost spot as one of the hottest acts in his hometown, and it’s entirely off the strength of a song he originally released in 2001. His career has been so revitalized that he actually opened up for pop superstar Justin Timberlake at a recent show in New Orleans.

This second act of Choppa’s career has exposed him to a whole new audience. Kids who weren’t even born when “Choppa Style” was a regional hit are singing along since it’s the Saints’ unofficial anthem.

I’ve had family members inquiring about the song, demanding to know everything about a single that hadn’t been in my listening rotation since my early teens. While they were outside of the audience demo back then, “Choppa Style” is now an essential part of Saints fandom.

For fans who remember “Choppa Style” during its initial heyday, its rebirth has been a fun blast from the past. The comeback has reignited old debates of which version was better, the original or the one with Master P.

Here’s the quick rundown of the debate: Choppa independently released the single in 2001. He included it (and a remix) on his debut album — also titled Choppa Style — in 2002. The track became a local hit and No Limit Records head honcho Master P took notice.

P signed the up-and-coming MC and hopped on the track, putting out a new version of the song on Choppa’s No Limit debut Straight From The N.O. in 2003. This rendition gained national traction, cracking the Billboard Hot 100 and receiving regular rotation on the BET Uncut music block.

Due to its wider release, many listeners only know the version with P. But many New Orleans Hip Hop fans preferred the one without him and still do this day. Luckily for them, Choppa re-released the O.G. “Choppa Style” last December amid its Saints-led revival.

While things will likely quiet down for Choppa after the football season is over, he’s clearly found a golden ticket. His song will be playing at Saints games for years to come. But, it also might be gaining traction beyond Who Dat Nation.

City Girls and Cardi B just sampled “Choppa Style” in their new collaboration “Twerk.” With Cardi’s starpower and the City Girls’ rising profile, Choppa could be well on his way to tapping into another new audience.

However it plays out, Choppa’s surprising comeback has already proven his one and only hit was truly timeless.