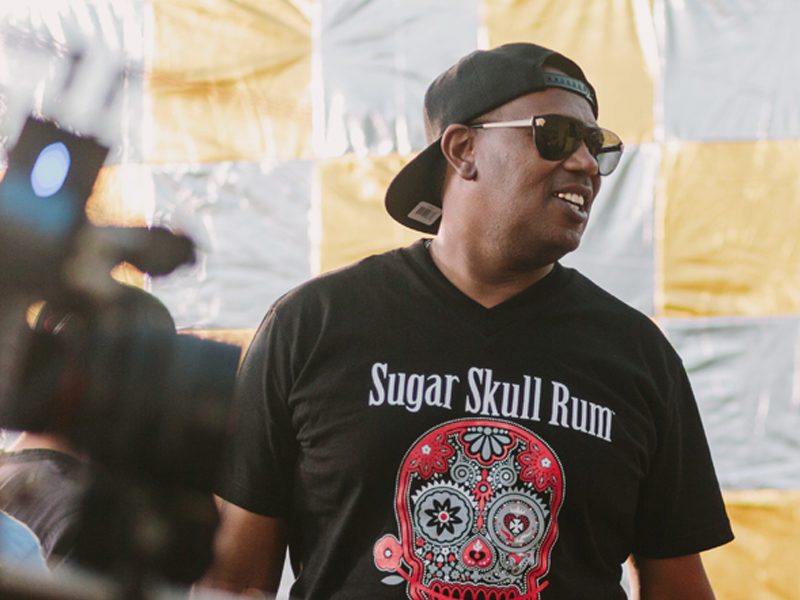 Scheduled to drop 21 years following the theatrical release of the original, I Got The Hook Up 2 is happening — and for fans of the original, there’s a lot to look forward to. Black (Master P) and Blue (AJ Johnson) are back with the original cast, including Mr. Mimm (John Witherspoon), Bad Mouth Bessie (Sheryl Underwood), T-Lay (Tommy “Tiny” Lister), and even Tootsie Pop (Harrison White).

Percy has also enlisted a new generation of talent set to light up the screen, such Pio La Ditingancia, and the duo of DC Young Fly and Fatboy SSE — who play Black’s nephews, helping him raise money to save his restaurant (Big Poppa’s) from becoming a victim of gentrification in the neighborhood.

According to a statement via the film’s website, Miller is aiming to connect with an untapped audience through the deliberate casting of social media stars. DC Young Fly and Pio alone boast over 7 million followers.

#Repost @masterp • • • • • We making movies like we made music back in the day. I Got The Hook Up 2 and Get Da Bag next. It’s time to give our people opportunities on the big screen. I’m calling it now, @iamcardib is the next big movie star! God is Good we directing and funding our own films. #fromthehoodtohollywood #weallwegot #igotthehookup2

“What we’re doing with I Got the Hook-Up 2 is genius … we took guys from social media and made them Hollywood stars,” P wrote via Instagram, revealing that the film is already slated to screen in 1500 theaters across the country.

Appearing on Wendy Williams to discuss the film this past December, he echoed this sentiment, and the pride he felt in his ability to not only finance the film himself but help provide the platform for this new generation to be the stars he feels they can be. “It’s time to give our people opportunities on the big screen,” he noted, describing his approach to filmmaking in relation to his approach to music back in the day.

“I’m calling it now, [Cardi B] is the next big movie star,” he continued — though it’s not clear if she will appear in the film. However, as we can see from the endless stream of promo footage, the special sauce of the film will be the many moments had by the bevy of cameos, billed in the YouTube description as surprises.

Teen Mom Farrah Abram and Jess Hilarious join the bigger billed stars like Michael Blackson on the police force. Webbie, Shiggy, YFN Lucci, Erica Mena, Kash Doll, and many more also appear in the behind the scenes compilations on the website and promo posters.

Even Jeezy drops by in the role of Big Moe. “Will Smith, watch out,” the movie’s official website quotes the rapper as saying.

You never know who you are going to see on the set of I got the hook up 2. @jeezy aka big moe is a real actor. We making history. Igotthehookup2.com

One of the film’s most endearing elements may be that P is starring opposite his son Romeo (playing the role of a cop), who also executively produced the film. “The haters can’t stop us. Keep your faith in God. Hard work pays off. We all we got,” P wrote via Instagram, sharing a clip of him and Romeo on set.

Miller bosses on the set of I got the hook up 2. @romeomiller the haters can’t stop us. Keep your faith in God. Hard work pays off. We all we got #familybusiness Igotthehookup2.com

Of course, music will be a significant component of the movie. The iconic theme song from the original film peaked at #16 on the Billboard Hot 100, helping propel the soundtrack to #3 on the Hot 200 — earning platinum status.

The first taste of what we can expect is a collaboration between Percy and Lil Wayne titled “All I Want,” which dropped on December 14. Then there’s the updated title song, which sounds as though it features Romeo — which is a nice touch of symmetry.

Just as social media has obviously been a big part of the film’s process, from casting to meticulously promoting and documenting production, it’s also helping bring the final soundtrack to life — giving the opportunity for a wildcard up-and-comer to earn a slot and a $10,000 cash prize.

If you’re pissed that you missed out on the open casting calls, there’s no need to worry. Miller is already casting extras for the film’s third installment, which has yet to be fully announced.

I got the hook up 2. From the hood to Hollywood. We taking over. Giving underdogs the chance to shine on the big screen. #franchise We already working On Part 3 #familybusiness #weallwegot Igotthehookup2.com