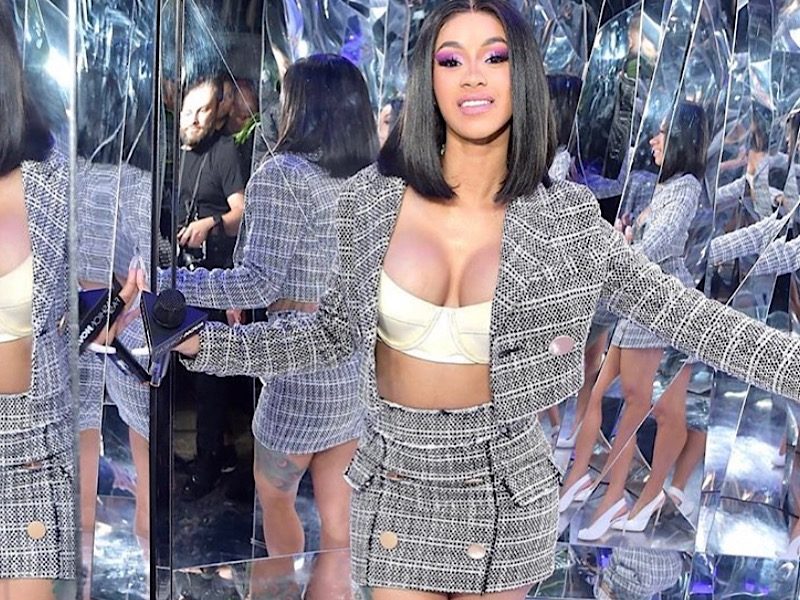 Cardi B had a stellar 2018, with her debut platinum-selling album Invasion Of Privacy making her the most streamed female artist on both Apple Music and Spotify platforms and ranking in HipHopDX’s top 10 albums of 2018.

With those types of numbers, fans are becoming understandably hungry for new music, and Cardi herself — via Instagram Live — assured them they’d get one this year.

“Of course there’s going to be an album in 2019,” she said making a trademark Cardi facial expression. “Hopefully I could get my album done around the same time that Invasion Of Privacy came out.”

Before everyone could get too amped up about an April 5 release date, Cardi added that she wasn’t sure how possible that would be as she felt as though she was going to be extremely (extremely) busy.

With three festival performances already scheduled between now and April — among the behind the scenes plans we’re not privy to yet — fans may have to simply be content with the fact that new a Cardi LP is definitely coming their way.

Even if the release date isn’t totally confirmed.