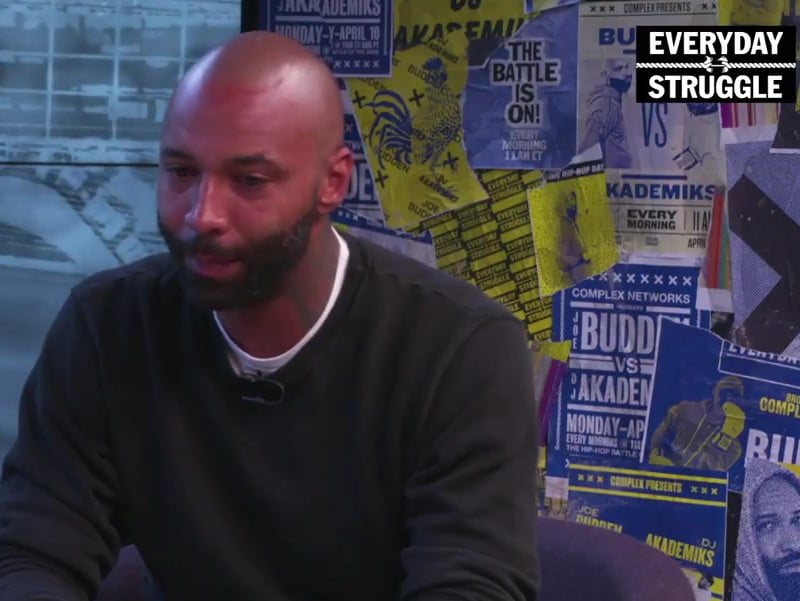 5 Rappers Who Could Replace Joe Budden On "Everyday Struggle"

On December 18, Joe Budden confirmed that he left his wildly successful Complex Hip Hop show Everyday Struggle. After the show tried to spin Budden’s absence as him simply being on paternity leave, he lashed out and told his side of the story in a string of tweets.

One day later, he gave more details on his podcast.

Almost immediately, the show’s legions of fans began questioning the future of the popular series, noting how Budden was an instrumental part of the show’s runaway success. One Twitter user even said, “Everyday Struggle with no joe budden is equivalent to cavs with no [LeBron James]”

Though the New Jersey star definitely brought a lot of charisma and knowledge to the table, there are many rappers who would love to take his place and would excel in the position. Here are five rappers who could replace Budden and maybe even make Everyday Struggle a stronger show.

Spoiler Alert: None of these guys are named DJ Whoo Kid.

This Chicago rapper’s flow is distinct and legendary and his guest verse on Kanye West’s “Slow Jamz” pretty much stole the show. As a host, this dexterous rapper would bring this knowledge and expertise in crafting questions to artists. Given that his latest album Crook Country wasn’t his strongest effort, he could probably stand to use a high-profile gig like hosting Everyday Struggle to get his creative juices flowing again.

Not only is Lil Wayne one of the most talented rappers out there, he’s incredibly telegenic and charismatic in interviews (when he’s not phoning it in) and in appearances on shows such as First Take. If he were to join Everyday Struggle, the New Orleans rapper would bring his goofy and improvisational style to the show. While he continues to battle it out with Birdman over the release of Tha Carter V, he’d be probably happy to have a regular job that would allow him to let loose. However, a possible downside could be his notorious unpredictability and short fuse.

After dropping a joint album with Remy Ma, this New York rap legend has been taking it easy save for his summer heater, “So Excited” with Cool & Dre. The Terror Squad co-founder would bring his years of experience to the show, giving guests the ins and outs of how the industry works as well as financial literacy. And like his potential predecessor Budden, he has zero qualms in interjecting his opinion to be the dominant one. A drawback could be his refusal to clearly take a stand when it comes to ongoing Hip Hop feuds.

Last year, New York rapper Papoose called comedy juggernaut Kevin Hart out on Sway In The Morning for his rapper alter-ego Chocolate Droppa. He agreed with Sway’s suggestion that the two should do a rap battle. This type of audacity and self-aware humor would make for excellent entertainment. Plus, having him as a host of Everyday Struggle could bring even more Love & Hip Hop fans to the show. Who knows, maybe Remy Ma could co-host every now and then? But given that Everyday Struggle has been caught up in the ongoing controversy, they might want to go with a less risky and more reliable host.

Hate it or love it, The Game surely knows how to command the attention of a room. After years of dropping numerous albums and doing everything from taking a stab at acting to reality TV, the Compton rapper is now teasing his grand exit from Hip Hop. What could be next? Landing a hosting gig at Everyday Struggle would be a perfect retirement for this Hip Hop veteran. A possible drawback would be his evasiveness to share details about his ongoing feuds in interviews.