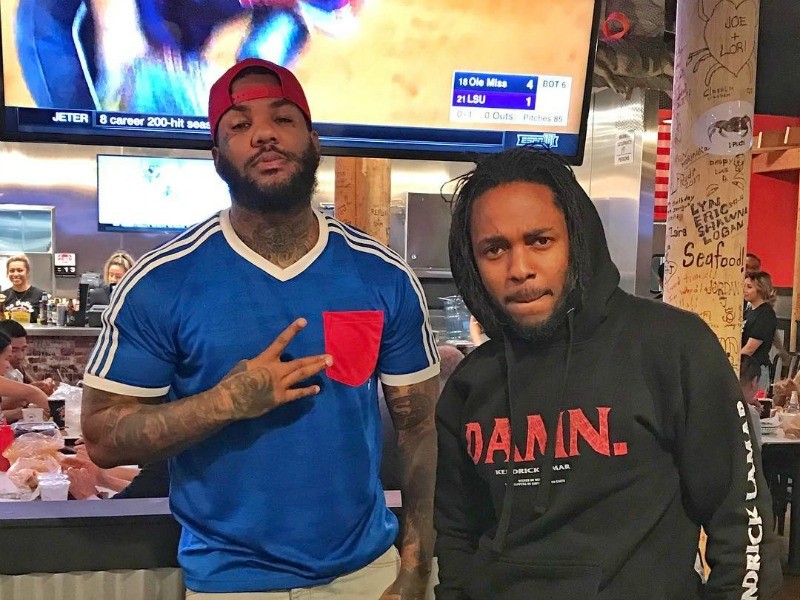 The Game teased news that his upcoming Westside Story album would be his final recorded project, much to the dismay of his fans. The Compton OG confirmed that he’s going full steam ahead with his rap retirement plans by way of a photo alongside Kendrick Lamar announcing that he’s begun recording the LP.

Chuck Taylor and Kung Fu Kenny posed in what appears to be a seafood restaurant in the photo posted to Game’s Instagram page. The caption seems to hint at the fact Game and Lamar have either been in the studio or will be in the studio to work on Westside Story, but that has yet to be backed up with facts.

“Excuse my eyes….. I’m high as giraffe pussy #SaturdayNightLive Vibin’ wit my nigga @kendricklamar on this #WestSideStory shit…. to the studio to start my last album,” read the caption.

In other Game news, the 1992 artist threw some dollars behind Lonzo Ball’s Z02: Prime sneakers, spending over $2,000 for 10 pairs of the high-end hoops shoe.