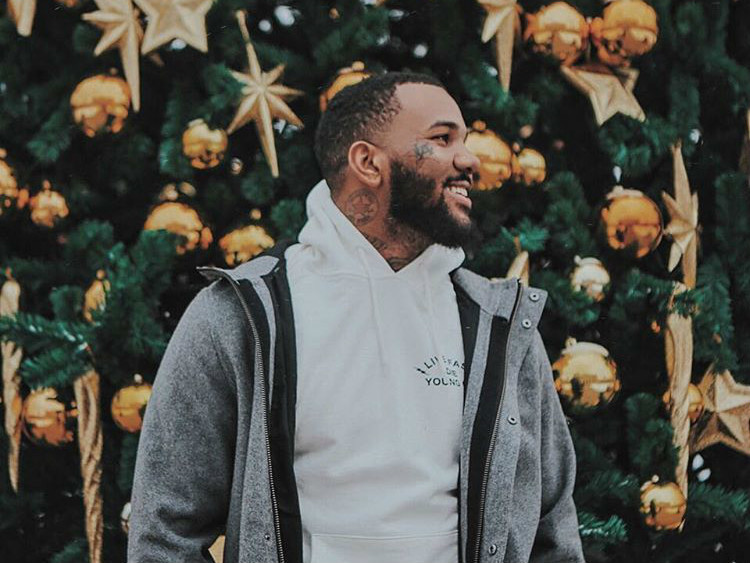 Moscow, RU – After strengthening his discography with the release of 1992 this year, The Game says his next album will be his last. At a recent concert in Moscow, Russia, he shared that the title of his next LP will be Westside Story and he’s planning on writing it while in jail.

“When I get back to L.A. man, I’m going straight to jail ’cause I fucking had a fight with a police officer and shit,” he said. “Ima sit down for a minute and I’m gonna write my next album, which is probably gonna be my last album. It’s called Westside Story. It’s gonna be some ill shit.”

A year ago, The Game pleaded not guilty to punching an off-duty police officer in March of 2015 during a basketball game. He lost the civil suit filed against him and was ordered to pay the cop $100,000. He was ordered to stand trial last December. In an interview with HipHopDX in October of that year, he reflected on the case and other legal battles he has going on.

“I’ll probably end up going to jail for the shit that I’ve been doing recently and I’m gonna have to sit down,” he said. “Other niggas gonna be out still on the internet pretending to be whatever it is they pretending and I’m gonna be sitting down drinking juice boxes and shit and eating nasty sandwiches because I had to prove to a nigga that I was Game. So I’m just gonna be Game. I ain’t doing shit to niggas no more because they call the police and they sue niggas.”

At the show, he reflected on what his priorities in life are right now and soaked in the fact that a kid from Compton was performing across the ocean in Russia.

“I don’t really give a fuck about that,” he said of the impending sentence. “All I give a fuck about is my music, my kids, my fans and my family, man. That’s why I still travel the world to come see you. I’m from Compton man. All the way in fucking Russia. I never in my life when I was a little kid thought I that I would be in Russia. I ain’t even knew what fucking Russia was when I was a little kid. You know when you’re a kid your teacher’s like, ‘Yeah, Russia?’ I don’t fucking know. I was a badass kid. I’d never fucking thought I’d be in Russia in my life.”

The Game had a song called “Westside Story” featuring 50 Cent on his debut album, 2005’s The Documentary.

Watch the clip of The Game announcing his final album, Westside Story below.