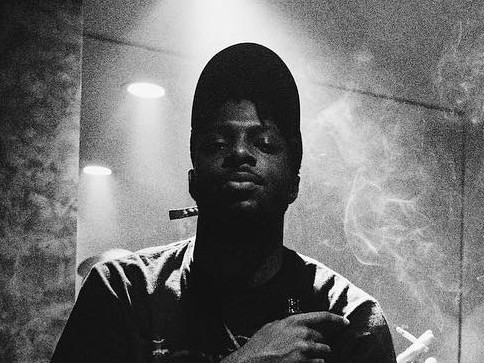 This week, A Boogie Wit Da Hoodie and Lil B make amends, and Nicki Minaj stands up for all women.

For the creatives, the dreamers I made this album for, I Decided is now certified platinum. The fans got me 4eva. Thank you! GOOD Music/DEF JAM #BacktoBackPlatinumAlbums #DonLife yeeeeeeee ?????? pic.twitter.com/dsMTGSHIWJ

Nicki Minaj Stands Up For All Women

In any field, women must work TWICE as hard to even get HALF the respect her male counterparts get. When does this stop?

The greats collaborated w/Drake, Kendrick & Jcole b/c they’re dope MC’s. They collab’d w/nicki cuz someone pulled a gun to their heads… ??

Kendrick’s tweet from 7 years ago. This is so telling. And scary. I’d have to wear some baggy pants n timbs for men to openly give props. https://t.co/r6fEjSJZPl

Future Sells Out The O2 Arena In London

The U.K. was insane on the realist levels..Family Forever ??

Sold out the O2 arena ??legendary

Cardi B Confesses Love For Offset

Reasons why me and Offset got into it …I think he stoled my purple blanket ?but it wasn’t him so I’m still looking for the suspect

Naaa but on a serious note I really loveeeee my man ?he was gifted to me from Jesus ❤️

i know y'all love the freestyles… maybe i should do a tape with @DJDRAMA… what y'all think?

ski mask has the best punch lines of the year. rich the kid is a genius. they hoes for doing that to lil b. annnnd

s.o the west coast for the communication. Not too many people got it in them to forgive that easy, as a man I gotta respect that ? https://t.co/xOYaNskqwf

21 Savage Flies A Plane For The First Time

In the pilot’s seat.

The reason why “The Way Life Goes” remix with Nicki Minaj is not out.

Lil B Gets Jumped By A Boogie Wit Da Hoodie

Let me be your strength….. we are not violence! We do not retaliate ! We do not support violence! Say this with me! Say it loud! – Lil B

Cry for me tonight out of love and joy! Cry becuase I have forgiven the 5-10 people who jumped me today, I will not retaliate – Lil B

It could have been more then 10 people who jumped me today, aboogie and his crew.. I forgive them I mean that love y’all no violence – Lil B