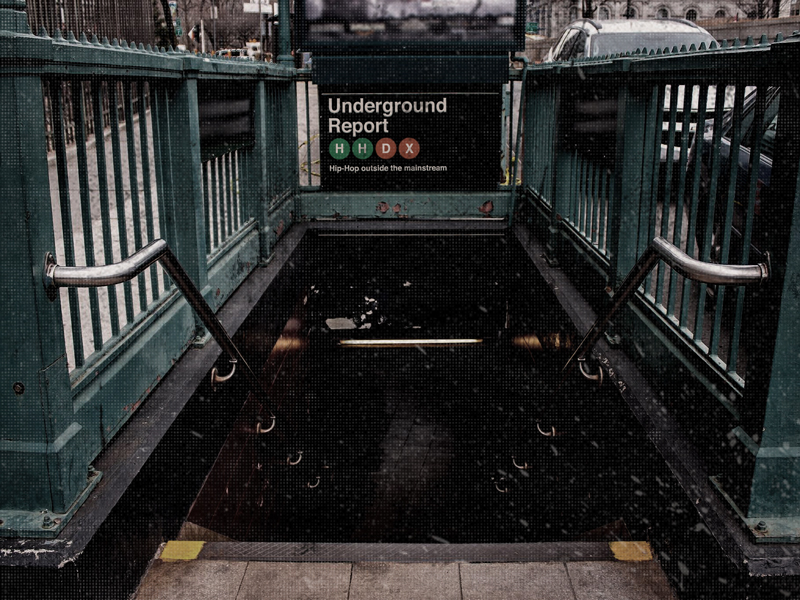 The Underground Report made its return last month by looking back at a few slept-on projects from 2017. As it moves forward, the Report turns its focus to some of the newest music being released in the underground scene.

The latest edition of HipHopDX’s series centers on Houston’s Kyle Hubbard, who just released his new album All Good Things Come. Hubbard has been a staple of the H-Town scene for years now but hasn’t received his just due from a wider, national audience. It would be a shame if All Good Things Come didn’t get to grab some new listeners since it’s the talented MC’s best work yet.

Unfortunately, Hubbard’s promo efforts for the album were derailed when a tragedy hit his hometown. As he was preparing to release the project, Hurricane Harvey devastated Texas.

“My album was about two weeks out when Harvey hit,” Hubbard told DX. “When you’re that close to release, your obsession over the project will go into overdrive. Literally, all you think about is the album, the release, the promotion and all that … but then Harvey came.

“When the flooding was at its worst, I replaced obsessions. I think I literally spent three to four straight days on my computer glued to social media watching the city I love drown. I think that was true of most Houstonians. It was literally days of perpetual heartbreak. When you didn’t think it could get any worse, it absolutely did.”

With the reality of a natural disaster causing havoc in Houston, Hubbard had to change course. He quickly realized he needed to do what he could to help, which meant turning his album’s sales into a fundraiser for the relief efforts.

“I was lucky,” he explained. “I was in Arkansas due to a stretch of gigs I had in the state and the timing of those shows put me out of Houston when the storm came. The guilt and helplessness I felt was overwhelming … and even then, what I was going through amounted to nothing in the face of what so many others lost.

“I knew it was my duty to try and give back to the city that has allowed me to live out my rapper fantasies, and with the album coming out, I saw my opportunity. I decided to donate 100 percent of my presales to the mayor’s Harvey relief fund.”

Although the bespectacled MC’s new project was now being tied to a good cause, it was still a struggle to promote music while his fellow Houstonians were in dire straits.

“Promoting during this time was extremely difficult,” he noted. “You know damn well nobody in Houston wants to hear a local rapper drone on about his album when the city was just completely devastated and trying to recover.

“The only way I could permit myself to even shine a light on the fact I had new music was to make sure it stood for something more than just itself. I’d like to think anyone in Houston’s music community would’ve done the same if they had an album coming out in the midst of all this.”

As for the music itself, Hubbard displayed a tremendous amount of growth on the new album. The H-Town artist had always been a gifted rapper, but now his content was just as compelling as his wordplay.

“My main goal when I started this project was not to rap about rapping,” he said. “I’d say I accomplished that outside of a few references for the benefit of larger concepts. I’ve been ‘the underground rapper’ for years. It dominated many songs in my past, but I’m frankly too old for that now.

As a result, the project produced the most personal music of his career. The evolution worked too. Hubbard was able to be an open book and still deliver witty bars over his longtime producer Djay Cas’ quality beats.

“My drive for this album was to display my utterly unspectacular self as bluntly as possible because that’s who I am — real name, no gimmicks,” he continued. “When I decided not to present myself as a rapper and instead just be a guy that raps, my perception of mostly everything in my life changed.

Kyle Hubbard’s All Good Things Come is available now on Bandcamp as well as digital outlets like iTunes and Spotify.

On The Radar: Five New Underground Releases To Check Out