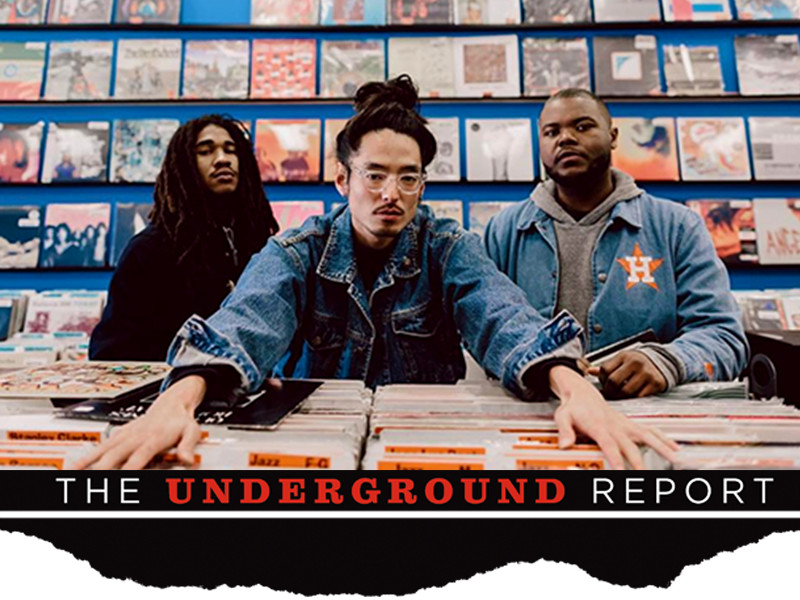 Allow the Underground Report to reintroduce itself.

The Report was once a fixture at HipHopDX, acting as a special report on the underground Hip Hop artists outside of the mainstream purview. Many talented artists were able to get some well-deserved shine that they might not have received otherwise. But then the Report fell by the wayside and wasn’t seen for a few years.

Now, in 2017, it’s back in a major way. To kick off the relaunch, the Report decided to look back on this busy year of releases and highlight a few of the best projects outside of the limelight. These artists and their respective music are certainly worthy of praise, yet didn’t get the requisite love since Hip Hop fans (and media) are bombarded with so much material these days.

So with all that out of the way, let’s look at five overlooked projects from 2017 that need to be on your radar.

Underground Hip Hop heads have spent years waiting for a follow-up to Binary Star’s classic Masters Of The Universe, a reworked version of their 1999 debut Water World. While One Be Lo and Senim Silla briefly reunited for an EP in 2013, another Binary Star album finally dropped this summer in the form of Water World 3. Unfortunately, it’s gone largely unnoticed by listeners that aren’t diehard fans.

Purists might be disappointed by Senim’s absence, but Decompoze — the longtime producer for the group — steps in as the new counterpart to One Be Lo and does so seamlessly. Callbacks to MOTU, such as “Wolf Man Strikes Again” and “Slang Blade II,” and guest appearances by many members of the old Subterraneous collective make the project feel like a genuine return to the glory days of Binary Star. And most importantly, the music lives up to the high expectations set by their past work. Water World 3 stays true to what made Binary Star great, making for a fitting return.

There’s one word to describe Down 2 Earth’s Fair Share: fresh. The Bay Area-based trio’s latest album is a much-needed trip off the beaten path in rap’s current landscape where things can often be a bit formulaic. Azure, Clyde Shankle and Dayvid Michael are throwbacks of sorts, but not in the sense of replicating old sounds and styles. Instead, they’re like a natural evolution of what Hieroglyphics were doing 20 years ago. They’re off-kilter and lyrically proficient with the sunny vibes of Cali permeating throughout their music.

Azure, Clyde and Dayvid create unabashedly fun records that are the exact opposite of guilty pleasures. The whole formula is on display on Fair Share and yields outstanding results, as heard on cuts like “DNA,” “Echoes” and “Divisadero.” The trio’s chemistry, entertaining rhymes and beat selection make the LP a must-listen for anyone who feels rap has become monotonous in 2017.

G Yamazawa is a spoken-word poet, so it comes as no surprise that he’s got a gift for rhyming. But on his latest album, Shouts To Durham, he shows a great ear for beats. The North Carolina MC meshes jazzy production with Southern-fried bangers in a way that’s rarely heard.

The sound is like a modernization of the Devin The Dude-led Odd Squad’s 1994 debut Fadanuf Fa Erybody, a slept-on album in its own right. This Hip Hop gumbo of varied influences, social commentary and intricate bars gives the LP a lot of replay value. The standout cuts “1990 Interlude” and “Violence” are just a small taste of this finely crafted meal for rap fans. Anyone who delves into Shouts To Durham will quickly realize that Yamazawa is a force to be reckoned with on the mic.

Starlito and Don Trip are certainly capable solo artists, but they truly excel as a duo. When the Tennessee natives join forces for a new Step Brothers project, they ramp things up to another level. Unfortunately, the two have settled into a spot where they have plenty of loyal fans yet aren’t garnering the effusive praise they deserve. Their third album, Step Brothers THREE, essentially confirms this because it’s arguably their best work, yet it hasn’t been bandied around as one of the top albums of 2017.

The first two Step Brothers installments gave listeners a steady dose of elite rapping, but THREE brings the more heartfelt content of their solo work to the duo’s dynamic. The decision to do so is more than welcomed as Lito and Trip keep it 100 on the 15-cut LP. There’s a three-song sequence on THREE — “What I Gotta Do,” “Good Cop Bad Cop” and “The 13th Amendment Song” — that’s among the most genuine and thoughtful music released in the last five years. These guys are still spitting gems from a technical standpoint, but now their bars are coming with an extra punch to make listeners think about more than just the wordplay.

The low bar for entry and sheer numbers of rappers putting out music right now can make it extremely difficult for the average person to discover a new artist before the industry machine gets behind them. Those willing to weed through the dregs of SoundCloud and YouTube can find some real gems though, one of which is Florida’s Tiurakh$ushii.

But don’t let the odd name fool you: this guy can rap.

$ushii is a far cry from the South Florida crop of SoundCloud rappers blowing up right now due to their wild personas and lo-fi music. As he said in an interview earlier this year, he learned how to rap by listening to the likes of Nas and Bone Thugs-n-Harmony. It shows too with lyrical gymnastics at work on each and every song from his debut, Etienne The EP. The six-track project is a perfect introduction to what he has to offer: rapid-fire rhymes with a slick flow over everything from uptempo beats with some bounce to them to laid-back, sample-based production. The potential for greatness is apparent on this brief project, so hop on the $ushii bandwagon while it’s still early.