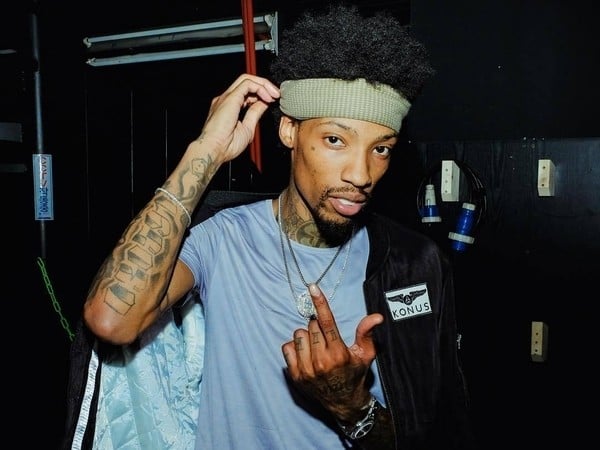 Sonny Digital's Producer Union Should Be More Than A Pipe Dream

When Hip Hop icon Redman spit “your boombox better form a union ’cause I leave your circuits overworked,” who knew that 21 years later a new generation of cultural shifters may take the advice? Although in this instance, the boombox represents the producers behind some of the biggest and brightest upcoming acts being touted as leaders of the new school.

A seeming lack of respect and public appreciation for the producers, who you can argue are increasingly essential in a landscape where lyrical content often takes the backseat, fueled a recent Twitter rant by rapper/producer Sonny Digital.

Every person on XXL cover should OF had the producer of whatever song that got them on the XXL COVER with them on the cover.

Take the beats off these "HIT" and what do we have ?

Producers union coming soon to dead all these problems. pic.twitter.com/65vd5UTL73

“You take the beats off of them vocals, and you know it’ll sound like shit,” said the “Tuesday” producer in a one-minute video posted to his Twitter account. “Y’all need to start respecting the producers a little more, big or small.”

These are FACTS. Big old facts. I'm going to start a union for producers..song writers…engineers..etc… #RollinRecords

Sonny’s comments received a ton of support and positive feedback, as seen below.

shouldnt be a single producer who doesn't support what @SonnyDigital is trying to do!! you got mine my bro.

Man PLEASE…this would be so proper.

Y'all should respect this especially coming from someone who is an artist and producer, he fully understands the disconnect

More importantly, the producer made some valid points. His most poignant was the suggestion in the caption that a potential union could be in the works.

“These are FACTS. Big old facts. I’m going to start a union for producers.”

But the glaring question is simple: do we need one?

Learning that Birdman and Cash Money Records could, in fact, be the “they” DJ Khaled has been referring to all this time, is just one example of why an overarching body that oversees and protects the rights of producers may not be such an outlandish concept.

Cash Money has a long history of being at odds with producers over unpaid royalties. DVLP, for example, was public about the money he said the imprint owed him, and Bangladesh was also forthcoming about not being compensated.

Similarly, producers J.U.S.T.I.C.E. League are in a public spat with Chance The Rapper over a beat, and in turn Rick Ross and JAY-Z producer Bink! is calling them out over beat biting.

If big-time producers are feeling it, it’s got to be discouraging for newer producers who aspire to work with mainstream artists. A union would give producers a support system and help them navigate potentially negative business situations.

There’s a clear need for a standardized code of ethics, which a union could stringently enforce. A classic case is the famous controversy surrounding the song “Jenny From The Block” by Jennifer Lopez. For whatever reason, she enlisted the sounds of ’90s go-to production duo Trackmasters who — by all accounts — beat-jacked “Watch Out Now” by The Beatnuts. While lots of pushback eventually led to royalties being award to Juju and Psycho Les, it remains a low-blow: a line producers shouldn’t be able to cross. The Beatnuts later criticized the situation on the song “Confused Rappers.”

Lastly, there’s a lack of awards and recognition for producers. While Desiigner does possess an undeniable charisma, the sheer number of remixes of “Panda” only works to illustrate that Menace’s beat is owed much of the song’s overall appeal. The same could be said for Vinylz’s “Chiraq” instrumental and Jahlil Beats’ “Hot N*gga.”

Long gone are the days of shadowy production bodies like Diddy’s Hitmen stable, which actively kept brilliant producers like Chucky Thompson (Craig Mack’s “Flava In Ya Ear”) and Deleno Matthews (JAY-Z’s “Roc Boys”) from becoming household names. Today’s producers, like Sonny Digital and Metro Boomin, have recognizable producer tags that have become both a standard and a watermark for their work. The two are leading the way for a new pool of beat makers into an era of increased entrepreneurial enlightenment in an ever-changing digital landscape.

While many may find acts like DJ Khaled to be a little too in-your-face, they possess the sense to put the right people together on the right beat at the right time. It’s this ability to bring the best out of an artist that inevitably makes any lack of appreciation all the more infuriating.

While the logistics behind putting together a producers’ union could be why it never comes to fruition, the idea does illustrate the mounting frustration producers are feeling. As Sonny Digital describes it, the lack of overall credit is a major reason why he hops on his beats.

Do you think producers get the love they deserve? Let us know in the comments. And for those interested, Sonny will be touching on this topic during a panel at this year’s A3C Festival.

Sonny will be speaking at this years #BeatStarsSummit at @A3C. We definitely will be talking to him about this. https://t.co/5MqbsWJ2Uc ??