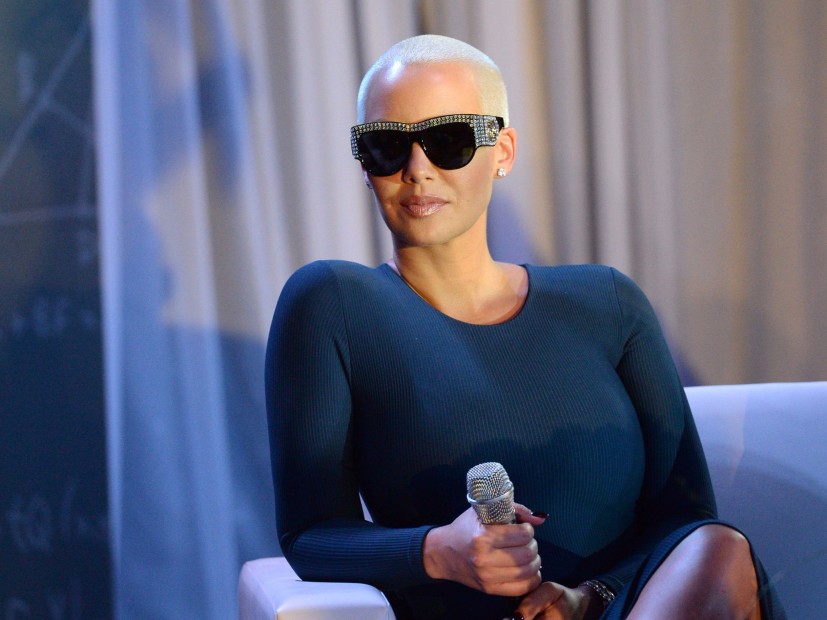 The internet was privy to a bush-baring photo of Amber Rose on Instagram over the weekend that left little (if any) to the imagination. Whether you wanted to see it or not — you probably did. Naturally, whenever a high profile celebrity bares all, or in this case her lower half, people are going to lose their minds. Not only is it a provocative image, but it also sparks a conversation about if it was truly for the sake of diehard feminism or just another way to get attention.

girls all over the world don't have access to education but westerners think doing the amber rose challenge is contributing to feminism. K.

While she did tie the controversial photo into the news her third annual Slut Walk was around the corner, it also seemed to send another message — the bush is back. Consequently, a new hashtag was born on Twitter: #AmberRoseChallenge.

People were either with it, confused, against it, or doing their best to recreate the image in some of the most outlandish ways possible. Some women took it as a chance to teach their children they don’t need to take their clothes off to be somebody.

Dear black child:
You don't need to take off your clothes to be recognized.
Know your worth?#AmberRoseChallenge pic.twitter.com/DHA76dRDbN

Your private parts are meant to be private we don't want to see that over here ladies you're not obligated to hoe it up! #AmberRoseChallenge

Then there were those who were celebrating women not be “tricked” into posting naked images of themselves online, but (not surprisingly) plenty of men who were there “waiting” for the challenge to materialize.

Me waiting for all these feminists to start doing Amber Rose challenge pic.twitter.com/HX2LwTvqee

Some even photoshopped clothing onto Rose in a hilarious effort to censor the blatant nudity and others, including battle rap vet Dizaster and Daily Mail’s editor-at-large Piers Morgan were not about it at all. In fact, Morgan was another who scoffed at Rose’s claim it was in the name of feminism.

It's not 'misogyny' to think that posting nude photos in the supposed name of feminist empowerment is pathetic attention-seeking bulls**t. https://t.co/39rIjaaUXu

I can handle your naked body, Amber – relax.
I just can't handle your ridiculous claim to be stripping off in the name of feminism. https://t.co/i0bAqNKbB1

But much like the original, there were also countless Twitter users who posted a recreation of the NSFW photo you will never be able to un-see. In fact, many of them were shared by Rose herself. Whatever Rose’s initial intentions were with the photo, at this point, really don’t matter — it worked. It’s the photo “seen” around the world. Instagram, of course, took the risqué image down, but screenshots live forever.

I love and hate the internet for these amber Rose challenge pics pic.twitter.com/MrWZd7XA6E