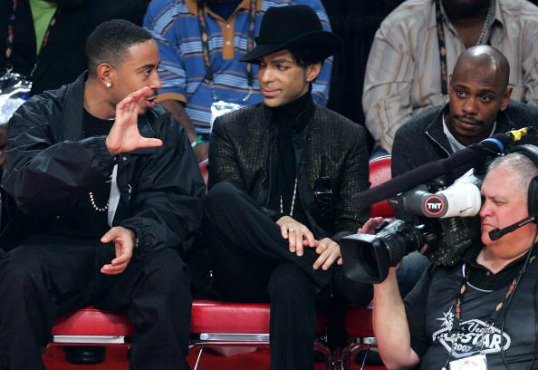 Over the course of a music career lasting nearly four decades, Prince transcended genre, creative, gender and stylistic norms. Before Hip Hop became the force against the majority, the eccentric artist had already done his part in shaking up not only the industry, but pop culture. Thirty-new albums (which sold millions worldwide) and a cinematic classic later, his iconic status was solidified long before he was pronounced dead today (April 21) to the shock of the entire planet.

Everyone within the Hip Hop community from Questlove to Chuck D all hit social media to give their thoughts on the unfortunate news. The creative genius managed to influence the culture in more indirect ways (Future’s Purple Reign easily comes to mind) to more direct ways through sample usage. Utilizing popular sampling website WhoSampled, we track down the ten best Hip Hop Prince samples.

Sampled: “It’s Gonna Be Lonely” from the album, Prince.

Sampled: “Walk Don’t Walk” from the album, Diamonds and Pearls.

The Neptunes produced second single for Hov’s The Blueprint 2: The Gift & The Curse took an interesting clip from the “Walk Don’t Walk” track from his most popular album of the 90s.

Sampled: “The Ladder” from the album, Around the World in a Day.

Around The World in a Day track “The Ladder” was used on Tupac’s Strictly 4 My N.I.G.G.A.Z. single, empowering the iconic rap legend to earn a gold plaque in the process.

Sampled: “Do Me, Baby” from the album, Controversy.

“I Get Around” wasn’t the only time Pac used a Prince sample for mainstream eardrums. Showing his pride for Southern California’s biggest city, “To Live & Die in LA” became one of the last videos shot by him before his untimely death in 1996. This one used Controversy slow jam, “Do Me, Baby.”

Fear of a Black Planet single “Brothers Gonna Work It Out” features a sample of “Let’s Go Crazy” that’s actually backwards. Who knew the Purple Rain simple could work in both directions.

The 2005 compilation of unreleased and older Tech N9ne tracks in Vintage Tech featured a track that’s probably his most unique in “Freaky” which again sampled “Darling Nikki.”

Mixtape Weezy was literally dropping jewels when he tackled the sample for one of The Purple One’s most recognizable singles. Although Prince probably didn’t care for the cursing (like most of the songs on this list), the artistic vision was clearly present.

Sampled: “When Doves Cry” from the album, Purple Rain.

MC Hammer was known as being one of the first rappers to blend pop heavy rap with Christian themes. Using “When Doves Cry” to make a song about prayer is clearly inspired. A maneuver that helped Please Hammer, Don’t Hurt ‘Em become the first rap album to be certified diamond.

Sampled: “She’s Always In My Hair” from the b-side of “Raspberry Beret.”

Digital Underground’s Sex Packets album is more known for its “Humpty Dance” smash hit than its titular track. However, the “She’s Always in My Hair” sample used throughout makes it one of the album’s non-single highlights.