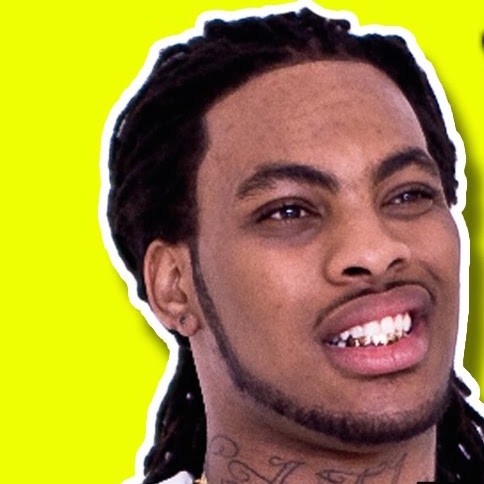 This week, Waka Flocka Flame shocks America by announcing his bid in the 2016 elections(though he can’t technically run until 2024), Young Thug and Baby get Simpsonized and Mike WiLL Made-It visits “Jurassic Park.”

Waka On The Campaign Trail

Sir Waka Flocka Flame made headlines earlier in the week when he announced his presidential bid for the highest office in the land. Too bad he’s not old enough to run. However, thats not stopping anyone from creating campaign material.

Change That We Can Believe In?

Of course someone within the online sphere would find a way to take Shepard Fairey’s iconic Barack Obama “Hope” poster and juxtapose it with Waka. One question remains; can he deliver the same amount of change?

Going Hard In The Democratic Paint

Every great president needs a running mate and in Waka’s case, he’s found one in DJ Whoo Kid himself. While Flocka works on full marijuana legalization, the G-Unit associate could maneuver his way to getting some high powered support including 50 Cent.

Let’s just say Waka makes it into office one day. What exactly would he say during his first presidential address? It may go a little something like this: Good evening America, for our enemies domestic and abroad, I go hard in the mutha fuckin’ paint nigga, I’ll leave you stankin’ nigga, what the fuck you thinkin’ nigga.

Much controversy has arrived due in part to the release of Young Thug’s Barter 6 last week. Like many interesting things on social media, this glorious picture of Thugger and Baby Simpsonized floated around.

This year marks the 17th year anniversary of Ice Cube’s directorial debut, The Players Club. Someone decided to make a #TBT of the night that eventually lead to one of cinema’s greatest fight scenes.

The “See?Nobody Cares” meme is popularly due to Wayne Knight’s portrayal of Dennis Nedry from classic sci-fi adventure Jurassic Park. Add Mike WiLL Made-It to the mix and still, nobody cares despite creating a boatload of hits. Then again, Nedry’s eventual fate should serve as consolation.

It must be a horrible feeling in school for one’s parent to pass out mixtapes during career day. Forget being a doctor, lawyer, or even firefighter. This fire ass mixtape has to be promoted someway.

Ever find it difficult to write an essay about your favorite rapper without being interrupted by auto-correct. Yes, the world understands that 2 Chainz doesn’t need an S or Lil’ doesn’t mean little. Looks like Microsoft may have finally found the remedy.

Here we all thought, Jay Z was talking about his time in the drug game. Nope, it was more about real world problems like a leaky sink. Next up, the plumbing and lawn.