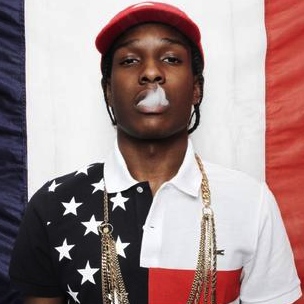 The Most Anticipated Albums Of 2013

Last January, when we published The Most Anticipated Albums Of 2012, the HipHopDX staff was unsure what would actually release, or when. In the end, seven of the 10 albums dropped – including what would be named our album of the year (good kid, m.A.A.d city), and its runner-up (R.A.P. Music), and those other three – we’re still hopeful. 2012 was, in whole, a colorful year for music, big on collaborations and a careful balance of new voices and veterans alike.

2013 is already stacked with a number of high-profile albums – some retail debuts, super-groups and collaborations and even a reunion or two. We upped our tally from 10 to 15, and look at the 12 months ahead with hope, wonder and excitement. Here’s to 15 out of 15! 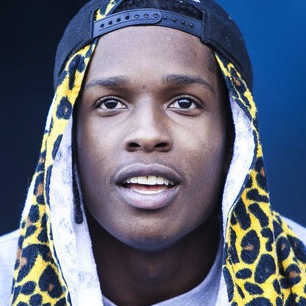 Sure, this already leaked. Whether the bootleg will match the album or not, this LP is a possible game-changer for the New York sound at the retail level. A lineup of Clams Casino, Skrillex, and Danger Mouse plays with genre-bending, while A$AP seemingly put a host of late-’80s-baby Rap peers on this potentially benchmark album. January sucks a lot less this year for music fans. 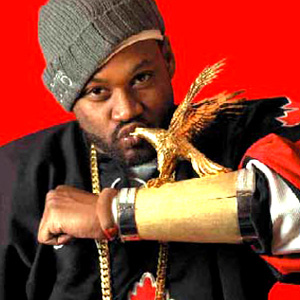 Arguably, Ghostface Killah has never made a less-than-great solo album (let’s pretend Ghostdini: The Wizard Of Poetry was in the rest room while attendance was taken). However, even after 2011’s pleasant surprise Apollo Kids, Tony Starks is claiming that RZA will have a heavy hand (Executive Producer and hopefully some co-production with Adrian Younge) on his 2013 LP. The Abbott & G.F.K. haven’t had this creative tandem since 2001’s Bulletproof Wallets in the Razor Sharp Records era. Given that pedigree, we could have another iced out medallion in a chain of Ghost greatness. 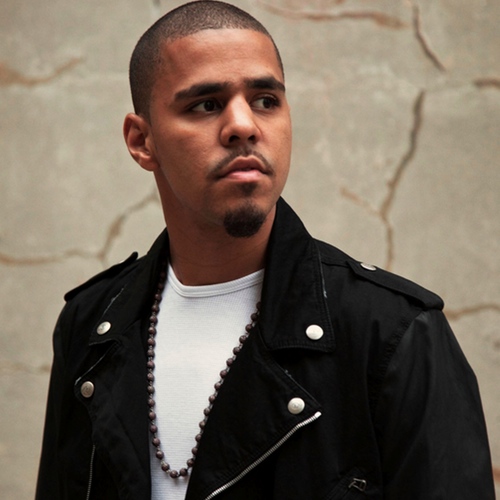 It was a Cole World  for J. in the face of so much pressure in 2011. The mixtape master delivered nicely in his debut, but many fans are hoping for something a bit more like his freebie projects before the Roc deal. With Born Sinner reportedly coming out of his 2011 sessions, expect some thought-provoking stuff here—as these are songs J. Cole seemingly fought to keep. Moreover, the recent leaks of material have resonated nicely with fans—at least on HipHopDX ratings. Between A$AP and Cole, Sony has a chance to run this year in Hip Hop, something they haven’t been able to claim since the Ruffhouse era. 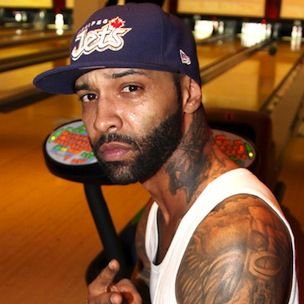 No Love Lost by Joe Budden

So much has happened in Joe Budden’s life and career since his solo career seemed to be the priority. Halfway House and Padded Room were indie albums released prior to the Slaughterhouse effort in late 2009 lacked the kind of attention to detail heard from Jumpoff Joey on his self-titled debut and even welcome to: OUR HOUSE. Budden is an artist who greatly benefits from major label budgets and roll-out. While still with E1, the Jersey City emcee is now a flagship artist at the indie. With Allow Joe Budden to reintroduce himself. 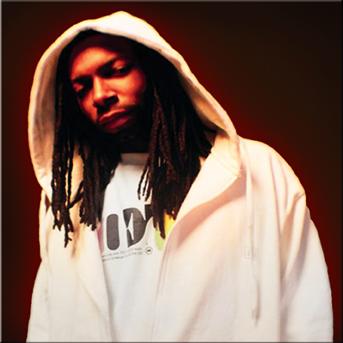 Capture The Sun by Illogic & Blockhead

Fans of the early ’00s Underground Hip Hop movement will deeply appreciate this Columbus-to-New York connection. Greenhouse vet Illogic and longtime Aesop Rock producer (and highly-established solo artist in his own right) Blockhead have announced their collaborative debut. Following some past work back in the day, expect evocative music with intimate songwriting on this Man Bites Dog Records release. Block is overdue in producing a full-length Hip Hop project, and those familiar with Illogic’s Bandcamp page already know that his writing has only gotten more powerful in time. 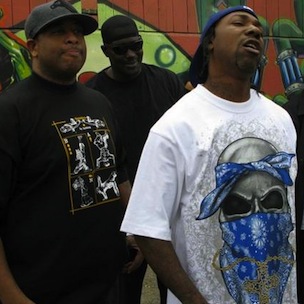 During a 2012 where this long-discussed album was expected to release, MC Eiht did the best thing he could do—arguably the best thing he’s done since the late ‘90s, he absolutely tore down a spotlight feature appearance on the most talked about album of the year: good kid, m.A.A.d city. Now in his mid-forties, it’s abundantly clear that the “Compton Psycho” hasn’t lost a lyrical step, and his wisdom is making his words all the weightier. Teaming with DJ Premier and Year Round Records for this album nearly five years in the making, we are hoping for everything we love about West Coast storytellers and East Coast boom-bap. 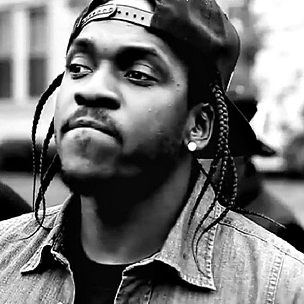 My Name Is My Name by Pusha T

We’ll finally see a proper, solo album from Pusha T over 20 years after he initially entered the Rap game on Clipse’s shelved 1992 album, Exclusive Audio Footage. It’s convenient to assume that trading Neptunes production and Virginia traphouse stories for Kanye West tracks and references to Givenchy creative director, Riccardo Tisci signals some kind of evolution. But Pusha T has always been about what he deems to be “lifestyle music.” The titular reference to a catchphrase from “The Wire” character Marlo Stanfield points to Pusha’s own stubborn persistence and what we can hope is a project that appeases old fans of “Grindin’” and the newcomers that gravitated toward “Runaway” and “New God Flow.” 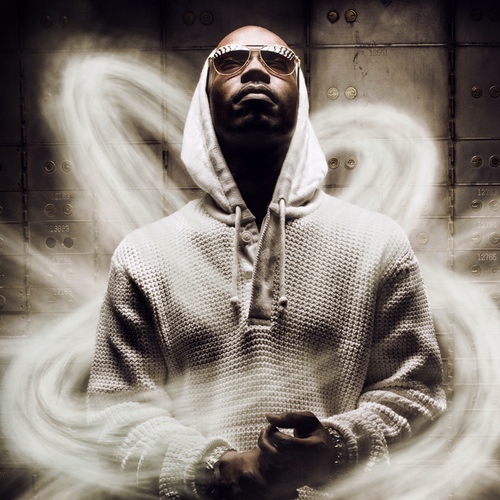 Believe it or not, Stay Trippy will be Juicy J’s second time around as a soloist. He’s added an Oscar and an ill-fated MTV reality show to his resume since the 2002 release of Chronicles Of The Juice Man: Underground Album. But judging from song titles such as “Gimmie Head” and “Smoke Dat Weed,” Jucy J’s modus operandi hasn’t changed. If “Bandz A Make Her Dance” is any indication, his newfound Taylor Gang affiliation should bring in a new generation of fans. Stay Trippy should finally provide Hip Hop’s original “Juice Man” the chance to cash in with a major budget while still catering to two cult followings. It’s something that was always an either or with Three Six Mafia—trippy indeed. 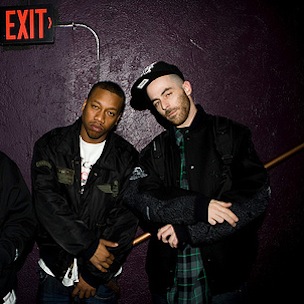 Planet Asia and Alchemist both make a lot of projects. However, both artists seem to sound particularly great when they’re together. Unfortunately, while P.A. has been instrumental in the introduction of guys like Fashawn, his previous crew Gold Chain Military failed to make the splash we saw 10 years ago from Cali Agents in an over-saturated scene. As we heard briefly on Russian Roulette, with ALC behind the boards, a crew like Durag Dynasty can shine lovely this year, especially with Al’s truly dynamic arsenal of heaters. Killer Ben and especially Tri-State deserve to be heard after years of due-paying, and as evident in last year’s Black Belt Theatre, Asia sounds revived once more. 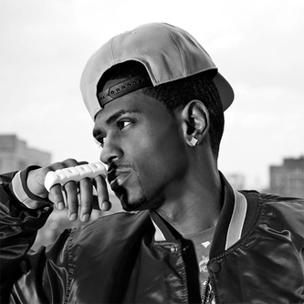 Hall Of Fame by Big Sean

Once Big Sean dropped “My Last” with Chris Brown (off his debut album Finally Famous), he had a pretty swift ascent into the Pop world. The G.O.O.D. Music pretty boy also hopped on one of 2012’s biggest cuts, “Mercy” and so began the waiting game for Sean’s next album. He’s hit several career milestones already, so whatever he has cooking for the re-up will surely please fans. Big Sean even said recently that Kanye West, J. Cole and even No I.D. have already heard the project and were “blown away.” With feedback like that, who knows what’s in store? While a title like Hall Of Fame is pretty ambitious, it’s in his G.O.O.D. genes to aim high. 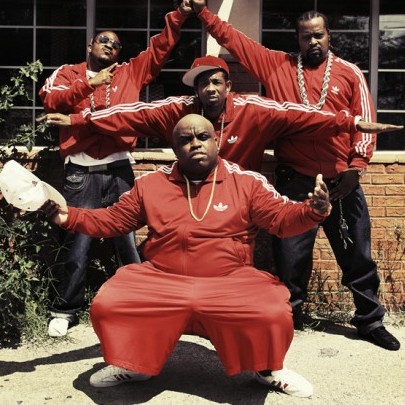 Age Against The Machine by Goodie Mob

Internal differences and unrealistic sales expectations doomed Goodie Mob before they could cash in on their critical acclaim. Viewed outside the context of their Dungeon Family origins, we’ve seen individual members—most notably Cee Lo Green—balance catering to mainstream tastes while showcasing the talent that made Soul Food and Still Standing fan and critical favorites. The lukewarm reception to their 2012 reunion single, “Fight To Win,” proves that they’re still ironing out a few kinks. But given Cee Lo’s recent string of hits, the odds are in Goodie Mob’s favor to crossover without alienating the people down with them since “Cell Therapy.” 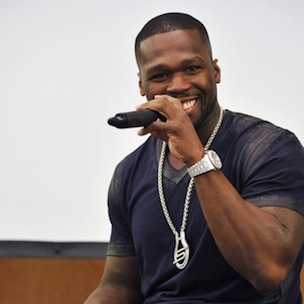 A reported $400 million deal with Coca Cola for his stake in Vitamin Water and the overwhelming success of his first two albums, means 50 Cent never has to rhyme again. The fact that he still actually wants to, and can draw a sizeable audience when he decides to drop a project is intriguing at the very least. If we excuse the rushed Alicia Keys and Dr. Dre-assisted “New Day,” early returns show 50 recapturing some of the energy from Get Rich Or Die Tryin’ 10 years after its release. After cosigning his Shady/Aftermath debut, Eminem will be more prominent on Street King Immortal than he was on the last two 50 Cent albums combined. There’s a bit of irony in one of Hip Hop’s brashest moguls getting an artistic bailout, but the stage is set for 50 to bookend his Interscope career with strong efforts. 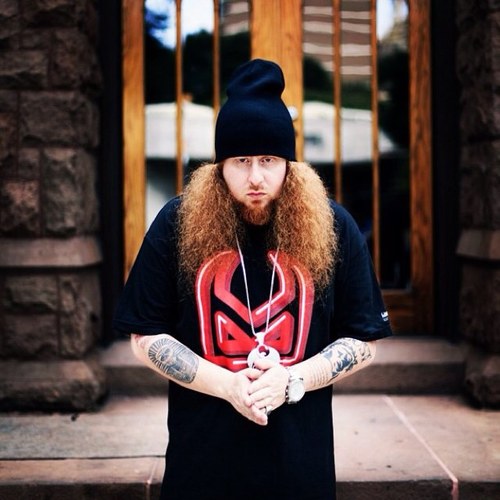 The Life and Times Of Jonny Valiant by Rittz

One of HipHopDX’s “Most Important Rookies Of 2012,” Gwinett County Georgia’s Rittz has been on a roll since his 2010 appearance on Yelawolf’s “Box Top Chevy.” The Trunk Muzik guest spot was followed by two acclaimed mixtapes White Jesus and White Jesus Revival along with a track on Yelawolf’s Shady Records debut. All of this plus Rittz’s killer live performances got the attention of Tech N9ne who signed the Slumerican to Strange Music last year. Rittz’s first track as a Strange artist, the Tech-assisted “Bloody Murdah” shows why The Life And Times Of Johnny Valiant shouldn’t be slept on when it drops on (what we were told by Strange) April 16. With a mix of hyperspeed rhymes and song topics that run the gamut from humorous to poignant to dark, Rittz and Strange are a perfect fit for each other. Fans should expect guest appearances from artists like Yelawolf, Tech N9ne, Krizz Kaliko along with a few surprises. 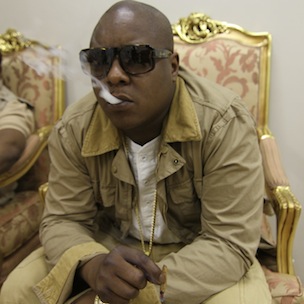 Top 5, Dead Or Alive by Jadakiss

Top 5, Dead Or Alive is arguably Jadakiss’ Detox. Reason being, it’s the album Kiss has been talking about for years now, and the title that he’s held since the start of his career. On everyone’s lists of their Top 5 rappers (dead or alive), Jadakiss usually manages to creep up in the mix. It’s well deserved, and despite not having this particular album in our hands, Kiss managed to serve some proper projects like The Last Kiss and a few mixtapes. There’s a lot riding on this particularly titled album, and while Jadakiss is already halfway done with it, that means we should be seeing it soon. So maybe it isn’t like Detox after all. 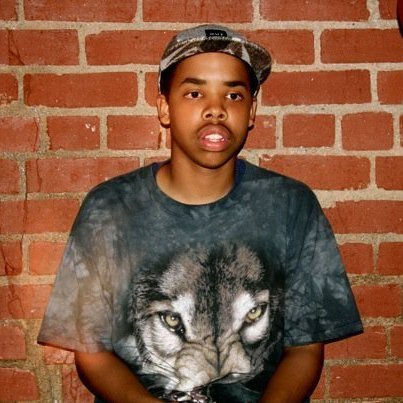 Earl Sweatshirt could possibly supplant Frank Ocean as the Odd Future member with the widest crossover appeal. The likes of Pharrell Williams and Alchemist have been linked to his debut, and he’s taken to Twitter to shatter the hopes of anyone expecting him to rhyme the way he did on early OF offerings. That doesn’t mean he isn’t still pissed. He’s called out Complex and The New Yorker for investigating his 2011 absence and family life. Add in “Chum” and his work with Flying Lotus on “Between Friends,” and Doris has the potential to be the most angst-ridden, angry accessible album since either of Eminem’s first two albums.

RELATED: The Most Anticipated Albums Of 2012