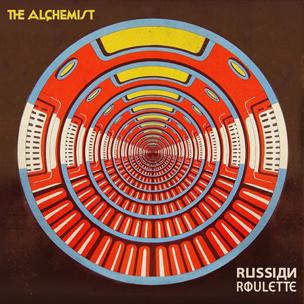 The Alchemist is rightly regarded as one of the greatest Hip Hop producers of the last 15 years. He has made dominating mainstream hits like Prodigy’s “Keep It Thoro,” Cam’ron’s “Wet Wipes” and Nas’ “No Idea’s Original,” all the while simultaneously supplying esteemed artists rarely heard on radio, such as Defari or Infamous Mobb with production just as potent. With nearly 20 years in the game, the one thing Alchemist appears to be missing is an album under his name that lives up to his for-hire catalog. Previous solo releases were largely perceived as minor compilations for the hardcore fan, while other work was either under the guise of collaboration or dismissed for the fact that it was free. With Russian Roulette, Alchemist joins Dr. Dre and Kanye West by having an ensemble project that properly shows the producer’s cohesive vision and dynamic evolution. For liner note illiterates, this is an album that sums up Alc’s range and understated ability.

The revolving chamber of Russian Roulette never stops spinning, which is one of the album’s greatest attributes. Like J Dilla’s Donuts and Madlib’s Beat Konducta series, Alchemist disregards the conventions of major label producer-albums, and piles on 30 tracks, a linear mosaic of instrumentals and vocal impressions. There are several movements, adding to a journey that feels very imaginative, both to Alchemist and to the listener. The man who notably deejayed for Eminem for years seamlessly blends his tracks, making Prince Among Thieves-like stops with rappers (though not in character) stealing the moments as their own. Highlights include Roc Marciano’s stamping out the aptly-titled “Turning Point” with his signature nonchalance and laid-back lyrical coolness. Mr. Muthafuckin eXquire calls back to Biggie’s famous “Warning” cell phone conversation on “The Explanation” in a way that feels smart and sophisticated, and exceptionally clean for the Brooklyn sensation. Fresno represents beautifully as Planet Asia and Durag Dynasty slide “Junkyard Fight Scene” right into “Oleg’s Flight” with Fashawn in a masterful transition within the album that can feel like one song or two. The lyrical spots are interspersed with instrumental creations, some of the best moments on the album.

Coming under the mid-’90s tutelage of Havoc and DJ Muggs, The Alchemist’s record digging and sampling has always been apparent. However, on Russian Roulette, the producer unveils his mastery in the field. Foreign (presumably Russian) Psych and Jazz samples drive much of the album, a slight continuation of his work on Gangrene’s sophomore album earlier this year. “Russian Mornings – Sunrise” and “Russian Evenings – Sunset” are beautiful moments in the album, like breaks within an album built on samples. The project uses Rap wisely, but refuses to be simply labeled as a Rap album, as it contains moments that are especially Jazz and Rock-driven. Like the aforementioned Muggs or DJ Shadow, Alchemist really shows that he is beyond capable of dabbling in other genres, and the man who’s career has been rooted in Rap shows just how deep his crates go.

Russian Roulette is The Alchemist finding his latest pocket. Although it feels druggy and improvisational at times, the outcome is soberingly great. The California native built an ensemble that included a largely low profile list of both skillful veterans and unique newer voices in Hip Hop, and he made an album. Expectedly, aspiring producers can study it; hopeful emcees will try to rhyme over its parts from the “rapper’s best friend.” But for the first time in Al’s career, he solely has orchestrated a concoction that is just an outstanding listen for the audience. Al left the machines and boards this go-round as the man with the golden gun.