Envision a prolific author of yesterday. You might be thinking of a pensive man with a long beard, sitting behind a timeworn wooden desk. He stays hidden in a deserted cabin, writing with a quill pen and combing his beard in thought. You might be picturing someone that looks like Walt Whitman in his late years. Now picture the Hip Hop version of this. You’re likely picturing Aesop Rock.

Aesop has made a career of being that mysterious author. From Music For Earthworms, to Float and onto Labor Days, Rock maintained an underground buzz that seemed to blow up in the independent Hip Hop scene with “Daylight.” Since then, Aes has been the author experimenting with sounds and words to critical acclaim, bringing him through Bazooka Tooth, None Shall Pass and finally, this year’s Skelethon, out via Rhymesayers (a long with a few EPs). Throughout, Aesop Rock has kept his title as one of the genre’s most acclaimed lyricists, even when some have doubted his approach and accessibility. None of the criticism has mattered to his fans. Now, none of that bothers him.

In this interview with HipHopDX, Aesop Rock shares why this criticism no longer irks him, why he feels it’s “strange” to dismiss his rhymes as nonsensical and why he feels passionate about the meaning behind his lyrics. He also discusses the passing of MCA, an icon who inspired him and he shares more about “Daylight,” as well as his latest album, Skelethon.

HipHopDX: In 2007, you told HipHopDX that the Beastie Boys were one of your earliest connections to Hip Hop. With the passing of MCA, can you express your thoughts when you first heard the news?

Aesop Rock: [MCA is] an icon to me. Really sad stuff.  So many fantastic contributions to music. [The] Beastie [Boys] are a one-of-a-kind group. There won’t be another. MCA is amazing.

DX: How did their longevity inspire you?

Aesop Rock: Beasties just kept on. No break ups, no public BS’ing, just a steady output of records over a really long period of time. They stayed away from a lot of what makes music come across as corny, and managed to blow the fuck up while keeping it all in their own lane. They’d always take time and craft a good record, really promote it artistically, and just set an example for what a group should be like, from the chemistry to the art and styles they brought, just the complete package.

DX: Your storytelling has been praised by several critics, most recently by our own J-23. Who are the storytellers that have influenced you since childhood to now?

Aesop Rock: Thanks very much. I feel like that storytelling aspect of things is one of the more challenging to get my head around, so it’s nice to hear that. I’d say Slick Rick is probably the godfather of a properly constructed story-rhyme. I always loved that he could maintain an interesting story line while still styling and keeping his flow intricate. I always thought John Darnielle, who sings for The Mountain Goats, was a fantastic story-teller, and I think I learned a lot listening to his music because by nature, his style of music has less lyrics than most Rap songs, which are pretty bloated. So hearing someone trim the fat and only include the relevant details and plot points is really helpful I think. Really though, there are so many good storytellers in music.

DX: What is the biggest misconception of Aesop Rock, the artist? Where do you feel it comes from?

Aesop Rock: Hard to say. I don’t keep as much track of them as I used to. I try not to let that type of stuff bother me, though I guess occasionally it does. I don’t like seeing people who don’t like my music dismiss it as “gibberish” or “nonsensical.” It quite simply isn’t. I get that the wordplay and overall verbiage can be pretty swelled up, but to dismiss it as nothing because it isn’t for you is a bit strange.

DX: What gratifies you most about Hip Hop?

Aesop Rock: It’s just a sound that pleases my ear – a nice beat with a fly rhyme on top of it. That shit sounds amazing to me. So taking the time to craft something that will hopefully have a bit of a shelf life and include real emotion, that’s the most gratifying thing. Sitting back after a song is demo’d up and having that short, personal high echo through me before moving on to something else – I think that’s the best part.

DX: What’s your greatest frustration with it?

Aesop Rock: [It] could be anything. Some days I can’t write. Some days I can’t make a beat. Some days I question my relevance in “music,” which is beyond annoying – mostly because I ultimately don’t want to care. But yeah,  a lot of those cyclical patterns are pretty easy to fall into. As much as the right thing to do is just loosen the reigns and keep it moving, most of the time it’s pretty impossible to do that in a moment of frustration. A lot of just questioning my confidence and abilities, stuff like that.

DX: What have you found most surprising about your career?

Aesop Rock: That I have one at all.

DX: As a producer, how have other genres influenced your sound?

Aesop Rock: Well being a Hip Hop producer who got his start by doing a lot of sampling, Hip Hop is essentially a patchwork of every other type of music. I don’t stick to sampling just Jazz, or just Rock, or just Classical – I like it all.  I like combing through all genres and seeing what I can pull from them – what little part of this can I drag into my world? These days I try to combine samples with live instrumentation, and it just furthers the possibilities of pulling from all over the place.  I like that Hip Hop production borrows from everywhere. I like having a patchwork-y sound.

DX: How have other Hip Hop producers molded your sound, in your opinion?

Aesop Rock: I have spent some time around some talented people, but I also never really had anyone sit me down to say, “Do this this way.” I remember learning to sample on the ASR-10 with Blockhead while reading the instruction manual – nobody was like, “Do this to freak it.” [Laughing]  I always hear beats I love but I never really knew how to go for the sound. It’s a ton of trial and error. I picked up tips from people I was around a lot, Blockhead, Camu [Tao], etcetera. But there is a fair amount of sitting alone, trying things out until you stumble onto a sound that inexplicably is inspiring you to rhyme. You could be going for one thing all day – like you really want some long violin line – then after hours you stumble on a half-second banjo riff and that’s that. Whatever ties the room together.

DX: You’ve been open about how this album [Skelethon] has been both rewarding and that it was maddening while recording/producing. What was most rewarding about the project? What drove you mad?

Aesop Rock: I think I tend to find record making pretty maddening in general. For me, it’s just an exhausting process, one that I love and wouldn’t trade for the world – but an exhausting one no less. I guess being at the helm of the rhymes and beats for the whole project – you run the risk of just tinkering and tinkering and tinkering – forever. I could add and subtract little things from these songs all day everyday. It’s difficult to just let something be done. You can have five people telling you, “Nice, it’s done!,” but you want it to be so damn good that you’ll second guess forever. I think in general that’s what can get maddening with this stuff – just ironing out the intricacies.  Once it’s all in place, that’s when the reward feeling comes.

DX: What have you learned about yourself as an emcee while recording this album?

Aesop Rock: I think I just learned that there is so, so, so much uncovered ground in the world of emceeing.  So much to explore. 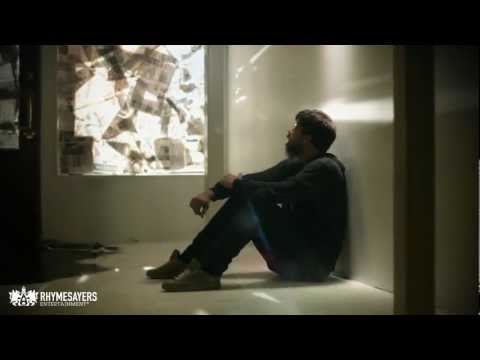 DX: I remember hearing an emcee you collaborated with talk about deciphering your music for a long time, saying he was still trying to make out what you said on a record. Have you thought about releasing a book to explain all of your lyrics or do you like that everyone can take something different away from your words?

Aesop Rock: I wouldn’t say I like or dislike that. I have specific meanings for them, which I’ve come to realize nobody on earth will ever interpret like me. None of these songs will ever mean to anyone what they mean to me, so getting people to enjoy it in any way is awesome. Having people really dig into the lyrics and apply it to themselves is beyond flattering, and as aspect of the stuff I never planned on. I’m happy it has come to that. Really, any way anyone finds to enjoy the stuff is okay by me. So much of it is trial and error, and figuring stuff out, so I have to allow some of that for the listener too.

DX: “Daylight” is one of the most popular songs you have released. It seems to have connected with so many people, yet the Net is filled with fans saying, “I don’t know what it means.” Perhaps this speaks to one of the previous questions but what were your thoughts while writing that song? What were you trying to convey in your verses?

Aesop Rock: I remember it being just a general life song. It speaks on a lot of things, there’s some childhood memories, mixed with some life experiences, mixed with a creativity-will-conquer-all vibe, mixed with a youth trying to interpret his day and figure out how to make it to the next one. A lot of songs I write, since then and even through now – will just be general life songs, where I can dip in and out of many prominent, sometimes conflicting emotions or experiences and kinda sum it all up by saying something to the effect of – well this is it, you know? This is life. I’m trying my best, trying to figure it all out, how to get to the next day and feel like I did okay, what is important to me, what do I hate – basically all of that combined with whatever is directly surrounding me at the time – what friends, where do I live, how are things, etcetera, all of that.

Aesop Rock Says His Next Release Will Be Uncluded With Kimya Dawson,

DX: What can fans expect next from you?

Aesop Rock: More touring for awhile with the Skelethon project. Myself and Kimya Dawson have a group project called the Uncluded, and our record will probably be the next thing I am out promoting.  Also starting work on a new Hail Mary Mallon album, my group with Rob Sonic and DJ Big Wiz, also some guest spots, videos, and all that stuff. I hope to keep busy.