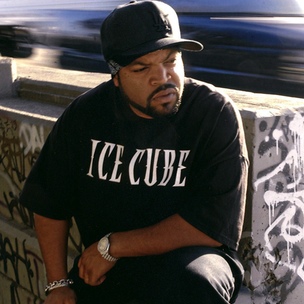 A few days after The Art of Storytelling was posted I got an angry phone call from a friend of mine who demanded to know why I didn’t include Nas’ “Rewind” in my editorial. Besides that this wasn’t a Top 10 list, just merely some of my favorites, Nas’ outstanding track wasn’t exactly the type of track I was looking for. My boy proved my point when I asked him what “Rewind” was about and he couldn’t tell me anything but “the shit was backwards!” No question, Nas’ concept and execution was brilliant, but as I said in part 1 “I’m talking about it that real, vivid, cinematic type shit.”

This list could be a hundred deep and it wouldn’t cover everything that deserves mention. Great storytellers like Guru, MC Eiht, Scarface, Andre 3000, Redman, Blueprint, Cage, Tupac, etc are nowhere to be found. Others who are listed here deserve entire editorials for themselves. Not to mention those who have made entire albums weaving a story together like Masta Ace’s Disposable Arts, Prince Paul’s A Prince Among Thieves or Sticky Fingaz’ Black Trash. There has been no shortage of incredible storytelling over the past 30 years or so, let’s take a look at another ten great one’s. 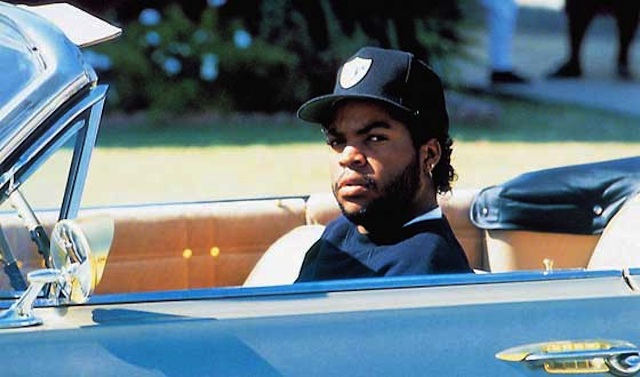 Ice Cube is in the upper echelon of all-time great storytellers. In fact, you could easily make a list like this just for O’Shea. Just check the resume; “Once Upon A Time In The Projects,” “A Gangsta’s Fairytale,” “Gangsta’s Fairytale 2,” “My Summer Vacation,” “Today Was A Good Day,” “Who Got The Camera,” “Extradition.” I could go on and on. I had to give the nod to the Death Certificate classic because Cube’s storytelling is so vivid. Listen to the song, you can picture every moment of it perfectly as he narrates. Even still, I feel kind of guilty for not picking “Today Was A Good Day.”

The Notorious B.I.G. – I Got A Story To Tell 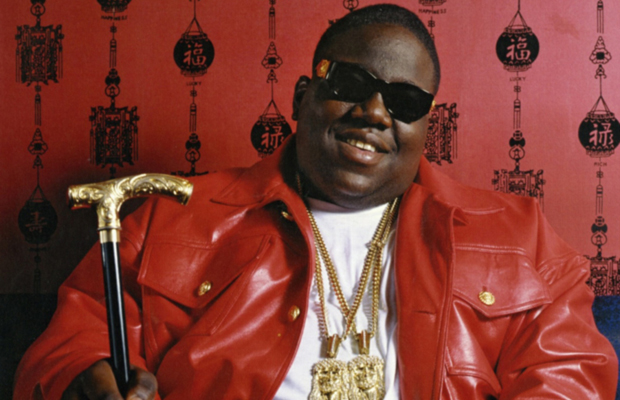 Characters: The Notorious B.I.G., woman, New York Knick
Setting: New York City
Plot: Big has to get creative when he’s nearly caught with another man’s woman and gets an unexpected payday
Excerpt: “We fucked in his bed, quite dangerous / I’m in his ass while he play against the Utah Jazz”

Lesson: Always keep some rope handy when sleeping with a taken woman

Biggie has no shortage of candidates here; “Warning,” “Niggaz Bleed,” and “Me & My Bitch” to name a few. “I Got A Story To Tell” has long been my favorite though. From The Notorious B.I.G.’s always effortless delivery of the creative story to the recap to his boys as Buckwild’s classic runs on, it all clicks. 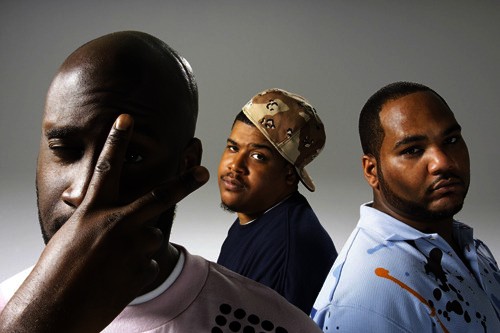 Characters: Millie, Dillon, De La Soul
Setting: New York City
Plot: Millie takes revenge on her sexually abusive father
Excerpt: “As I’m jettin’, Millie floats in like a zombie / I ask her what’s her problem, all she says is ‘Where is he?’ / I give a point, she pulls a pistol, people screamin’ / She shouts to Dill he’s off to hell ’cause he’s a demon”

One of De La Soul’s greatest strengths is their ability to tell a serious story in the third person over a beat that would never sound as such to somebody not paying attention to the lyrics. De La Soul Is Dead is a nice balance of the serious, the whimsical and the autobiographical. “Millie” is a benchmark song in rappers profiling the abuse against women, and one of the keystone tracks on one of De La’s several classic albums. Hopefully the trio’s reunion with producer Prince Paul brings more of these tracks back to the forefront. 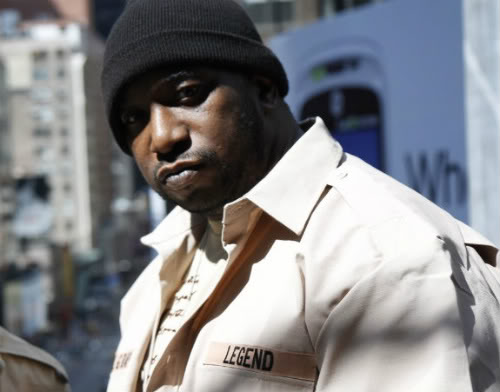 Characters: Kool G. Rap, Sir Jinx, Debbie, little kid
Setting: New York
Plot: G. Rap gets cock blocked by Jinx and a kid
Excerpt: “She jumped up in a flash and took my dick out of her mouth / The little niggas throwing a fit, talking about he’s hungry and shit”

Another case of an artist with a big selection to choose from, and it was coin flip between “Operation CB” and “On The Run.” Any song with G Rap getting his shins smashed with Tonka trucks and cursing out cock-blocking children has to get the nod though. One of the reigning kings of Raunch Rap. 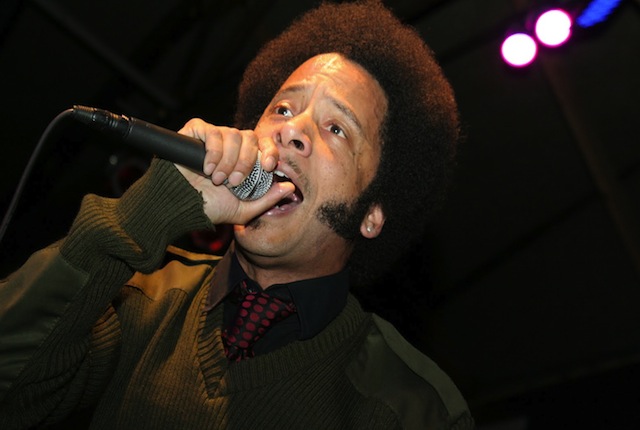 Characters: Boots, cashier, cousin, Mayor, CEO of Coca-Cola
Setting: The Bay
Plot: A hustler posing at a waiter looking to rob some rich folks realizes he’s the one being hustled
Excerpt: “Fresh dressed like a million bucks / I be the flyest muthafucka in an afro and a tux/my arm is at a right angle up silver tray in my hand / may i interest you in some caviar ma’am/my eyes shoots round the room there and here / Noticing the diamonds in the chandelier”

Leave it to Boots Riley to take what seems to be your average hustler’s tale and turn it into a lesson. Boots plays a hustler posing as a waiter at a swanky party, plotting to make off with some goods. But when he overhears the Mayor and the CEO of Coca-Cola doing some real plotting, he’s forced to reassess his position. The video is amazing too, damn I miss Wild Pitch Records… 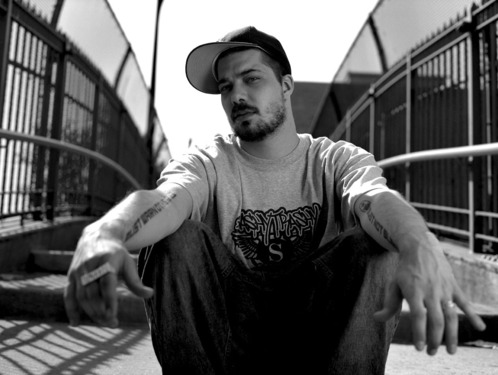 Characters: Lucy, Joshua, Mrs. Crabtree, Bobby, Mailman, Rico, Nurse
Setting: New York City
Plot: From beginning to end, Lucy bucks social norms to live out her dreams
Excerpt: “Until the day she leaned forward, grinned and pulled the nurse aside / And she said, ‘Look, I’ve never had a dream in my life / Because a dream is what you wanna do, but still haven’t pursued / I knew what I wanted and did it till it was done / So I’ve been the dream that I wanted to be since day one’”

Not every great story is about sex, murder and crime. Aesop Rock’s catalog gem “No Regrets” follows the life of an artistic girl named Lucy who ignores potential friends and social outings in favor of doing what she wants to do. The message is simple and inspirational; don’t spend your life chasing your dreams, live them. 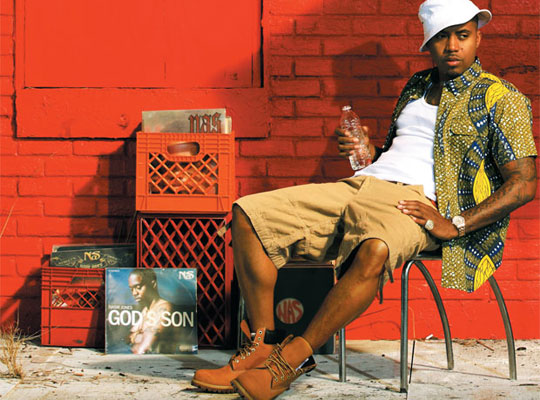 No one has ever accused Nas of writing simple rhymes, so it should come as no surprise that when he tells a story he leaves no detail untouched. “Blaze A 50” is best remembered for the surprise Nas has for his new chick, but it’s Nas’ painting the picture with such detail that made this song so great. 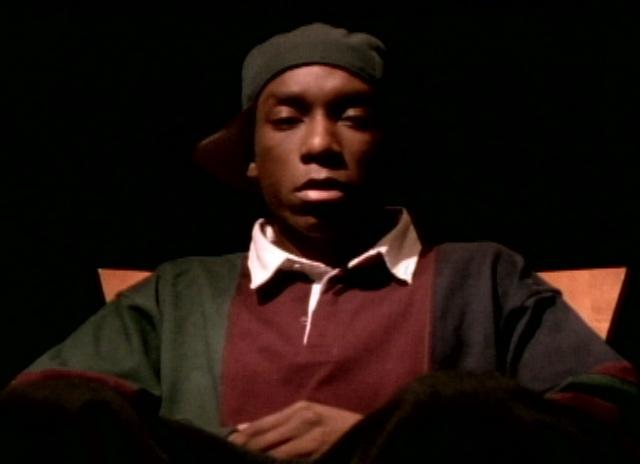 Characters: Big L Corleone, Tommy Gibbs, crew, Mike, Ben, wife, whore
Setting: New York and New Jersey
Plot: L’s revenge against his cheating wife turns out to be quite profitable
Excerpt: “Now I’m in the Range, switchin lanes, doin a buck ‘n change / I can’t wait to touch the lames and them fuckin’ dames / Reach the destination, grab the heat without no hesitation / These niggas fuckin up my reputation”

Like few others, Lamont Coleman made rapping sound very easy. While “The Heist” is an ill story of revenge and triumph, L makes you feel like he could write shit like that 5 times a day. L may have been a student of Lord Finesse, but on tracks like this and “Casualties Of A Dice Game” he has always reminded me of Kool G. Rap. 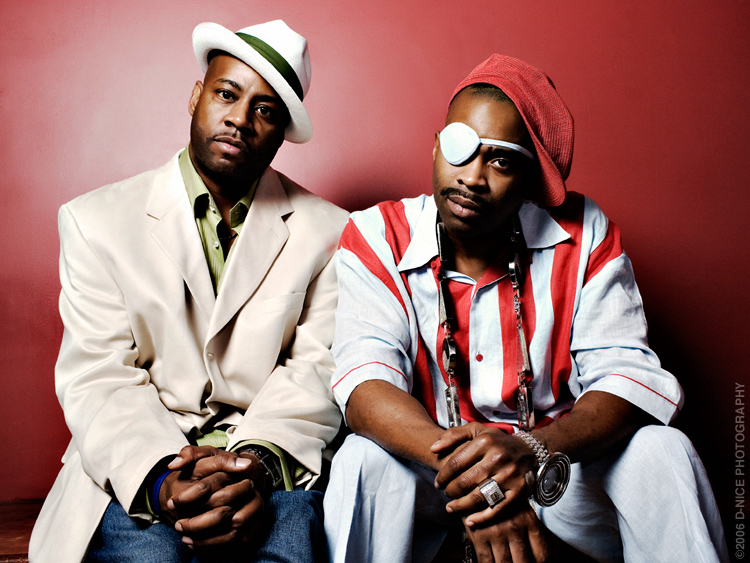 Characters: Dana Dane, Dr. Slumber, Nurse, Anita The Beast, Doggy dog female, Denise
Setting: New York City
Plot: Dana Dane describes a series of nightmares to a doctor
Excerpt: “Saw the def body with the vicious butt / How did I know she was a marvelous mutt / This lady I met was as ugly as hell / Couldn’t go in the jam with this female”

I’m sure it is no coincidence two of Rap’s greatest storytellers came up together as part of the Kangol Crew (and both of Snoop has chosen to cover for his usual remake). Like Rick, Dana Dane was a rapper who made a generation of young men grow up and write up their own stories when they heard songs like “Nightmares” and “Cinderfella Dana Dane.”

Atmosphere – The Woman With The Tattooed Hands 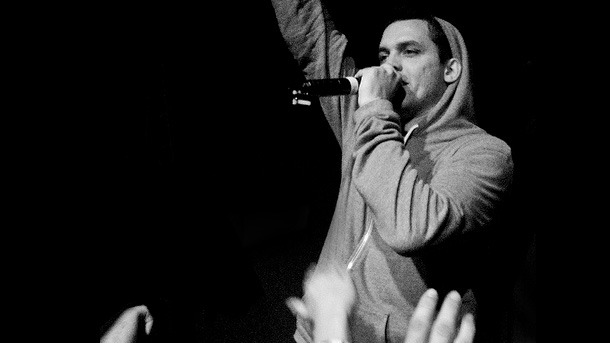 Characters: Slug, woman with the tattooed hands
Setting: Twin Cities (presumably)
Plot: Slug learns why a 43 year old woman has never been with a man
Excerpt: “I didn’t get turned on I just got turned / I wasn’t as aroused as I was concerned / For each one of ’em I’ve hurt / And every time I’ve been burned / I’ve got a lot to teach but even more to learn”

Lesson: Everyone will take a different lesson from this one

You could argue that Atmosphere’s Slug is Hip Hop’s greatest storyteller, but there is no arguing that he is the most prolific. I would he’s penned more than 50 songs worthy of inclusion on this list. The man has made a career out of telling stories. Whether they are stories about growing up, heartbreak, grafitti, his hometown or the simple paces of boring, everyday life, Slug has told the tale. “The Woman With The Tattooed Hands” has long stood out above the rest. Go to an Atmosphere show and listen to the crowd response when the drums signal the start of this incredible piece of fiction.