The Art Of Storytelling: 10 Great Stories Told Through Rap Songs

You could argue that anytime a rapper puts pen to pad or steps into the vocal booth, they are telling a story. I listen to some of these mono-syllabic spitting numbskulls and hear nursery rhymes at best, so I’m not prepared to go there. What I’m talking about it that real, vivid, cinematic type shit. The songs with a narrative so rich that you can picture it like a movie in your minds eye while you listen.

There is no shortage of storytellers out there; you can find verses, songs, or entire albums dedicated to telling tales. Like any form of art, there are those that are a cut above the rest. Telling a story is an art form in itself, whether you’re recalling a story to your boys at the bar, writing songs or making movies. A true storyteller can make an average story great, and a great story unforgettable. As these songs illustrate, it isn’t just the story, it is how you tell it. It is putting in those small, seemingly insignificant details, which make the listener feel like they are there. It is using a metaphor that captures a situation in a way that a description could never do. 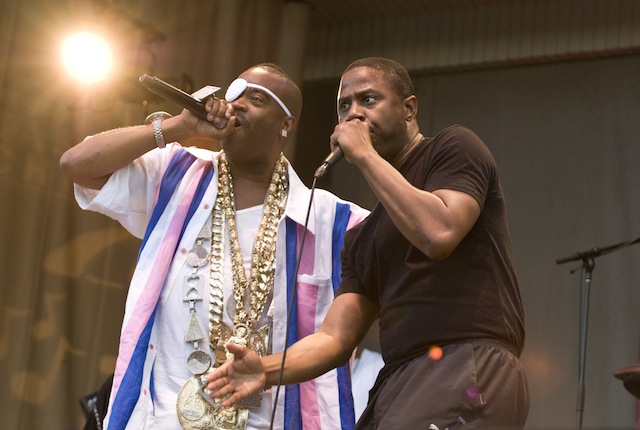 Characters: Slick Rick, Sally, mother, two little guys
Setting: New York (presumably)
Plot: A day in the life of Slick Rick
Excerpt: “Clean, dry was my body and hair / I threw on my brand new Gucci underwear / For all the girls I might take home / I got the Johnson’s Baby Powder and the Polo cologne…”

This may be a Doug E. Fresh song featuring a young emcee then known as MC Ricky D, but this song will always be remembered as the birth of Hip Hop’s first master storyteller. Over Doug E’s beatboxing, Rick effortlessly flips listeners through a day in his life. He details his brand of underwear as casually as he does the cat fight in his honor. Three years later Rick would deliver his debut album—which was damn near storytelling tracks from end to end and would forever cement his place in history. Respect the architect, or lick the balls.

Characters: Murs, best friend, family members, girls, Isiah, killer
Setting: Los Angeles
Plot: Murs gets his revenge on the year anniversary of his best friend’s murder
Excerpt: “Was when I got to my knees and held my nigga close / And asked not to leave us in the name of Christ Jesus / But he’s gone and all I got left is his blood on my sneakers…”

Everything Murs does is with great authenticity; this song turned mini-movie is no exception. From his stellar, first collaboration (Murs 3:16) with 9th Wonder, this tale of revenge-turned-regret is as vivid as they come. As is often the case, it is the small, seemingly insignificant details that bring this story to life. “I saw the killer stand up, he put the gun in his jeans / I saw him wince from the pain as the heat burned his waist / Then he turned up the block, disappeared without a trace.” Much like the man above, this song is just a good example of a huge selection of incredible storytelling. Murs tells a lot of stories; they’re creative, they’re interesting and they’re delivered with exceptional execution. 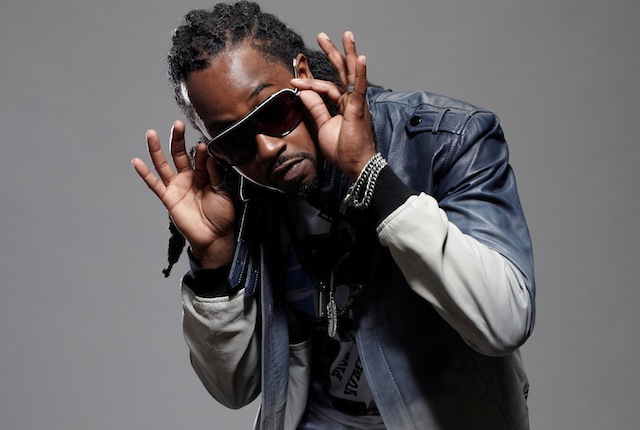 Characters: Saukrates, his Mom, Freddy, Jay, Mrs. Johnson, killer
Setting: Toronto
Plot: Saukrates watches his friend get murdered and faces a decision when he catches up with the killer
Excerpt: “Everything turned slow motioned and muted / In my mind while I saw these niggas creep up from behind / I see one pull a nine, I scream TURN AROUND! / Too late, my nigga Jay’s brain stained the ground…”

He can rap, he can produce, he can sing, and he can tell a story. The Toronto native Saukrates may never capitalize on the promise he showed on this album (he hasn’t even released one since this ‘99 gem). But that doesn’t diminish this song. Like the Murs song above, “Vietnam” is a story of friendship, murder and revenge, though the ending is a bit more open ended. Again, it is the small details that take this over the top—such as the line that gives the song it’s name, “Here come the ice cream trucks / Some kids playing double dutch / Looking ill but too young to touch / Then one shouts out, ‘Yo Big Sox when’s the album due kid?’ / ’It’s out stupid!’ / How informed my neighbourhood be / Like a Vietnam camp in ’73, separated from society…” 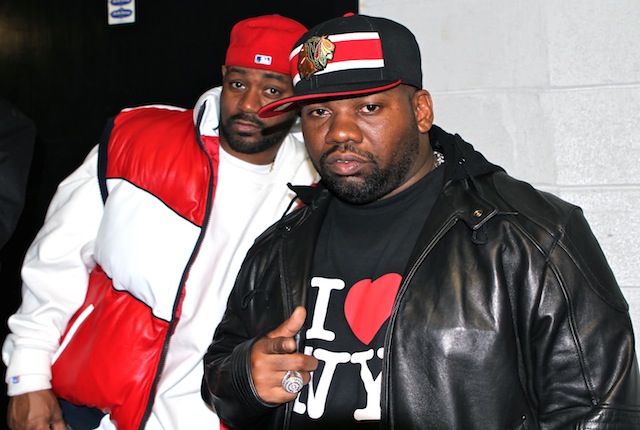 Characters: Ghostface Killah, Raekwon, assassin
Setting: Hilton hotel in Bermuda
Plot: Ghost and Rae narrowly escape a hit and rush to escape the hotel before the cops arrive
Excerpt: “Rae ran hysterically, slipped on soap / Landed on his back, with his gat / Now that’s dope…”

Another all-time great. There are countless Ghost songs that could fill this space. Like anything he does, Ghost spins a tale with so much style, and style that is unmistakable and impossible to duplicate. This stick up gone wrong is straight out of an action flick with Ghost’s verbal color splashed on it;  “It looked bugged cause the waiter looked nervous / Lift off the lid, seen two shiny .38’s aimed at the kid / What I do? Duck! / Rae up in the shower singing / Son don’t know that it’s real.” 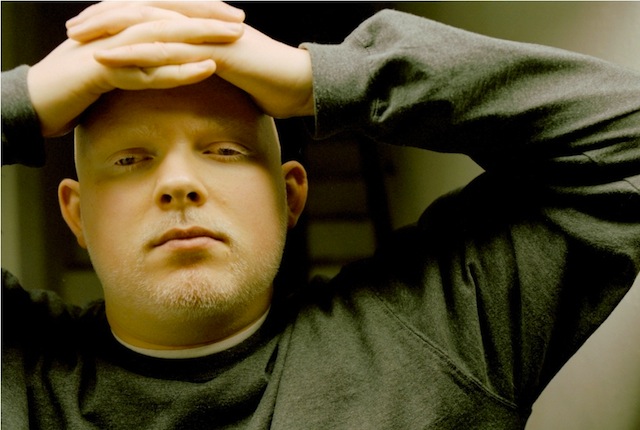 Characters: Brother Ali, his wife, Dorian, his wife, police
Setting: A Minneapolis apartment
Plot: Brother Ali beats down an abusive neighbour, the battered wife isn’t full of gratitude
Excerpt: “Now first thing’s first, I don’t judge you for the weed smoke / But I can hear your daughter yellin’ ‘daddy, please don’t’ / And it’s not once or twice, but every damn night / Man there’s somethin’ goin’ on up in here that ain’t right…”

Lesson: Mind your own damn business.

In less than a decade, the Big Bad Brother has become one of Hip Hop’s storytelling elite. “Dorian” is regarded by most as his centerpiece. His peaceful attempt to interject in the life of his noisy and abusive neighbor gets physical. While Ali wins the fight, he loses the war in a twist that is all too common in abusive relationships. As usual, Ali’s wordplay reigns supreme: “Little man could make moves that I couldn’t/ He cut and tried to foot it, now how I should I put? / I stood at full posture and swatted him down the staircase / Bare knuckles to bare face, all punches, new hair place.”

Immortal Technique – Dance With The Devil

Characters: Billy Jacobs, his mother, gang members
Setting: Harlem (presumably)
Plot: An ambitious hustler robs, rapes and kills to be initiated into a gang
Excerpt: “The dirty bastards knew exactly what they were doing / They kicked her until they cracked her ribs and she stopped moving / Blood leaking through the cloth, she cried silently / And then they all proceeded to rape her violently…”

Lesson: Listen to songs till the very end.

For anyone who hasn’t heard this song, I wouldn’t want to reveal what makes this song so memorable. Let’s just say it is a really fucked up story told in gruesome detail by one of Hip Hop’s most compelling teller of tales. Clocking in at nearly 10 minutes, this is as close to cinema as Hip Hop gets. 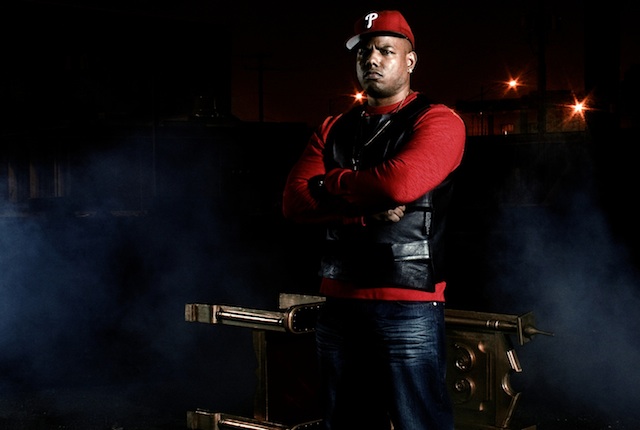 Characters: Disgruntled rapper, hostage negotiator, A&R, CEO, hostages
Setting: Label office
Plot: A one hit wonder takes hostages at his former label after murdering the CEO
Excerpt: “So my foundation which was once mentally and / Financially stable slid / Traumas all, was on alcohol plus I done acid / Put every egg into one basket…”

He may be known to few, but Chicago’s Vakill is nothing short of a supreme lyricist. For those who do know the Molemen constituent, he is acknowledged mostly for his punch lines, but he does not lack in story-telling ability to be sure. “Fallen” enlists one of Hip Hop’s most prolific narrators in Atmosphere’s Slug, and each emcee plays a character. Vakill plays the rapper with the rapid rise to fame and riches, only to fall even faster. When the disgruntled rapper storms his label and takes an A&R hostage, it is Slug who takes on the role of hostage negotiator. The outcome is one that is sure to make any rapper – successful or not – give a little chuckle. 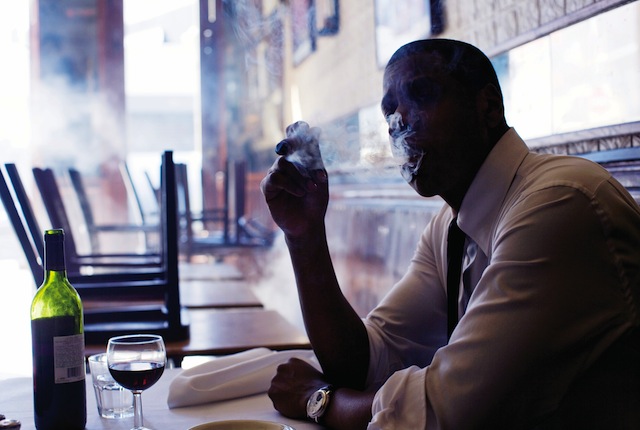 Characters: Jay-Z, crew, rival crew
Setting: Motel parking lot
Plot: Jay-Z protects his turf from a rival drug gang
Excerpt: “You draw, better be picasso / Y’know the best / Cause if this is not so / Ah, god bless…”

Considering the size of his catalogue and the depth of his talent, it is surprising that Jay hasn’t done more non-autobiographical storytelling a la “Meet the Parents.” Predictably, most of Hov’s storytelling revolves around hustling. And there’s no finer an example than Reasonable Doubt’s “Friend or Foe.” Jay describes a motel room stick up via a one sided conversation. Mr. Carter is in classic form here, delivering threats with an arrogance and casual menace that can’t be duplicated.

Characters: Eminem, Stan, girlfriend
Setting: undisclosed
Plot: Obsessed fan kills his girlfriend and himself after Eminem is slow to respond to his fan mail
Excerpt: “I can relate to what you’re saying in your songs / So when I have a shitty day, I drift away and put ’em on / Cause I don’t really got shit else / So that shit helps when I’m depressed / I even got a tattoo of your name across the chest…”

“Stan” may be best remembered for Em’s duet with Elton John at the Grammy’s, or for creating the standard term for irrational super fans. What cannot be overlooked is Eminem’s flawless concept and execution. This song was very clearly written by a man with a great deal of experience with rabid fans; passive aggressive remarks and justification of their actions giving way to psychotic behaviour…not unlike a crazy ex. Us average folks can never truly appreciate Em’s experiences, but the praise he was given from other musicians, actors and athletes regarding this song tells you just how well he found the mark. 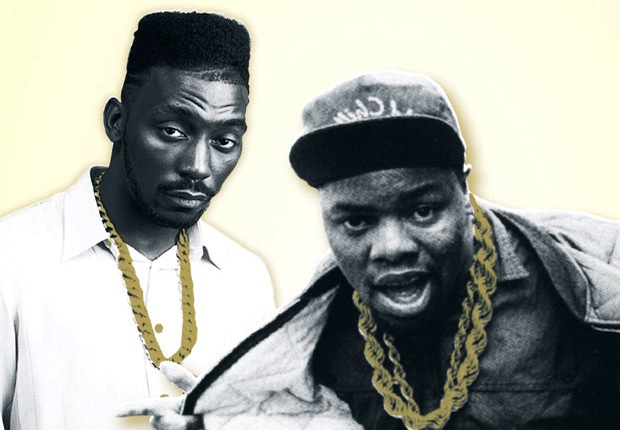 Characters: Biz Markie, Big Daddy Kane, TJ Swan, Cutmaster Cool V, Fran, record store boss, classmate
Setting: New York
Plot: After becoming successful, Biz, Kane, TJ Swan and Cool V see their naysayers turn into dickriders
Excerpt: “They said that he will grow up to be nothin’ but a hoodlum / Or either in jail, or someone would shoot him / But now he’s grown up, to their surprise / Big Daddy got a hit record sellin’ worldwide…”