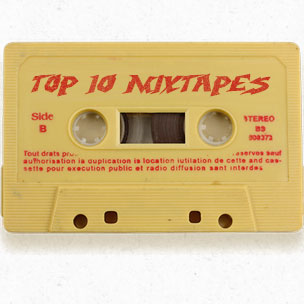 In 2012, it didn’t matter if you were dropping an album or a mixtape because the stakes were high either way. Fans expected great results from any release. Some artists didn’t take advantage of this opportunity while others capitalized on high expectations, dropping mixtapes that were sometimes better than full-length albums. This, of course, resulted in strong efforts from emcees and producers looking to build anticipation and buzz for their albums and careers. There was no shortage of mixtape releases but here, we take a look at some of the top vote-getters for best mixtape projects of 2012.

Compiled by the HipHopDX staff and 2012 contributors. Captions written by Andres Vasquez. 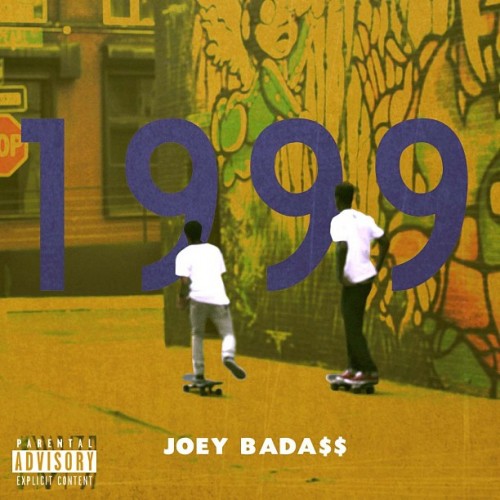 With 1999, it seemed like Joey Bada$$ found a way to swerve in the Delorean all the way to 2012. Along the way, Joey became a shining young star for many, rekindling and remixing a nostalgic sound while awakening others with his talent. The teenager appeared to be from a different era but he now appears to be here to stay. Time will tell what Bada$$ can do in 2013 and beyond but for this year, he crafted one of the top mixtapes, even if it did sound like a high quality cassette tape from ’99, which isn’t a knock as long as he brings us back to the future with his next release. 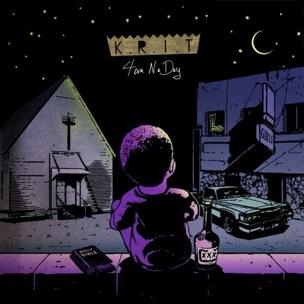 It seemed like Big K.R.IT. couldn’t miss with each release. 4Eva N A Day was yet another homerun in the emcee/producer’s catalog. With this swing, K.R.I.T. proved that he poured over each release, even if it was a mixtape, with great fervor and attention to detail. The depth he brought to the tape was strong with “The Alarm” and “Red Eye” but it also showed he can hit from different angles, from “Country Rap Tunes” to “Yesterday.” As a testament to his versatility and skill level, 4Eva N A Day stands as another great hit from K.R.I.T. and a standout tape in 2012. 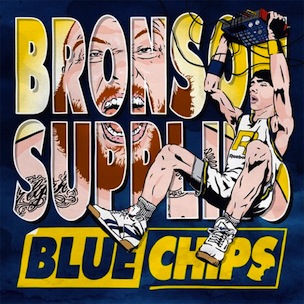 Action Bronson caught some flack for sounding like Ghostface early on. To make the Wu comparisons run deeper, he became known as a great chef. But this year, Action made it clear that he can stand on his own, shedding all comparisons and making sure his work ethic killed the criticism. Blue Chips was another great example of Bronson’s talent, wit and flow. Backed by Party Supplies, Bronson brought forth a strong body of work with Blue Chips that slammed on haters with his “charismatic character,” proving that he’s “far from amateur” and it helped replace the flack with respect. But it wasn’t the only tape from Bronson to make this list. 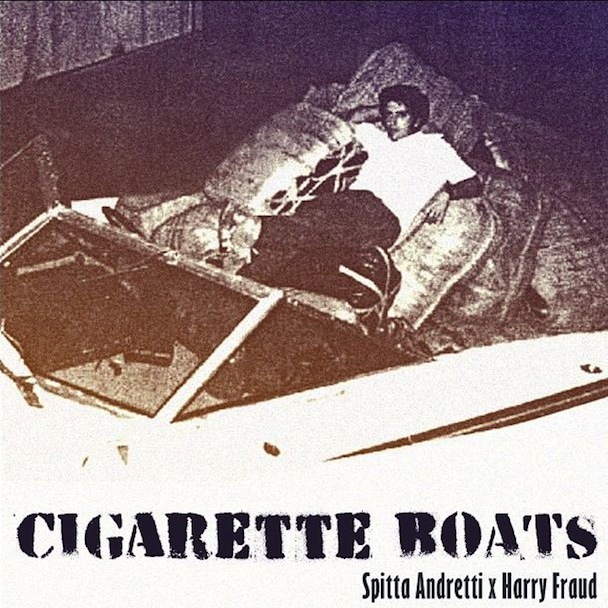 It’s always an issue of great chemistry when the right producer links up with the right emcee at the right time. This year, that happened with Cigarette Boats, a mixtape by Curren$y and Harry Fraud. The two went on to create a short yet gratifying project worthy of applause. Some may have missed the release (we did) but it pays to catch up with Spitta & Harry to hear the two co-create a mixtape worth highlighting. 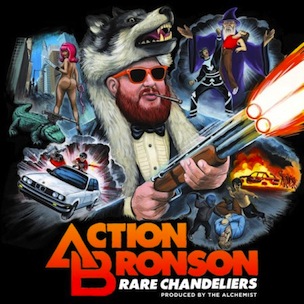 The fact that Action Bronson is on this list twice speaks volumes of his gift on the mic. But what raises the volume on this project is his collaboration with HipHopDX’s Producer of the Year, Alchemist. Together, the two joined forces for Rare Chandeliers an underrated but should-be-celebrated effort worth putting on your plate. From the haunting guitar on “The Symbol” to the soulful sounds on “Bitch I Deserve You” (and everywhere in between), Alchemist crafts exactly what Action needs and Bronson delivers with every cut. 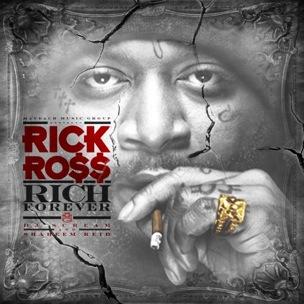 For all of the fanfare Rick Ross garners outside of the studio, it’s great to shine light on his work in the booth. Rich Forever made sure that Ross fans got their share of bangers from “Lord Knows” to “Triple Beam Dreams.” Further, he crafted hits like “Stay Schemin’” making this mixtape a talked-about project that seemed more like an album. If nothing else, Ross continued to raise the bar for mixtapes as he made Rich Forever one that some fans preferred over his album. 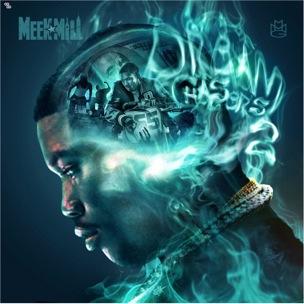 Before the hoopla surrounding his feud with Cassidy, the buzz was around Meek Mill’s mixtape release, Dreamchasers 2. When it dropped, fans were in a frenzy, even crashing servers. So how would it have looked if he disappointed those zealous fans? Thankfully, Mill delivered. With joints like “Burn” and “Amen” becoming anthems that blasted through 2012. His energy shined and his presence was strong, making Dreamchasers 2 seem like a dream that was conquered for him and fans alike. 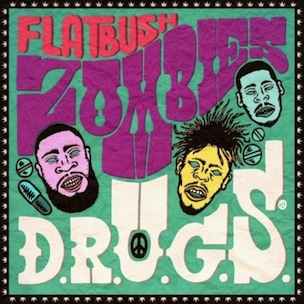 Coming from the underground, Zombies made their attack on 2012. The Flatbush Zombies made their impact through D.R.U.G.S. bringing Zombie lore to your door in a way that would make Walking Dead fans proud. D.R.U.G.S. or what has been known as “Death and Reincarnation Under God’s Supervision,” became the entrance for Zombie Juice and Meechy Darko. What an entrance it was. Catapulting from “Thug Waffle,” the crew must now live beyond this tape to fully make their mark but the Zombies definitely made a statement in 2012. 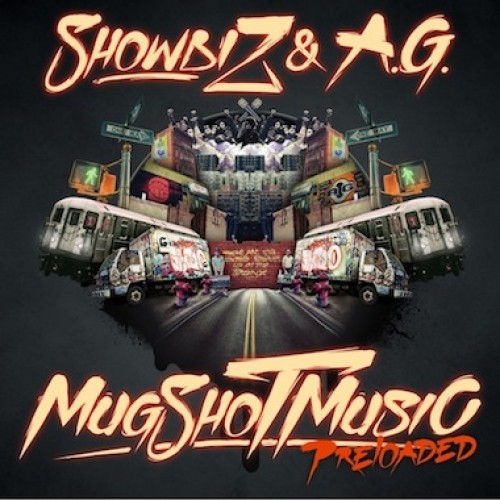 Proving that they’ve still got it, Showbiz & A.G. came reloaded with Mug Shot Music: Preloaded. This time, they came ready to take fans back to the basics. As Showbiz told HipHopDX’s Paul W. Arnold in September, that was crucial. “We still have to change with the times, don’t get me wrong,” he said. “But we still like to keep the basic Hip Hop a part of what we do.” That was exactly how Preloaded came out, bringing a nostalgic vibe while adding a 2012 flavor to the mix. From “You In Trouble” to “South Bronx Shit,” Show & A.G. proved that they can still produce noteworthy projects, a sign that there is no real expiration date for freshness. 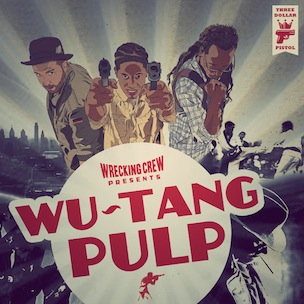 The Wrecking Crew came in the game with a plan on Wu-Tang Pulp. They were going to pay homage to their favorite group with their tape. Now this could have gone sour as Wu-Tang Clan’s notoriety and respect in the culture is high ranking. Balancing a project like this could have been a difficult task. However, The Wrecking Crew proved they were true fans, as Zilla explained. This was, as he noted, “shaped from the hearts and minds of three die-hard killa bee fanatics who spared no details in paying the ultimate homage to their heroes.” From “Dedicated to the Winners & the Losers,” to “Pulp Banga 101,” the group managed to craft an intriguing project that honors the legacy of the Wu while showcasing their own talents.

For Childish Gambino, also known as Donald Glover, Royalty was another push on his part to prove that this is more than an act. The emcee/actor/comedian dropped this tape in hopes of proving sincerity and skill trumped his celebrity. Royalty had comedy, drama and tragedy in rhyme form, so it’s safe to say his fans are anxiously waiting for the sequel.

Still making a name for himself, XV entered another door with Popular Culture. Sitting down on the Simpsons’ couch, XV showed a knack for lyrical dexterity and an ease with flow that appealed. Just listen to the fluidity on “Wonkavator” or his story telling on “Andy Warhol” for signs of XV’s strengths on display.

Making his claim for Producer of the Year more convincing, Alchemist took on this project with Domo Genesis. That combination was one to applaud, meshing both worlds perfectly. From the dark guitars on “Prophecy” and “Power Ballad” to the melodic sample on “Gamebreaker,” Al the Chemist provides a perfect soundbed for Domo Gen.

Honors English – State of the Art

True to his name, Honors English brought a skilled writer’s pen to the drawing board with State of the Art. Painting pictures with words, English gets a canvas to paint on with Needlz’ production. Together, the two created a concept driven tape that is nothing short of a work of art.

Listen to Honors English – State of the Art

2 Chainz claimed to be “different” this year but Death Grips really take the crown from him. This may be the tape that is most different from anything else on this list. The Death Grips brought aggression to the scene again here, making No Love Deep Web their mixtape fist of rage in the air. With tracks like “World of Dogs” and “Lock Your Doors,” fans of the group were treated to music as intense as their name.