On January 19th, 2012, the home page of Megaupload.com was replaced with an increasingly familiar image — a virtual certificate from the FBI stating that the domain had been seized under suspicion of racketeering, copyright infringement and money laundering. Several similar digital distribution sites have been shut down in the same manner, but Megaupload is the largest and most recognizable so far and the Justice Department’s actions may signal the start of a much more hands-on approach to curbing piracy. The take-down mirrored that of several notable Hip Hop blogs and websites in late 2010, including OnSmash.com and RapGodfathers.com. For its Hip Hop users, Megaupload’s seizure may have been familiar, but the effect reverberated through the entire entertainment industry.

Founded in 2005 by notorious online entrepreneur Kim Dotcom (his legal name), Megaupload quickly became one of the more popular sites of its kind. Despite its stated purpose as a legal file-hosting service—sometimes referred to as “cyberlockers”—Megaupload was well known among Internet users as a rich cache of pirated music, movies and software uploaded by its many users. For the film, software and video game industries, Megaupload is nothing but trouble, creating an easy way for their products to be distributed illegally without any clear benefit. For the music industry, on the other hand, things are a little murkier.

The Legitimate Side Of Megaupload

Today, the classic story of emerging rappers selling mixtapes from the trunks of their cars has been replaced with savvy young artists sending links to fans and bloggers. Current stars like A$AP Rocky, Kendrick Lamar and Odd Future owe much of their success to the ability to give away music online, and even established artists like Lil Wayne, Kanye West and 50 Cent have seen their profiles rise from popular free releases.

“For dudes like me that are still building up a fan base, these sites have been an asset for helping us to distribute music,” acknowledges Brooklyn rapper Torae. He has released material with independent label mainstays like Duck Down and Fat Beats throughout the last five years. “They also help to get musical collaborations done. Producers can send you [beats] to record on, and other artists can send you verses for songs and vice versa.”

Naledge of independent Rap duo Kidz In The Hall echoes the sentiment, crediting the Internet as “the major platform that we used to launch our career. Although I never was a big user of Megaupload, for independent artists like Kidz In The Hall, these outlets were tailor made to fit our free-wheeling infrastructure.” For artists on a tight budget, there’s a need for cheap, convenient methods of distribution, and perhaps as a result, some even express sympathy for fans trying to watch their own budgets.

“In this tough economy a lot of the fans are looking to save money and get your project for free,” Torae points out, having released over four projects to retail. “Sometimes the fans are just trying to get to the music—they may not have $10.00 to drop on an album, but they still want the project so they just go get it however.”

While some artists may be sympathetic to fans’ desire to hear music without paying for it, The Recording Industry Association of America—the national trade organization that represents music distributors—certainly is not. Soon after Megaupload’s shutdown, they released a statement explaining that their actions do in fact lead to increased sales with legal online retailers. Because the RIAA largely represents the people who profit most directly from the sale or CDs and MP3s (i.e record labels) it should come as no surprise that they’d prefer to get rid of file-hosting services altogether.

Focusing purely on sales, however, misses the point that there is still an important promotional benefit to be found in cyber-lockers. Though it appears that music makes up the largest percentage of copyrighted content, a large portion of that material was intentionally put there by record labels, artists and PR agents who had the right to do so. Clayton Blaha, a Chicago-based publicist for the prominent digital PR firm Biz 3, recalls how Megaupload’s shuttering interrupted the promo cycle for a recent release:

“[Heems of Das Racist] released his [Nehru Jackets] mixtape just before Megaupload was shut down. We serviced the music with a Megaupload link, so tons of people to whom I sent the link couldn’t listen the music by the time they tried to obtain it, which was really annoying,” Blaha recounts. “Viral spread of the tape, which was 100% original content save a few obscure samples, could have been hampered by the shutdown.” Besides independent duo Das Racist, Biz 3 has represented major label acts such as Asher Roth, Freddie Gibbs and Death From Above 1979.

Mixtapes are rarely intended to be a direct source of income (and exist in a legal grey-area to begin with) so generally, it’s just easier for artists to distribute them through virtual middlemen rather than spending the money to host and distribute the files through their own servers. The ability to host files for free is also a keystone for music blogs, many of which would see their server costs grow exponentially if they had to host and distribute every song or mixtape they covered.

“If artists aren’t getting paid to create new music—and so few are—then they should at least have the means to make sure it’s heard by anyone and everyone,” adds Blaha, though he also recognizes that “upload sites could be considerably more diligent in taking down pirated content. They know it’s there and they thrive on it.”

The Profits From A “Mega Conspiracy”

Until now, Megaupload’s owners (as well as those of similar sites like Rapidshare or Hulkshare) have mostly survived on claiming ignorance to what users were uploading. Nevertheless, the Justice Department would seem to agree with Blaha, alleging that not only was Megaupload aware of the large amount of copyrighted material on its site, its owners actively conspired to profit from it.

According to the indictment filed with the U.S. District Court of Alexandria, Virginia, Dotcom and his associates “were members of the “Mega Conspiracy,” a worldwide criminal organization whose members engaged in criminal copyright infringement and money laundering on a massive scale with estimated harm to copyright holders well in excess of $500,000,000 and reported income in excess of $175,000,000.”

The document goes on to state that “since at least September 2005, Megaupload.com has been used by the defendants and other members and associates of the Mega Conspiracy to willfully reproduce and distribute many millions of infringing copies of copyrighted works, including motion pictures, television programs, musical recordings, electronic books, images, video games, and other computer software.”

“Megaupload is two things,” says Noah Rubin, VP of Music at Decon Records – a label distributed Fontana, a subsidiary of Universal. “On one hand, it’s a technology platform which I fundamentally support, and on the other, it’s a company that, both in policy and public image, went out of their way to treat artists and the creative industry in a divisive way, which diminished the core value of what they had to offer.”

In its own promotional materials, Megaupload claimed to have 1 billion users and represent 4% of all Internet traffic, and while those numbers seem to be an exaggeration, more conservative estimates still put the site at around 800 million users, some of which were being paid for uploading popular content whether they owned the copyright on the content or not. Analysts point out that there’s no telling how much of the site’s traffic actually involved pirated materials, but at least from an anecdotal standpoint, it’s commonly known that Megaupload was one of the top places to search for illegal files.

While it’s clear what motivates Megaupload and equally clear why the RIAA wants to stop them, it’s the artists themselves who seem unable to decide what the value of their music is, sending a mixed message to fans about whether or not “stealing” that music is wrong. Confusing the matter further, artists like Kanye West, Diddy and will.i.am appeared in a recent ”music video” endorsing the site. 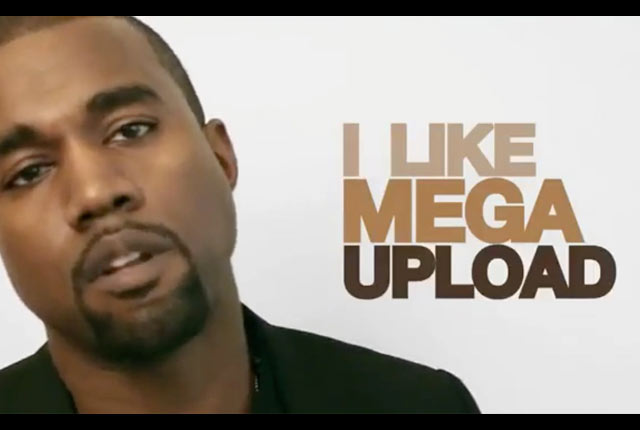 Universal Music Group (who is the parent company to labels which all three artists are signed to) managed to have the video briefly removed from YouTube on the grounds that Megaupload didn’t have authorization to use their artists’ images, but Megaupload claims to have signed consent forms from everyone involved. They filed a retaliatory suit against UMG but dropped it soon after, so the details of who was or wasn’t paid probably won’t come to light until the federal trial, if at all. Whatever their original purposes, the clips do still show those artists speaking favorably about Megaupload, so it’s probably fair to assume that they see at least some value in it.

Steps Toward A Real Solution

OnSmash founder Kevin Hofman pulled from his years working at major record labels in addition to suffering from take-downs in 2010 spoke about the grey area to the labels. “As copyright holders, they have the right to select partners for their content just like any other business,” stated Hoffa. “The real problem lies when one department solicits content to a third party while another department targets that same entity for supporting it. Since copyright laws have not caught up to technology we are left with grey area polarized by an individual or entity’s best interest.”

Ultimately, until the presumed victims of piracy find a way to get “on message” in regard to their opinions and then provide real solutions, there’s little hope of stopping it. Artists need to stop telling fans that they “just want people to hear the music” if it isn’t really true. And if it is true, they need to be more active in discouraging the labels from closing those distribution channels. Meanwhile, labels need to work more actively to create and support good, useful alternatives to Megaupload rather than waiting for the public to latch onto cumbersome, inconvenient subscription services that bind paying customers into restrictive licensing agreements.

Yes, there are both advantages and disadvantages to Megaupload’s existence, but until The Industry decides collectively whether or not to support it and then sticks to their guns, the fans will make the decision for them. The RIAA may succeed in closing Megauload, but there are similar sites already in existence and more likely to come—not only is it time to acknowledge that this problem won’t be solved by lawyers and threats, it’s also time to reassess what “the problem” even is. If not, the rest of us will be perfectly happy continuing to benefit from the confusion.

Alex Thornton has been a contributor to HipHopDX, since 2007. A former Associate Editor at AllHipHop.com, he can now commonly be found at MSN Groove or arguing with teenagers on the train in New York City.